A hitherto unknown type of cyanobacteria has been discovered. Poles in the research team 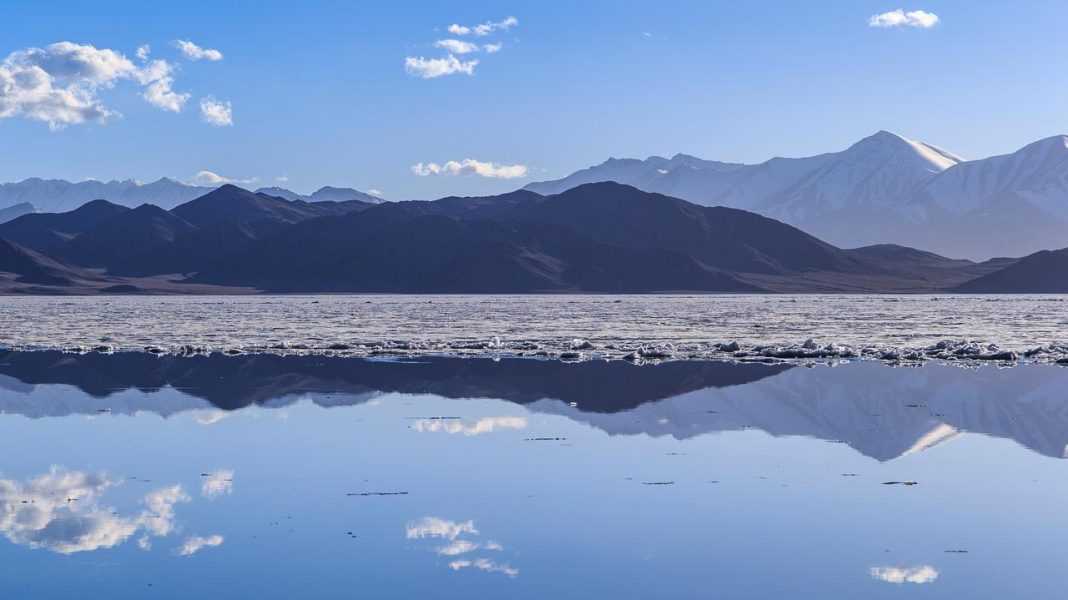 A Polish-Greek team of scientists has discovered a completely new type of cyanobattery. The group consisted of researchers from the University of Warsaw and the University of Adam Mickiewicz in Poznań. Previously unknown cyanosis was detected in hot springs in the East Pamir region of Tajikistan.

Not only a new species, but also a completely new kind – that is, a higher taxonomically higher unit – of cyanobacteria was discovered by a team of scientists led by Dr. Iwona Jasser from the Faculty of Biology at the University of Warsaw.

This one is unlike any previously known genre cyanosis inhabits the geothermal springs of the East Pamir Mountains in Tajikistan. According to its discoverers, it may turn out to be not only a new evolutionary line of cyanobacteria, but also a potential producer of bioactive substances. An article on the new organism containing the results of preliminary research into its biology appeared in the academic journal Molecular Phylogenetics and Evolution.

– We were all interested in studying hot springs because we thought they might contain interesting cyanobacteria. In my case it started with the fact that while exploring the East Pamir Mountains I accidentally stumbled upon an unusual geothermal spring: at a length of almost 200 meters it was covered with a very thick layer of green-brown “sheepskin” – said Dr. Jasser. – He looked amazing. We decided that it is definitely worth examining it more closely, because it must be something unusual – she added.

A fragment of this “coat”, which in fact was a microbial mat, was brought to Poland by scientists. They examined it microscopically and biochemically, and also checked which organisms could be isolated from it. As they suspected, cyanobacteria were isolated from the mat and then grown in the laboratory.

– The cultivation of organisms from such specific, extreme environments is very difficult, because we are not able to provide them with the conditions in which they live naturally – even if we take care of a sufficiently high temperature, etc. Each such culture that can be carried out is large success. And this time we succeeded – said Dr. Jasser.

Although morphologically single individuals did not look particularly interesting or unique, molecular analyzes (based on DNA) showed that the cyanobacteria imported from Tajikistan is very difficult to match to any of the existing taxonomic groups.

– In the past, the taxonomy of cyanobacteria was based solely on their morphological features, primarily the shapes of cells – explained the author of the publication. – We divided them into threadlike, spherical, branched cyanobacteria, and even those that create complex, three-dimensional structures made of many threads. Later it turned out that in the process of evolution, that is over millions of years, cyanobacteria can alternately lose and regain their multicellularity. Therefore, the division based on morphological features turned out to be completely wrong. Today we know that despite having the same appearance, cyanobacteria can belong to very different orders. Only DNA analyzes reveal the true relationship between these organisms, she added.

This was the case with cyanosis discovered in the Pamir Mountains. Molecular studies have revealed that it cannot be classified as any previously known species of cyanobacteria. Not only that – it turned out to be unlike any described type.

Not only a new genre

Scientists quickly realized that they had discovered a new group of organisms. They named the unusual cyanosis Hillbrichtia pamiria. Pamiria – from the place where it was found, Hillbrichtia – from the name of the late Polish hydrologist, prof. Anna Hillbricht-Ilkowska.

– So far we have quite modestly stated that Hillbrichtia it’s a new kind. However, even on a higher level, it is difficult to find the right group for her. So it is possible that it may even be a new row. To find out, you will need to find organisms similar to it. Then everything will be clear – emphasized the author of the study.

Apart from H. pamiria Two other completely new species of cyanobacteria and a second new genus are described in the discussed publication. The latter was found in Greece by the team of prof. Gkelis.

– When it comes to Hillbrichtia, it was obvious at first glance that it is a unique organism. She built microbial mats like we haven’t seen before; it could grow at very high temperatures, but – interestingly – also at much lower temperatures. In the very center of the thermal reservoir we are examining in the Pamirs, the temperature exceeded 50 degrees Celsius, but 200 meters away it was only 28 degrees Celsius. And cyanosis did very well in both of these places. This means that it has a very large adaptation potential – said the researcher.

As he explains, microbial (or microbiological) mats are multilayer sheets composed of many biofilms that overlap each other. These biofilms are mainly formed by cyanobacteria, although the successive layers may be dominated by various other microorganisms.

– Cyanobacteria are the basis of the mat, because firstly – they are primary producers, i.e. photosynthesize, provide organic carbon, build a substrate for others, and secondly, they can create very large colonies with a specific structure, which will become a place to live for other organisms – she said Jasser. – In addition to cyanobacteria, other photosynthetic organisms begin to develop: some algae, green algae, diatoms, and later also heterotrophic organisms – archaea, anaerobic bacteria. Autotrophs can also develop, but this time anaerobic. As a result, there are many different layers in such a mat, and the organisms that compose them play very different roles, she noted.

Microbial mats were among the first groups of organisms to live on Earth. They already existed about 3-3.5 billion years ago and for a long time for a long time were the only and most important ecosystems on our planet. Scientists believe that it was thanks to them that the Earth’s atmosphere and more complex cells, i.e. eukaryotes, were created.

The authors of the publication also compared the cyanobacteria isolated from mats brought from several different hot springs: the Tajik mat by Dr. Jasser, the mats of the team of Prof. Kokociński (found near Uniejów) and two mats from the group of prof. Gkelis: Greek and Icelandic.

– We started to compare the ecophysiological properties of the cyanobacteria isolated by us, we checked their phylogenetic affiliation. We also wanted to investigate whether – and what genes encoding heat shock white are present in our cyanobacteria – said Dr. Jasser. She explained that heat shock proteins (Hsps) are specific compounds that increase their expression under stressful conditions, such as very low or very high temperatures, high salinity, and the presence of heavy metals. The fact that the studied cyanobacteria came from hot springs led scientists to believe that they had such proteins.

The assumptions were quickly confirmed. Additionally, it was found that cyanobacteria with three Hsp-coding genes performed best at high temperatures. Interestingly, all of these genes were involved in the production of toxins at the same time. ‘This confirmed the scientific hypothesis that these toxin-related genes allow microorganisms to adapt to harsh environments,’ emphasized Jasser.

How are toxins related to adaptation to the environment? The researcher explained that the synthesis of these toxins takes place extra-aromatically. This means that enzymes are synthesized on ribosomes, which only then will be involved in the synthesis of other proteins. In this case, the same genes, the products of which will be key in the pathways of toxin biosynthesis, also take part in the pathways leading to the production of other substances, e.g. those related to adaptation to extreme environmental conditions. – These are the same single genes, but their expression can lead to the formation of different products – explained the biologist.

In the course of the experiments it turned out that Hillbrichtia pamiria produces yet another, extremely interesting substance. It is debromoaplasiatoxin – a substance known to cause allergic reactions such as severe itching, and studies in mice have revealed that it also promotes the formation of cancerous tumors and other disorders that can even lead to death in animals.

At the same time, the same compound – if it is stripped of certain elements in the laboratory – has a completely opposite effect: it inhibits the growth of cancer cells. “It’s a very interesting compound, and we’ve confirmed that this particular cyanosis produces it. Interestingly, it could not be found in natural conditions, i.e. in a mat brought from the Pamirs, and only in laboratory cultivation – she said. – It is definitely worth giving up, then Hillbrichtia even more detailed biochemical and genetic analyzes to check whether it produces any other interesting biologically active compounds – the researcher added.

Share
Facebook
Twitter
Pinterest
WhatsApp
Previous articleRussia, Vladimir Putin. Andrzej Zaucha on who could replace the president of Russia
Next articleLiverpool crushed by Actual Madrid in Champions League remaining and left with two cups – so has this season been successful? | Soccer Information