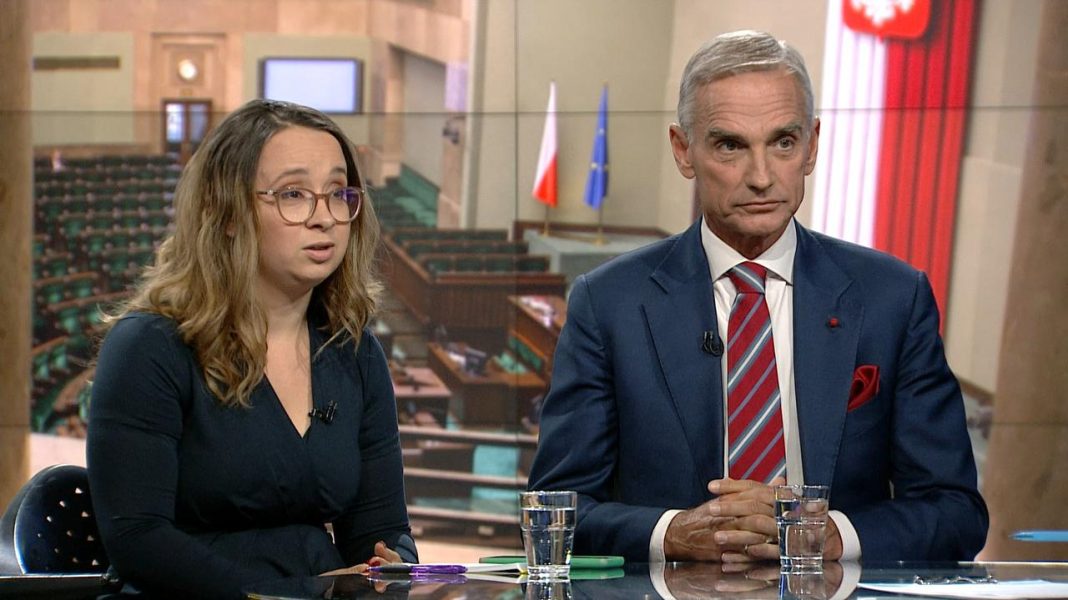 About Agnieszka Ścigaj’s transfer to the government in “Fakty po Faktach”. – From a political point of view, it is a surprising decision, because it was rather critical of the United Right camp – noticed non-attached senator Jan Maria Jackowski. Left MP, Marcelina Zawisza, in turn, drew attention to the growing composition in the prime minister’s office. “The ministers drop out of this government and then come back and some other people come by,” she said.

The guests of the Thursday edition of “Fakty po Faktach” on TVN24 were non-attached senator Jan Maria Jackowski and Marcelina Zawisza, member of the Left club.

Politicians commented on the entry into the government of MEP Agnieszka Ścigaj, who joined the Sejm in 2015 on the Kukiz’15 list. After leaving the Polish Coalition (which for some time included the group Paweł Kukiz) in November 2020, she became a non-attached member. In 2021, Ścigaj – together with Paweł Szramka and Andrzej Sośnierz – created a parliamentary group Polskie Sprawy. Now she has taken the position of a minister in the government of the United Right.

“The government got these 231 votes”

– I highly appreciate Mrs Ścigaj, she has a great track record as a parliamentarian, in those matters in which she specializes: social welfare and social policy, she is undoubtedly a specialist – said Jackowski.

As a reminder that Ścigaj is to deal with, inter alia, refugees from UkraineJackowski stated that “it is correct that there is a person in the government responsible for this issue.” “However, this is a separate topic, I do not want to elaborate on it at the moment,” he cut short, drawing attention to another issue. – From the political point of view, this is a surprising decision, because Agnieszka Ścigaj was rather critical of the United Right camp and the political direction that was being implemented – he recalled.

– Here it turned out that she supported the government, what is more, the government obtained these 231 votes, what is more, at the moment, the position of Paweł Kukiz, who was a certain political father for the deputy, because she got a seat from Kukiz’s list, is less important, because the government has by himself 231 votes – he noted. The number mentioned by the senator – 231 – is the statutory majority in the Sejm.

WATCH AN INTERVIEW WITH ZAWISZA AND JACKOWSKI ON TVN24 GO

Zawisza admitted that such a transfer to the government is “very surprising” for her. “What is not surprising is that the government of Law and Justice has once again exploded government structures,” she commented. – I think that it is a bit characteristic of this government that the Chancellery of the Prime Minister has in principle record-breaking expenses that have not been seen for years, and that we have a growing group of ministers and this group is growing – she pointed out.

Read more on Konkret24: The effect of the reconstruction of the Morawiecki cabinet: we have the largest row in 30 years

The deputy recalled here Fr. return to the government of Tadeusz Kościńskithe Minister of Finance at the time it was introduced Polish Order. – This is the yo-yo effect – she assessed. “These ministers drop out of this government and then rush back and some other people come by,” she explained.

When asked whether the appointment of “Race to the government” was more about her competences, or about the so-called sabers (i.e. a vote “in favor of” government projects), she replied that “she is afraid that they are sabers”.

– With all noble motives and intentions, it is, in a way, playable. It is very unpleasant for me – she admitted. – I very often disagree with Ms Ścigaj, we have completely different views, but very often I respected her commitment, outlook on the world, and sensitivity she has. I hope he won’t regret it in a year and a half – she thought.

AGNIESZKA ŚCIGAJ WAS THIS DAY’S GUEST OF “FACT” AFTER FACTS “