Beach safety. How to watch a child by the water. What to do if you lose sight of your baby 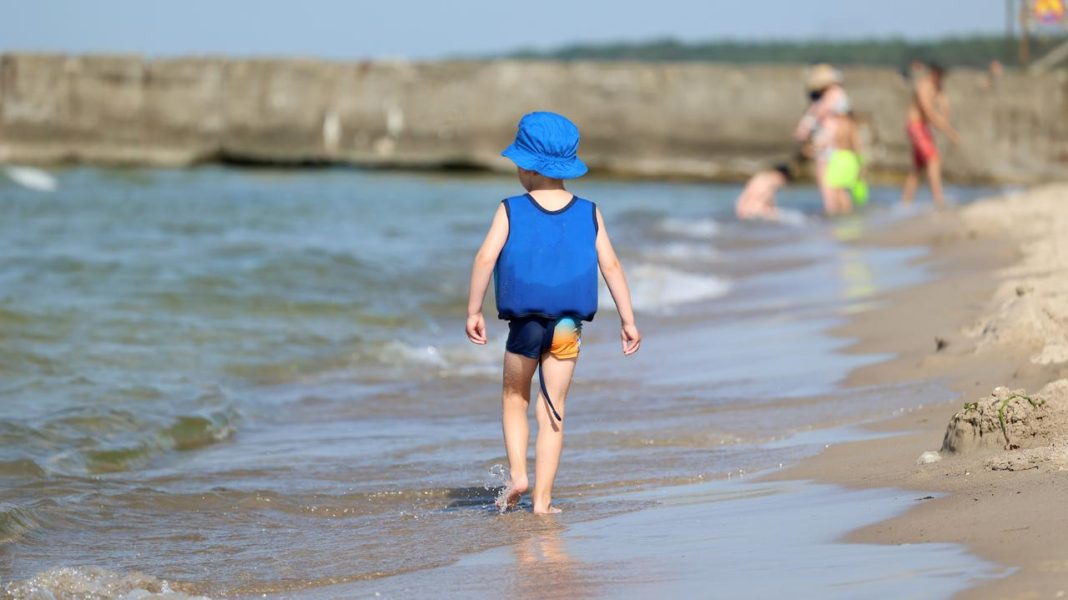 Lifeguards warn: because of the many stimuli and interesting things that can be found on the beaches, it is easy to distract the youngest. That is why every year, in coastal areas, hundreds of children who have distanced themselves from their parents are searched for. If a child is lost, first of all, the rescuers should be notified, because if they enter the water, seconds can really decide about their life – appeals the Water Rescue Service.

– There are a lot of interesting things at the seaside. The child can run towards something that interests them in a matter of seconds. A short while is really enough – said lifeguard Łukasz Kamiński from the Water Rescue Service.

Not relaxation, but constant responsibility

He added that losing children is a serious problem, especially at the seaside, when the beach is crowded, and some caregivers forget that resting with a child is not only relaxation, but also a constant responsibility. – It is not children who are lost, but parents who lose their children. Children are only curious about the world, the parent should observe the child, not the other way around – said Leszek Pytel, the chief of rescuers from Mielno.

In the summer season, rescuers, sometimes with the help of the police, look for almost 100 children on the beaches of Mielno, according to Pytel. Usually it ends up crying and finding the parents quickly.

– A few years ago, we had a case that a child managed to walk about seven kilometers along the beach, from Mielno to Sarbinowo, before it was found. This year, in July, we were looking for a five-year-old. We found her in Gąski, not so far from where her parents were sunbathing. It was a blonde-haired girl wearing a pink swimsuit, but her parents, to whom she disappeared from sight, described her clothes differently. They were convinced that it was not their child who was safely waiting for them at the rescuers. Only when the police showed them the girl’s photo did they confirm that it was their daughter – Pytel said.

How to protect yourself?

Kaminski confirmed that there are cases when parents are unable to say what the child is wearing – because they are too nervous or they mechanically put on his clothes, ignoring their features. That is why, for example, it is worth choosing a beachwear with a certain characteristic element and remembering it.

– It is very important for us, rescuers – we are able to identify this child even from a distance. If we do not have such characteristic elements, and the only information is, for example, the color of a child’s hair, it is easy to imagine how much longer the search will be – said Kamiński.

He emphasized that when children get lost, wristbands, which are often issued by lifeguards on the beach or during preventive actions, are very helpful. The parent’s phone number is saved on the armband, which significantly reduces the contact time.

– If a child is lost, first of all, the rescuers should be notified – immediately go to the rescue station, because if the child falls into the water, seconds can really decide about his life – said Kamiński.

Other people relaxing by the water may be helpful in your search, so rescuers encourage you to pay attention to the youngest and not to pass by a confused, crying child indifferently.

– We approach such a toddler, we ask where the parents are. If he cannot indicate it, we call the emergency number 112 or a water emergency number 601-100-100 and we inform you that we have found a child whose guardians are not nearby. Time is of the essence here. It is possible that the services already have information about the loss and thanks to our phone the case will end well very quickly “- said the paramedic.

He emphasized that it is better not to move away from the place where we found the child, unless the person receiving the report so indicated.