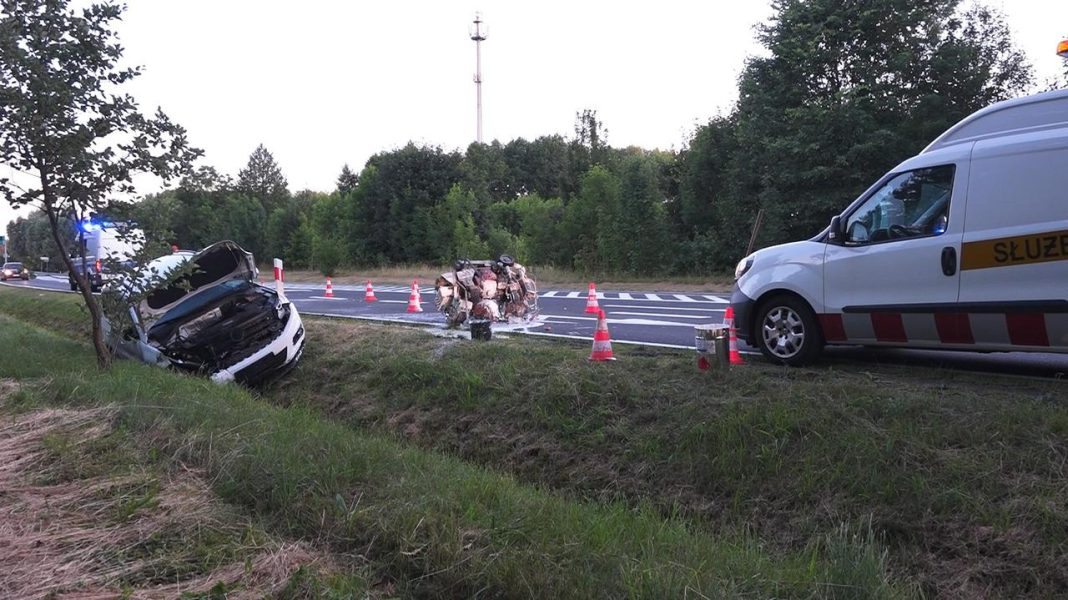 Road workers who were hit on Tuesday in Bolemin (Lubuskie Voivodeship) are still in the hospital. They were painting stripes on the road when a 62-year-old driver ran over them with a car. The suspect will be responsible for causing the accident while drunk.

A 62-year-old driver who is suspected of causing an accident on the national road No. 22 in Bolemin (Lubuskie Voivodeship) was brought to the prosecutor’s office. – He will be responsible for causing an accident while drunk. For this, he is threatened with up to 5 years imprisonment. An expert will be appointed in the proceedings to assess the technical condition of the vehicle in which the man was driving. It will also be important what injuries sustained and how long they will require hospitalization, Grzegorz Jaroszewicz, a spokesman for the Gorzów police, told tvn24.pl.

“The condition of both men is difficult but stable”

The accident happened on Tuesday just before 8 p.m. in Bolemin near Gorzów Wielkopolski (Lubuskie Province). There were two road service workers on the national road No. 22. According to the fire brigade, one of them painted stripes on the road, and the other set up cones. The 62-year-old drunk driver hit them both, then drove into a nearby ditch.

A fire brigade, the police, two ambulances and a helicopter from the Polish Medical Air Rescue were ordered to the site. The injured were taken to the hospital in Gorzów Wielkopolski. They were seriously injured.

– The condition of both men is difficult but stable. One of them is in the intensive care unit and the other in the neurosurgery unit. They suffered multi-site injuries, especially in the area of ​​the head – said Aleksandra Szymańska, a spokeswoman for the Multispecialist Provincial Hospital in Gorzów on Wednesday.

They were both still in hospital on Thursday.

The driver was drunk

It turned out that the man driving the Volkswagen was under the influence of alcohol. – The study showed that he had 1.2 per mille of alcohol in his body. On top of that, he was banned from driving. It turns out that his driving license was also detained for drunk driving, Jaroszewicz said on Wednesday.

According to the police, it was initially established that the place designated for work on the road was properly separated and marked.

If you would like us to be interested in a topic related to your region – we are waiting for your signals / materials. Write to Kontakt24@tvn.pl.