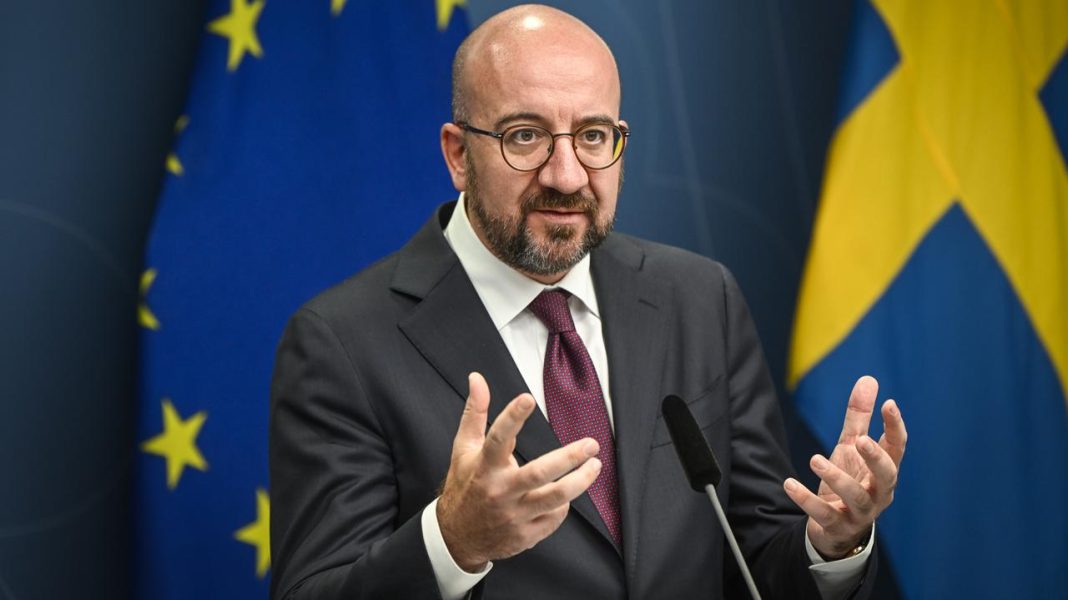 Charles Michel, President of the European Council, announced that leaders at the European Union summit in Brussels will talk about Ukraine, energy, food security and defense. “We will continue to put pressure on Russia. Our unity has always been our strongest asset,” he wrote in a letter to EU leaders.

“Ukraine shows tremendous courage and dignity in the face of Russian aggression and atrocities. From day one, we have consistently provided humanitarian, financial, military and political support to the Ukrainian nation and its leaders,” wrote Charles Michel.

Talks about Ukraine in Brussels

“We will continue to put pressure on Russia. Our unity has always been our strongest asset. It remains our guiding principle,” wrote Charles Michel. As he noted, during the first working session, the leaders will deal with the situation in Ukraine, and Ukrainian President Zelenskiy will join them via a video link at the beginning of the discussion.

“One of our most pressing problems is helping the Ukrainian state, together with our international partners, in its liquidity needs. We will also talk about how best to organize our support for the reconstruction of Ukraine, because the reconstruction of this country will require a great global effort” – said the Head of the Council European.

“We will return to energy, including high prices, which are hitting our homes and businesses hard. We must accelerate our energy transition if we are to move away from our dependence on Russian fossil fuels as soon as possible. ways to continue working, “wrote Michel.

According to the head of the European Council, Russia’s military aggression may have a dramatic impact on global food security. “Food prices have risen and we face a serious threat of hunger and destabilization in many parts of the world. At our meeting, we will discuss specific ways to help Ukraine export agricultural products using EU infrastructure,” he stressed.

“We will also see how to better coordinate multilateral initiatives in this regard. Given the high sensitivity of African countries to the issue of food security, African Union President Macky Sall will join us via a video link to discuss this topic,” he noted.

The talks are also supposed to concern defense. “Russia’s war with Ukraine further strengthened our ambitions for a strong, coordinated European defense. In March, we commissioned the Commission, in cooperation with the European Defense Agency, to present a defense investment gap analysis and to propose any further initiatives to strengthen Europe’s industrial and technological base in the field of defense “- he wrote.

“Our immediate priority is to coordinate Member States’ efforts to replenish stocks and build a European industrial base. We will discuss how to address these two issues,” Michel said.