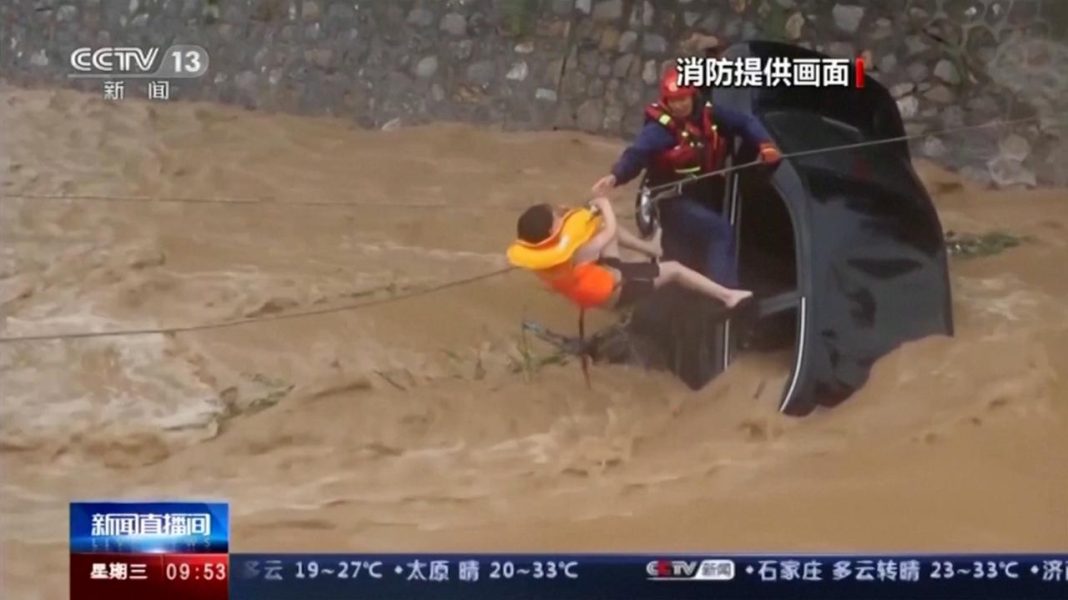 After heavy rains flooded roads and farmland in China’s Henan and Guangdong provinces, more than 1,000 residents had to flee their homes. In many places in the area hit by typhoon Khaba, people are still waiting for help. Cameras recorded some of the rescue operations.

In Xinyang In Henan Province, residents have created a human chain to help get students out of the flooded school. In the same province as the city Anyang, families were rescued with an excavator. In Hebi the rescuers, crossing the rope over the water, pulled the driver from the partially submerged car. In the city Shaoguan homes and farmlands were flooded in Guangdong Province. According to CCTV, over a thousand people were displaced from there due to the flood.

Precipitation was caused by typhoon Khaba. “It’s a moderate-intensity typhoon, and it will lose strength over time, but it will bring very heavy rains,” said Gao Shuanzhu, a weather scientist at China’s National Meteorological Center last week. “A record for cumulative rainfall may be broken because the monsoon rains inland,” he pointed out.