Croatia. An accident of a Polish coach. Poles died. The delegation is flying to Croatia 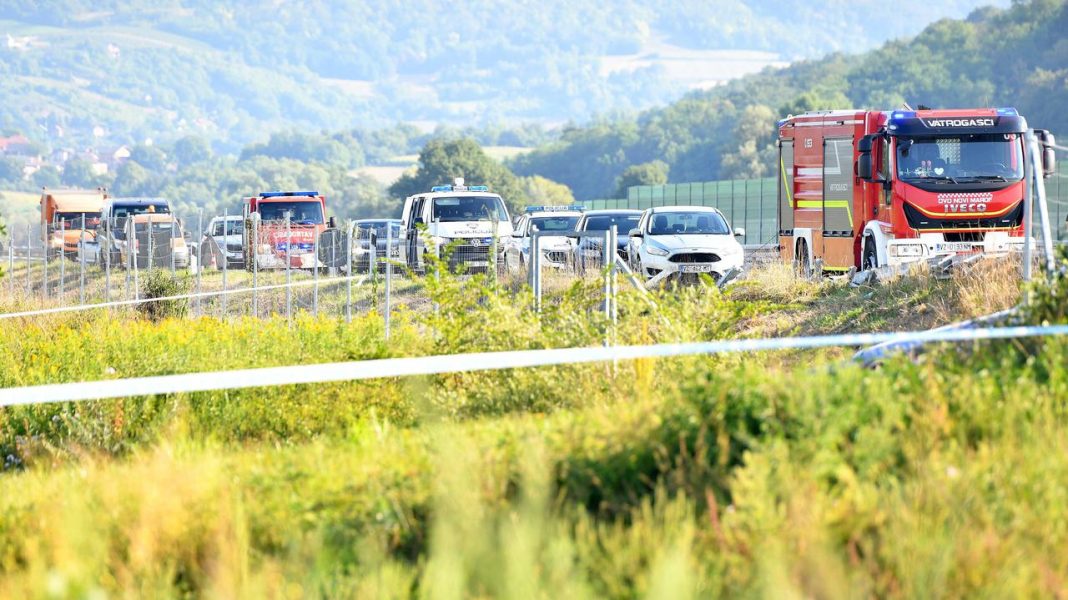 After the accident in Croatia, Prime Minister Mateusz Morawiecki decided to send a Polish delegation on the spot. Among those flying there are Minister of Health Adam Niedzielski, Deputy Minister of Foreign Affairs Marcin Przydacz, and Robert Gałązkowski, director of the Air Ambulance Service. – We are on board the plane, we are taking off in a moment. There is a medical team of five, two psychologists, minister Niedzielski, minister Przydacz, consular services – said Gałązkowski on TVN24 before the departure.

The accident happened around 5.40 am on the A4 motorway, north of Zagreb, in the Varajdina region, between Jarek Bisaszki and Podvorec. Prime Minister Mateusz Morawiecki said that the victims were Polish pilgrims on their way to Medjugorje.

The Embassy of the Republic of Poland in Zagreb has launched a hotline where members of the victims’ families can obtain information: + 38 514 899 414.

According to the information provided by the Ministry of Foreign Affairs, there were two drivers and 42 pilgrims on board the bus, mainly from Sokołów, Konin and Jedlnia near Radom.

According to the latest information, 12 people have died, 32 are injured, including 19 seriously.

LPR Director: Our goal is to verify the condition of patients

– We are flying as a humanitarian and medical team. Our goal is to verify the condition of patients there, talk to our Croatian colleagues whether they need any help from the Polish side and prepare scenarios for the next days – said Robert Gałązkowski, director of the Polish Air Rescue Service, on TVN24.

– These can be scenarios of medical evacuation, scenarios such that we will be able to take the less wounded, for example today, if they wish to do so. We want to meet doctors from all centers, we want to conduct a medical report with each patient, so that we have full medical knowledge that will allow us to make substantive decisions today and in the coming days – he explained.

The Polish consul and the vice-consul are at the scene of the accident.

President Andrzej Duda offered condolences to the families of the victims. He assured that the Polish authorities were working with Croatian emergency services and authorities to help our compatriots.

Croatian Prime Minister Andrej Plenković announced that he had talked with Prime Minister Morawiecki about the accident. “On behalf of the Government of the Republic of Croatia, I expressed my condolences to the families of the victims, informing them about the involvement of all services, and the wounded were provided with assistance,” he wrote.

The announcement was also made by the head of the Ministry of Foreign Affairs, Zbigniew Rau, who said that he had talked with his counterpart, Gordan Grlic-Radman. “I thanked the Croatian state services and the public for their help,” wrote the minister.

The head of the Croatian Ministry of Foreign Affairs, Gordan Grlić-Radman, announced that he had spoken on the phone with Zbigniew Rau. During the conversation, the politician expressed his sympathy in connection with the accident and expressed hope for a quick recovery of the injured.

The Ukrainian Prime Minister Denys Szmyhal also drew attention to the tragedy of Polish citizens in Croatia. He wrote that I “sadly” received the news of the accident. “I express my sincerest condolences to the families of the victims and to the entire Polish Nation. I wish all the wounded to recover quickly,” he added.

In turn, the Latvian Foreign Minister Edgars Rinkevics expressed “deep condolences to Poles, families and friends of the accident victims” and wished the victims “a quick recovery”.

Share
Facebook
Twitter
Pinterest
WhatsApp
Previous articleHow the Homicide of JonBenét Ramsey Grew to become a Nationwide Obsession
Next articleThere isn’t any manner that Manchin, Schumer’s reckless tax and spend proposal will get my assist