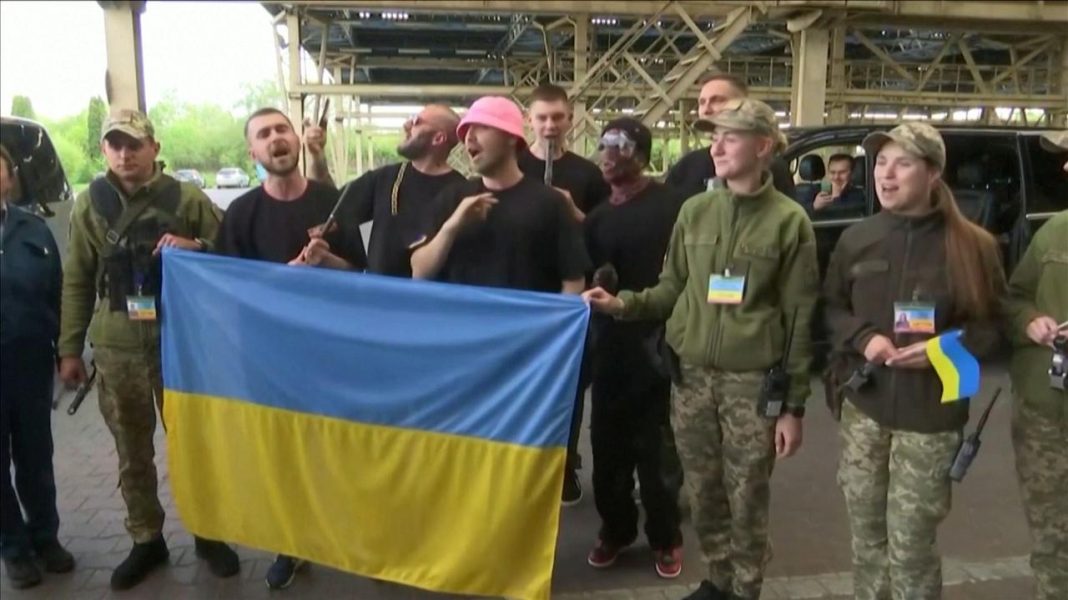 Kalush Orchestra, the winners of this year’s Eurovision, returned to Ukraine on Monday. At the border with Poland, they were welcomed by soldiers and women, whose fate was sung by the team in the winning song.

A special ceremony took place in the car park in Krakowiec, near the border crossing with Poland. The band performed a special version of the winning song “Stefania”. The border guards standing next to them sang the song.

The band’s frontman, Oleh Psiuk, received a bouquet of yellow and blue flowers – in the colors of the Ukrainian flag – and met his girlfriend Oleksandra.

Earlier, in an interview with the Italian TV RAI, the Ukrainians explained that they would be in Ukraine on Monday, because they had only been granted a temporary permit to leave their country.

Psiuk added that after returning to the country, he would resume his activity in the voluntary organization which he founded to help fellow countrymen who are in a difficult situation due to Russian aggression in finding a place to live or access to food and medicine.

READ MORE: Eurovision winners: they want to kill our culture, it has to survive

The winners of the 66th Eurovision Song Contest

Kalush Orchestra with the song “Stefania”, dedicated to mothers, he won the 66th Eurovision Song Contest on Saturday night in Turinahead of Great Britain and Spain. The Ukrainians scored a total of 631 points and won thanks to the audience vote.

After the song was performed, Ukrainian musicians called from the stage to help Ukraine, Mariupol and the defenders of Azovstal.

By saying these words, the musicians ran the risk of disqualification. This is because the rules of the competition prohibit the making of political declarations.