Fruit prices in Poland – data from the market in Bronisze. How much are cherries, apples, plums, blueberries? 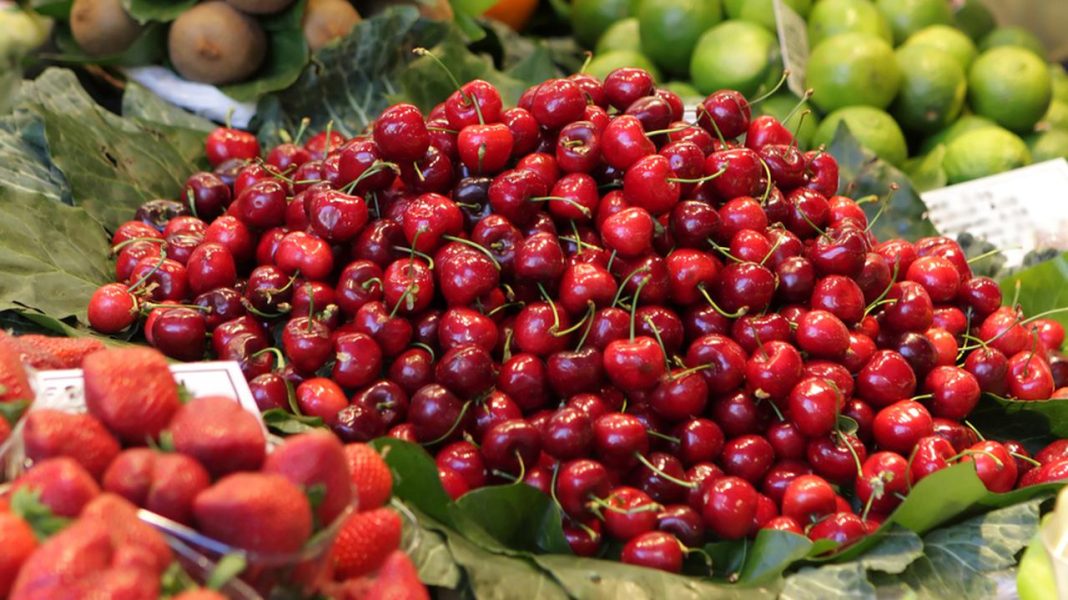 The cherries are running out, they will disappear in a few days. The first plums and apples appear – said Maciej Kmera, spokesman for the market in Bronisze. He added that it is the season for all fruits, especially berries, such as currants, blueberries and raspberries.

– Now is the season for all the fruits, there is a festival. All fruits are available, especially berries – currants, blueberries, raspberries, gooseberries, although the latter will end soon and we will pay from 10 to 15 zlotys per kilogram for it. We will pay about 30 or 35 zlotys for a kilo of raspberries. On Thursday, a kilo of red currants cost from 4 to 8 zlotys. In addition, the first summer plums of domestic production are available in various varieties – their prices are low, i.e. from 1.5 to 2.5 zlotys per kilogram. Every day there will be more and more of them – emphasized Maciej Kmera, spokesman for the wholesale market in Bronisze, who spoke with PAP about the current situation on the fruit and vegetable market.

“It is already, you could say, a luxury product”

“Cherry time is up,” said the expert. – It is already, you could say, a luxury product. Now it is practically out of season and you have to pay even PLN 15 per kilogram. There are very few of them now or they come from the storage room. A few more days and they will simply disappear – he emphasized. He added that “the cherries are also slowly running out”.

Kmera pointed out that apricots are running out as well, but that “there are more and more peaches”. – Stone fruits, i.e. peach, nectarine, apricot – this year they are relatively expensive. Spring losses occurred in the Mediterranean basin, probably due to the weather system, so they are more expensive than in previous years. I suppose it was during the flowering period in March / April. For example, in Spain there were heavy losses due to snowstorms and downpours. Generally, the harvest is smaller, so the fruit is more expensive, ‘he explained.

Poland imports peaches, nectarines and apricots. These fruits, imported from Spain, “start at seven and end at eleven zlotys per kilogram”. – A slightly cheaper alternative is to import from Greece, here the prices are from 5 to 7, sometimes 8 zlotys per kilogram – said Kmera. The cheapest ones are imported from Serbiawhich cost “5 to 6 PLN / kg”.

The expert was asked whether fruit or vegetables grown in Poland were affected by the weather. – Cruciferous vegetables, that is white cabbage and cauliflower, suffer the most, which are mainly damaged by the heat. This is reflected in prices that are significantly higher. Currently, you have to pay about 5 zlotys for one cabbage and about 4.5 zlotys for cauliflower. In previous years, this price fluctuated around PLN 2-2.5 per piece – he said.

– Currently, the highest supply is the American blueberry, otherwise known as high (…) domestic production. The price varies from PLN 12 to PLN 18 per kilogram, it depends on how they are packaged, i.e. whether they are packed in three-kilogram straw bales or in plastic containers of 250 grams – the expert said. The price of blueberries “does not differ significantly from the prices in previous years”. Kmera noted that the peak season is not yet “around mid-August”.

A market spokesman in Bronisze informed that the first domestic apples of the following varieties are available: Piros, Papierówka, Paula Red and Antonówka. – The price is around PLN 3.5 per kilogram – he said.

Kmera referred to the question about the relatively high price of blueberries. “The berries are picked by hand, it’s a very tedious job,” he explained. He added that we will now pay about PLN 25 per kilogram. – Of course, there were years when they were cheaper. Where does the current price come from? I do not know. It may be that there are fewer of them in the forests, but I think that it is primarily about the cost of work – there are fewer applicants, but also the farmers themselves complain about the lack of workers for manual harvesting – he explained.

The market spokesman in Bronisze pointed out that there is less demand at present. – The holiday season is on – in the case of Warsaw, a lot of people have just left and do not shop in greengrocers or bazaars. Second, our shopkeepers report on frugal consumer behavior. People buy less and are not looking for top quality goods. What is the exact percentage of reduction (of the demand – ed.)? Nobody knows, because we do not have the tools to study this phenomenon. We are talking (…) about the subjective feelings of sellers – shopkeepers – he emphasized.