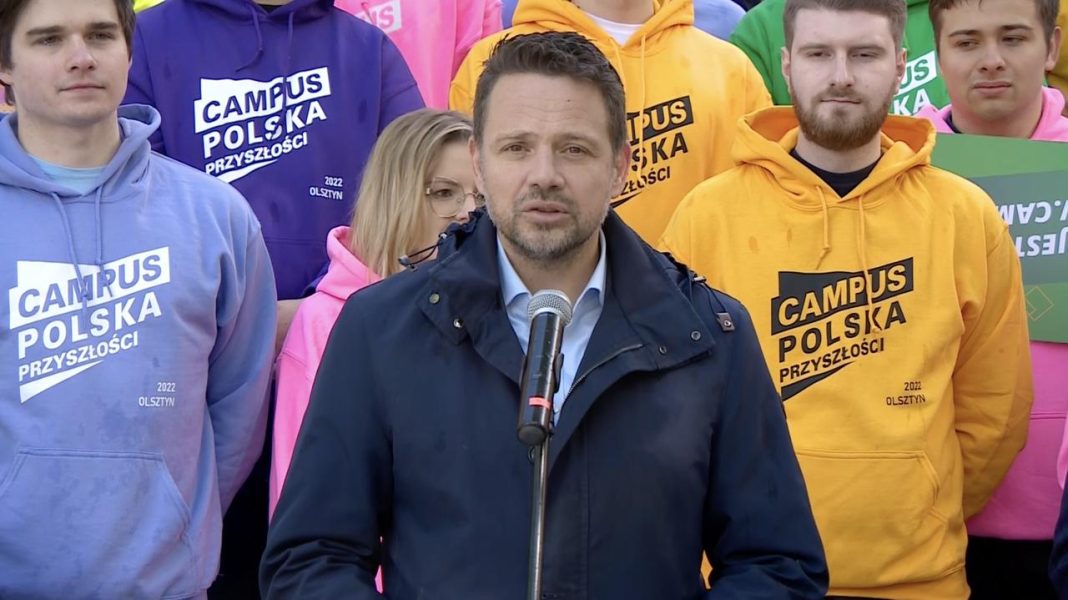 We want to talk about how to build the future together, how to integrate, how to plan a strategy together, if we are talking about education, healthcare or the involvement of our friends from Ukraine in Polish affairs – said Rafał Trzaskowski in Oborniki Śląskie (Lower Silesia Province). The politician of the Civic Coalition, the president of Warsaw, took part in the meeting promoting the Campus Polska Przyszłość.

We want to look ahead, talk about the future, and plan solutions for the future – said Rafał Trzaskowi on Saturday in Oborniki Śląskie.

During the meetings, the politician reminds that registration for the next Campus Poland of the Future has started, which will take place between August 26 and September 1 in Olsztyn. – For the second time we talk to young people about what bothers them, first of all we listen to their voice, and thanks to the fact that we are on campus all week, we can learn a lot from them and also organize the campus in such a way that it corresponded to their aspirations – said Trzaskowki on Friday at the meeting in Wrocław. He emphasized, adding that this year it is the young people who took part in the previous edition who are co-organizing the event.

Poland of the Future Campus

On Saturday in Oborniki Śląskie, Trzaskowski argued that “we are often immersed in the present today, in disputes that should have passed away a long time ago, and we should focus on those challenges that are the most important for young people”.

The participants of the Polish Future Campus fill out questionnaires on the basis of which the topics discussed during this event are selected. – We already know today that it will definitely be a fight against climate warming, it will certainly be challenges resulting from the change of the European Union’s policy in terms of independence from energy resources from Russia. Certainly, these will be the rights of minorities, women’s rights, we will talk about the challenges of the future related to, for example, artificial intelligence, because these are the topics that bother young people – explained the politician.