Go-go clubs. Customers were losing fortunes. The policemen broke up a nationwide group 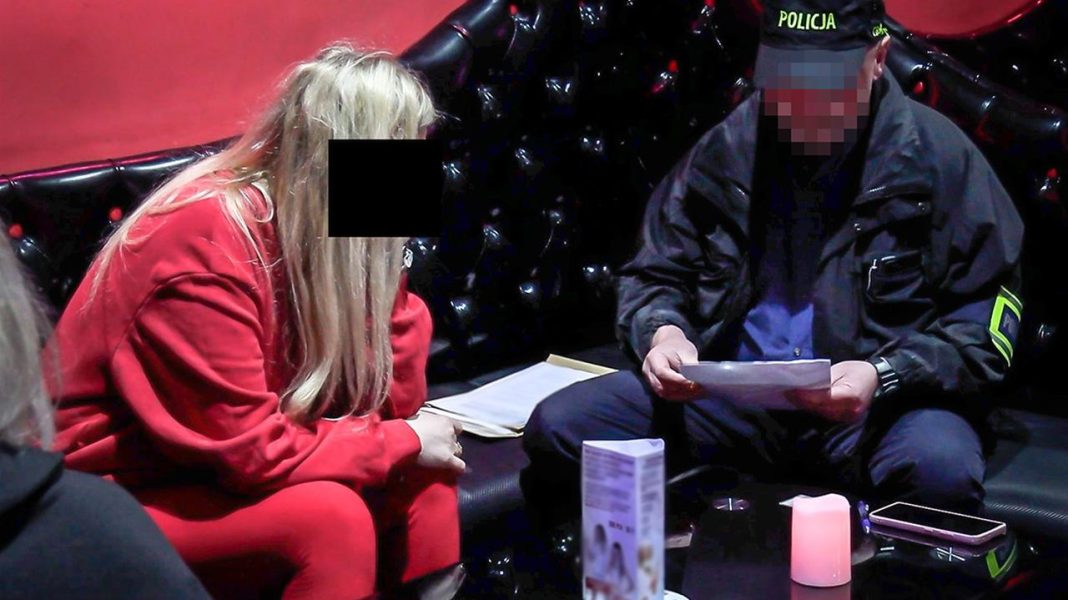 They entered clubs, lost consciousness, and in the morning they woke up with no money or loans. The police informed about an extensive investigation against the heads of the go-go club network. Is the action the beginning of the end of the organized – as the police say – the procedure of cheating customers?

A few weeks ago, the policemen boasted about breaking up a nationwide, organized group dealing with extorting money from clients in dozens of so-called go-go clubs. The action was attended by 500 officers who entered over twenty places all over the country.

– A total of 22 people were detained, 19 of which were temporarily arrested. They were charged with, inter alia, participation in an organized crime group, as well as participation in frauds and robberies committed on clients of go-go clubs – says the inspector. Iwona Jurkiewicz, spokesman for the Central Police Investigation Bureau.

Officers discovered that specialized “staff” constantly indicated to the staff of all clubs which of the men would be easy prey.

Many clients remember practically nothing from their stay at the club. When they checked their account balance in the morning, they realized that they had lost tens of thousands of zlotys, for which they allegedly offered the hostesses extremely expensive champagne, bought them roses or ordered a private dance in a separate room.

– I’ve literally drunk three-quarters of a beer and can’t remember any more. I fired up my smartphone and was dumbfounded. I saw transactions amounting to 120 thousand. zloty. I didn’t have that kind of money, but three single credits for 50,000 were taken on me. This was done via the app. It happened during his stay at the club – he told Note! Mr. Adrian.

We informed about the frauds that can occur on a daily and mass scale in go-go clubs in “Note!” already three years ago. The injured men reported to the police, but almost all investigations were discontinued due to lack of evidence. Mr. Marek was the only one who did not give up and sought justice on his own. He was helped by the acquired recording of the camera that was working during his stay in the premises. Although it only comprised the club hall and the ATM installed in it, you could see the condition of the man.

The man hired a lawyer and more than four years ago accused four of the club’s employees of misappropriating property. The court battle began with a defeat.

– They actually made me understand that when I was going there, I should take into account that it would happen, because these places were created for this very purpose. Some people think these are brothels, and these are normally places in USA guys go go-go with girls – says the man.

The reimbursement was not made until the appellate court, which ordered the case to be re-examined. He pointed out that key monitoring recordings were not taken into account, which show the condition of the client and what the hostesses are doing with him. Mr. Marek is waiting for the next sentence, but within a few years he got to know the working mechanism of go-go clubs in depth. – In Krakow, in the headquarters, where there are monitors, gentlemen were sitting and they were targeting the victims, not the girls who chose these gentlemen – says the man.

We got to one of the employees of the network that had been broken by the police. The woman worked in a go-go club for six months. – The club owner doesn’t show up in these places at all. I don’t even know who I worked for. PIT I had a shop – says the woman. And he adds: – The girls could earn twenty or thirty thousand zlotys for one night.

– From conversations on toxicology in one of the hospitals in Warsaw, I heard about two substances. One is flunitrazepam, and the other is hydrogen peroxide, which, combined with the smallest amount of alcohol, cuts a person off their feet – explains Mr. Maciej, a customer of the go-go club.

We asked the police how was it possible that the network had been in operation for several years? – The case is very complicated. The groups are very hermetic. For us, it was essential to connect all the threads. We started with the operational work, but we cannot talk about its details – explains Chief Inspector Iwona Jurkiewicz

One of the heroes of the report – Mr. Maciej – joined the go-go club just a few weeks ago. Almost immediately after regaining consciousness, he reported to the police. – The first reaction was that I had better not testify. For a good day, I found out that the investigation will most likely be discontinued due to the lack of any evidence – says the man.