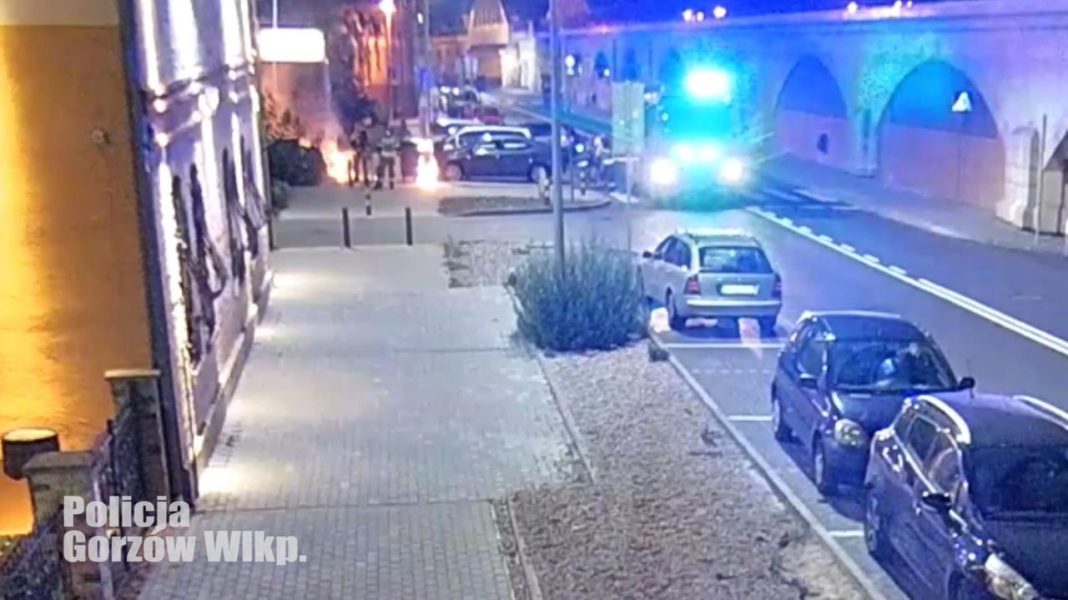 The police, with the help of the operator of the city surveillance cameras, arrested a man suspected of setting fire to rubbish bins in Gorzów Wielkopolski. Now he faces up to five years in prison.

On Wednesday, firefighters from Gorzów Wielkopolski went to burning litter bins three times. Everything indicated that it was the arsonist’s doing.

When the containers at Dworcowa Street set on fire before midnight, policemen on night duty and the operator of municipal monitoring were involved in the action. It soon turned out that one of the events was recorded by cameras located at Spichrzowa Street.

– The operator managed to establish that a man appeared there just before the fire. These findings quickly reached the patrols – explains commander Grzegorz Jaroszewicz from the City Police Headquarters in Gorzów Wielkopolski.

So far he has heard two charges

After midnight on Sikorskiego Street, plain policemen noticed a man with a backpack who resembled the man seen on the cameras’ footage. The 26-year-old was detained and sent to the Gorzów headquarters. – He was drunk, he had two parts of alcohol in his body – says Jaroszewicz.

The officers collected evidence and inspected the area at Dworcowa and Spichrzowa Streets, where the arson took place.

– The 26-year-old has heard two charges for property damage, for which he faces up to five years in prison. Police officers are still collecting evidence, because in recent days similar situations have occurred in the city in six other locations – concludes Jaroszewicz.