HiT, a textbook on the subject of History and Present. The pedophilia committee is critical of the textbook quotation 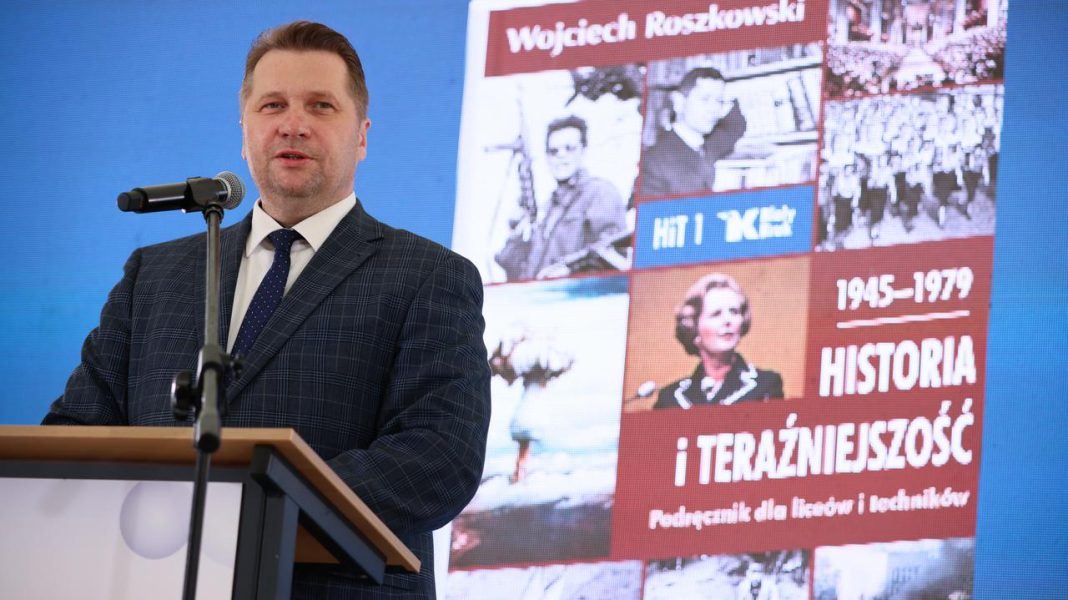 The state commission investigating cases of pedophilia, referring to the information about the quotation in the textbook on the subject of History and Present, assessed that “pedophilic statements should not be disseminated due to their harmfulness and indecency.” She turned to the head of the Ministry of Education and Science, Przemysław Czarnek on this matter.

The book for HiT is “a mare that will tire kids.” “It’s not a textbook, it’s an essay”
Minister Czarnek praises the HiT textbook and recalls the crimes against the cursed soldiers

Pedophilia commission: reception may be different from intention

The state commission for the investigation of cases of actions against sexual freedom and decency against minors under the age of 15 now referred to the quote.

“The perception of the quoted statement may be completely different than the intentions or the context in which it was used by the author of the textbook ‘History and the Present.’ Encouraging young people to read its content may cause unforeseen negative effects, e.g. it may result in the sexualisation of the young reader “- it was written in the press release.

The Commission recalled that the protection of children and young people against all forms of sexual violence was one of its main objectives.

The announcement also stated that “pedophilic statements should not be disseminated due to their harmfulness and indecency.” “Such an activity should especially not take place in the case of educational materials intended for young people,” he added.

It was also reported that “in connection with the quotation of a German politician presented in the media, included in the handbook for high school students under review,” the committee asked the minister of education and science, Przemysław Czarnek, “for information on the planned actions in this matter.”

Czarnek was asked about this fragment of the textbook on Thursday in Radio Wrocław. – The Ministry is not here to review textbooks. If the factual opinions of the handbook are positive, the ministry approves the handbook for use. However, I would ask us not to take this quote out of context, but to read the entire fragment of this chapter – he replied.

– This is a quote that is extremely important in my opinion and I do not know whether the publisher will correct it or not. I heard that he would correct it so as not to bother himself. But that’s the publisher’s problem, not mine. However, this is a quote from one of the politicians of the European Union. It is worth saying that in 1968 there was a social revolution, a student movement, whose leaders were very often degenerates and perverts, who then infiltrated the politics of the European Union, which is why it is what it is – said Czarnek.

Share
Facebook
Twitter
Pinterest
WhatsApp
Previous articlePWPW SA. A surveillance and unlawfully dismissed trade unionist is a member of the management board of a strategic company
Next articleTurley: Supreme Court docket ruling in favor of New York gun house owners is ‘momentous’ for Second Modification