How to avoid lightning strikes? The atmosphere physicist advises 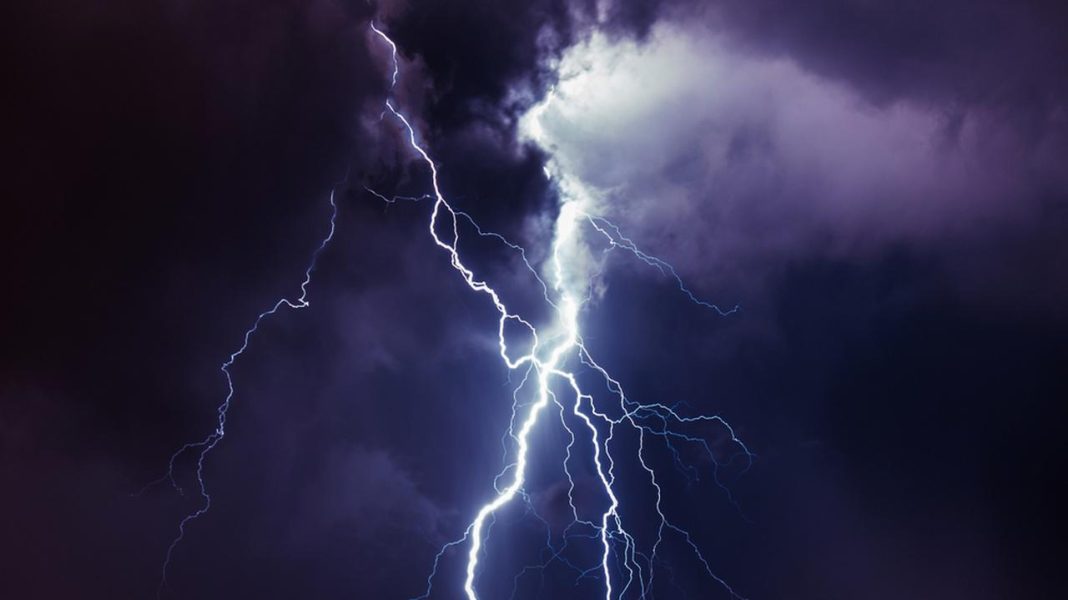 How to behave when we are faced by a storm? Doctor Marek Kopciuszyński from the UMCS Institute of Physics reminds us why we should not hide under trees and why mountains are dangerous to us. Are we safe in the city? The expert points out that lightning can strike us also there. .

The storm is a dangerous meteorological phenomenon.

– Although it is known that it is best to stay inside the building, or in the car, and if we are outside, go down the hill and not hide under trees, there are still cases of being struck by lightning, unfortunately often fatal – emphasized Dr. Marek Kopciuszyński from Institute of Physics of the Maria Curie-Skłodowska University in Lublin.

The expert pointed out that there is a belief in society that lightning can only strike us in the mountains, and that it is safe in the city. – Usually people think that a direct strike by lightning is a threat to us only on Giewont or somewhere high in the mountains, while in the city between buildings we are already safe, because the lightning will not hit us directly, but the tallest building – he said.

As explained by the physicist, one hundred percent are protected within about 50 meters from the building with the lightning rod, but standing a little further, it may turn out that we are the highest object from the perspective of the lightning discharge.

Being in the mountains while storm, you should descend from the summit to the valley or to the pass as quickly as possible. Doctor Kopciuszyński emphasized that “then we will be safer”, but – as he emphasized – it is not the safest place, “because sheep or horses are paralyzed after all”.

Why not hide under trees during a storm

When we find ourselves in a relatively flat open space, we should not hide under trees, because there is a high risk that the lightning will hit the tree as the tallest object in the area.

– The current that propagates in the ground, ground from the object hit by the lightning, is also a threat. Therefore, if a tree is struck by lightning, we are at risk for this very reason, standing directly underneath it. It may happen that the potential difference between our legs (the so-called step voltage) will be so large that it will cause a current flow through our body that threatens our life – explained the physicist, noting at the same time that we should not move away from the tree too far, because then we risk a direct electric shock.

When asked what he would have done during the storm, he replied, “I would, however, take refuge near a tree.” Not next to the tree itself, but as high as the tree is. In my opinion, it is better to walk away a bit and crouch down, which is probably the best compromise. Of the two bad things, it is better to be a little electrocuted from the ground than directly, because then there is a better chance of getting out of it safe – explained Dr. Kopciuszyński.

A car is a safe place, but not always

The scientist pointed out that it is much easier to find a suitable shelter when we know in advance that a storm cloud is approaching us. “Usually, when we see flashes and hear thunder, the storm is already in our immediate vicinity,” he reminded. As he added, “it is worth remembering the rule that the time interval between the flash and the thunder of three seconds says that the discharge took place about one kilometer from us.”

The expert emphasized that the building equipped with a lightning protection system, the so-called lightning rod. He explained that if such an object is struck by lightning, the current will be discharged to the ground through a network of special cables.

During a storm, a car is considered a Faraday cage, a kind of “metal can” through which the discharge current flows down the car body without endangering the occupants. As Dr. Kopciuszyński stated, “in principle it is true, but it should be noted that nowadays many body parts are made of non-conductive materials”. He replaced, for example, glass roofs and plastic fenders. – For this reason, the current from the lightning discharge may have a difficult path to the ground – he pointed out.

The physicist also noted that scientists can observe atmospheric phenomena such as thunderstorms more closely over the years due to their more frequent occurrence. – It is in a way related to climate change and global warming, because the higher the temperature, the more energy is stored in the atmosphere. Therefore, it can be said that the storms will automatically occur more frequently and be more intense, ‘he said.