Interest rates – March 2022. Comment by the President of the National Bank of Poland, Adam Glapiński 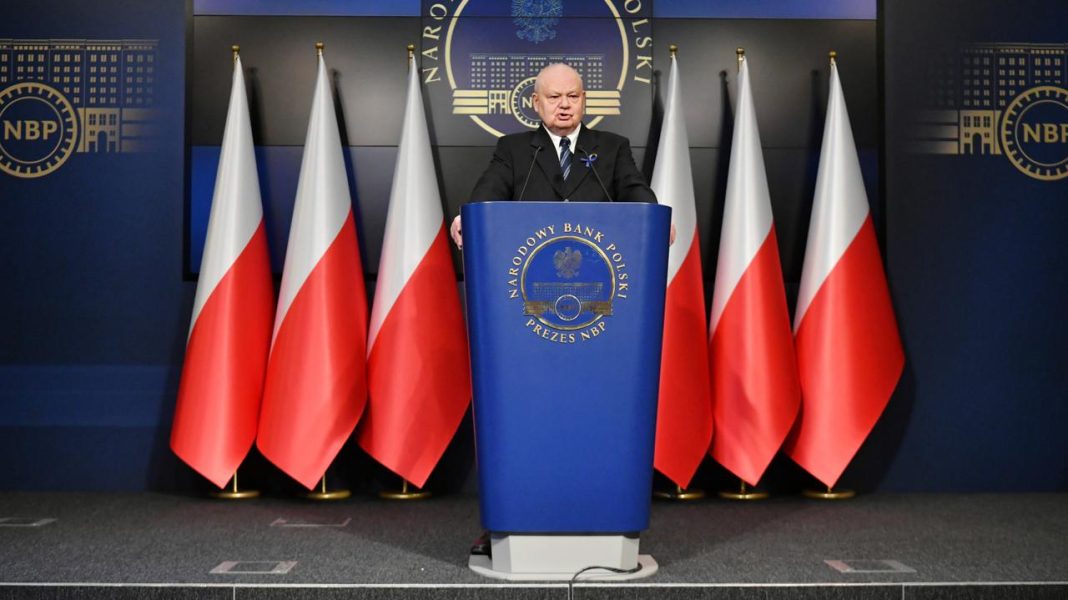 The entire Monetary Policy Council is determined to bring inflation to a normal level, said the President of the National Bank of Poland, Adam Glapiński, at a press conference. On Tuesday, the MPC raised the reference rate up by 75 basis points to 3.5 percent. The head of the NBP announced further interest rate hikes. – What will be their ceiling? I don’t know, he said.

– We are consistently continuing the actions initiated in October last year, which are aimed at limiting the risk of persistently high inflation. We treat it as a priority goal. The entire Monetary Policy Council is determined to bring inflation to the target – said Glapiński.

He also stressed again that “the entire MPC is determined to bring inflation to a normal acceptable level”.

– Of course, the situation is difficult. It is being degraded due to the events behind our eastern border. Besides, it is felt not only by us – the nearest country, but also by the whole world. Inflation is hitting decades high or historically high, he said.

Glapiński on the rate hike and MPC meetings

The NBP president stated that the interest rate hike by 75 basis points was “the most reasonable move”. – We are staying in the cycle of increases and we will continue. It’s hard to say how long. We are determined to limit inflation, raise the zloty exchange rate, it will return to its normal level – he said.

He added that the decision to raise rates by 75 bp instead of 50 bp was to show that “the war changed a lot”.

– This war increases inflation by at least two percentage points. This is a change – we react to it quickly. We wondered whether we should make decision-making meetings more often now, two a month, for example, or discussion meetings, which could turn into decision-making meetings. I have not made this decision yet, but there is a possibility that if the situation changes dynamically and unfavorably, we will hold meetings twice a month and we will be able to react even faster than before – emphasized Glapiński.

He stressed that “the MPC is hawkish, there is no exception to this, the situation is obvious, this is how you have to act and it will be like that in the coming months”.

He added that there is no need to make sudden movements.

NBP President on the Polish economy

He added that in the fourth quarter of 2021, GDP grew by more than 7 percent, and in the first quarter of this year it will also be around 7 percent.

Glapiński on the lack of cash at some ATMs

The NBP president also shared his reflection on the shortage of cash in some ATMs, which took place a few days ago.

– A sociological curiosity may be this panic, we have not had it for three days, for two days at all. Everything calmed down already. All ATMs should be open, and at their peak, 20 percent were down because they couldn’t keep up with the cash delivery. Completely unjustified, stupid, silly, panic-stricken wave has gone – said the President of the National Bank of Poland.

And he continued: – And the sociological curiosity is that this panic was greatest in the big cities. Young, educated and in big cities – the most panicky, silly part of our society, as it turned out. It was enough to travel 50 kilometers outside of Warsaw to see that there are no queues at all ATMs or at gas stations. Some madness has seized those people who sit all day on the Internet, rummaging there, looking for something, reading some insane texts of some insane pseudo-authorities. There was no reason for this panic.

The Monetary Policy Council (MPC) raised the main reference interest rate by 75 basis points to 3.50 percent on Tuesday. Meanwhile, most economists expected the NBP reference rate to rise by 50 basis points to 3.25 percent. However, there were also voices pointing to the possibility of a more decisive reaction of the central bank to the rapidly weakening zloty and the prospect of increased inflation.

Also read: By how much will the loan installments increase? Listings >>>