Invasion of Ukraine. Sanctions against Russia. Comment of the president of PFR, Paweł Borys 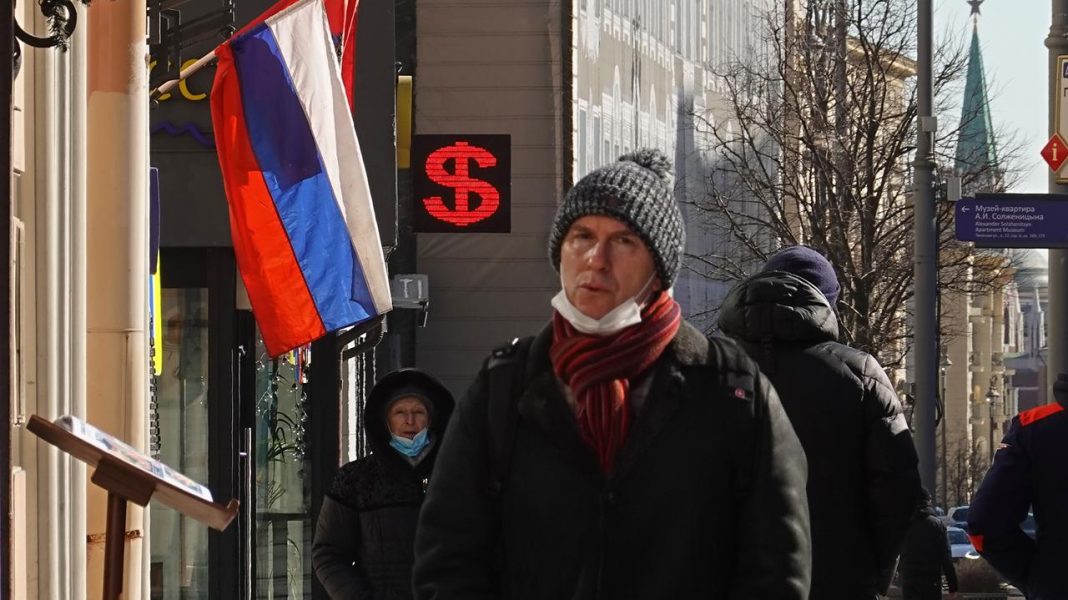 The Russian financial sector has received a major blow, although it is not yet fatal. The costs will translate into a recession of 10-15 percent – says Paweł Borys, president of the Polish Development Fund (PFR). He added that in 2023 we may have stagflation in Poland, but it should not cause a risk of an increase in unemployment.

In the opinion of the head of the Polish Development Fund, in response to the Russian aggression towards Ukraine “the West reacted quickly – when it comes to the economy – it has dealt an unprecedented blow to Russia”.

– It is difficult to isolate Russia so quickly due to this dependence in terms of primarily oil and gas imports, but this sanctions strategy is very good. It was just such a blitzkrieg, in which it hit the heart of the economy, this bloodstream, that is, the financial sector – said Borys in a podcast posted on PFR Group Twitter.

As Borys explained, the President of Russia, Vladimir Putin, has accumulated reserves over the years, most likely preparing for this aggression.

– He accumulated a total of over $ 600 billion in foreign exchange reserves, there were more than 150 billion in the additional reserve fund, which is a total of over $ 800 billion in reserves. Some are in gold, some in Chinese bonds, some in euros and dollars, and some other currencies. And what was most important is that the West froze most of these reserves while imposing sanctions on the banks. And this meant that overnight Russia faced the risk of insolvency and the inability to pay its liabilities in foreign currencies, he said.

“Russia, in terms of the financial sector, has received a huge blow”

He added that the Russians cannot exchange the ruble for currencies, which caused, among others, panic in the banking sector or queues at ATMs. In turn, the value of the largest Russian companies fell from tens of billions of dollars to almost zero.

– Russia, in terms of the financial sector, has received a huge blow, not yet deadly, but the costs – we already know today – will mean a recession of 10-15 percent for Russia, which means between 150-200 billion dollars in terms of the Russian economy. And this is roughly the equivalent of the entire GDP of Ukraine. Here the West is definitely winning when it comes to this economic war, ‘said Boris.

As the president of the Polish Development Fund notices, apart from the fact that there is an economic war which causes a change in trade relations between Europe and Russia, “unfortunately it also entails certain costs, especially for the countries of the European Union.” – Indeed, some of these raw materials will be lacking, for example, in the European industry, and it is obvious that the first effect, the most painful for European societies, is a jump in gas and oil prices – he stressed.

Costs for Europe and Poland

According to Boris, Europe will bear the costs, but they should not translate into a recession in the European economy. – There will be increased inflation, there will probably be a cooling down of the economic situation. Europe is not able to cut off all these raw materials overnight, but in the next few quarters, not to mention 2-3 years, it is absolutely possible – assessed the head of the Polish Development Fund.

According to Borys, assuming that the war will end in a month, two or three, this may mean that Europe will become independent from imports from Russia, including Poland, but temporarily it will mean higher energy prices.

– Unfortunately, we have to get used to the fact that fuel is more expensive and that gas is more expensive. On the other hand, if the war would end, this tension seemed to decrease, then I also see such scenarios that suddenly we have a sharp drop in these oil prices in the perspective of 2023. This year will be the most difficult, because in the next one, indeed, such a rebound may take place – he said.

As he added, history shows that such sharp rises in commodity prices of the most varied nature did not usually last long; as he said, this was the case, for example, in 2007 and 2008.

– I assume that this is not the 1970s, that the European and American economy will plunge into long-term stagflation. It seems to me that everything is happening faster today – assessed the president of PFR. – Of course, this will mean that next year growth will slow down a bit, amid higher inflation, so this year will be stagflational, but it should not cause a risk of an increase in unemployment – said Paweł Borys.

Russia’s aggression against Ukraine has been going on since February 24. In connection with the Russian invasion of Ukraine, many countries and enterprises around the world have imposed economic and political sanctions on Russia. Activities in Russia were also suspended by many international concerns – incl. technological, car and clothing brands.

On Monday, the ambassadors of the member states to the European Union approved the fourth package of sanctions against Russia.