Italy. From Venice to Beijing on foot. 72-year-old Italian Vienna Cammarota will walk for three years 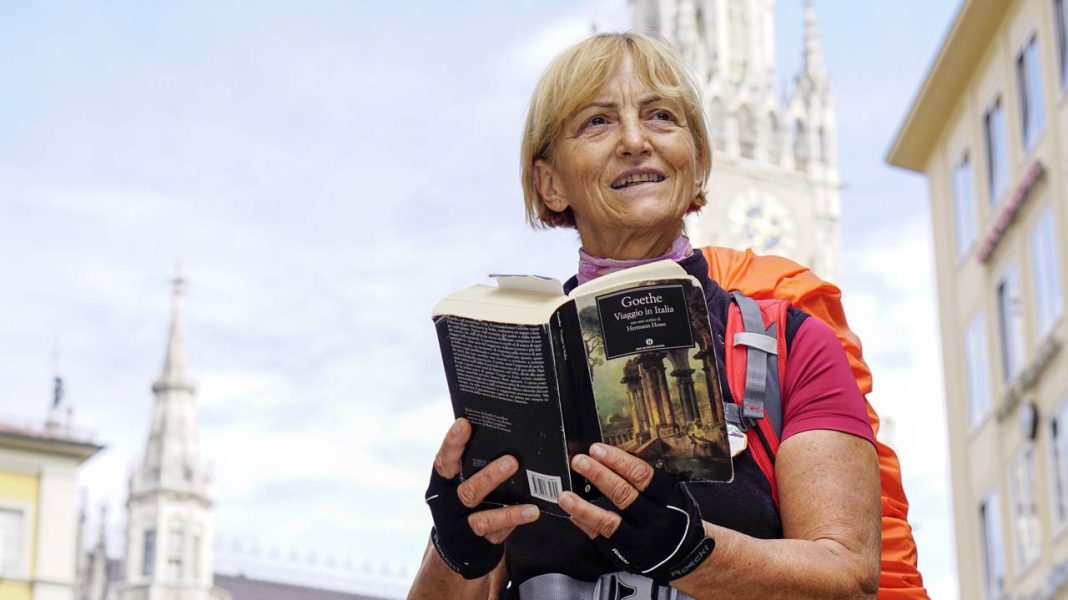 Vienna Cammarota, 72-year-old Italian, set off on a walking journey from Venice to Beijing. It plans to cover 22,000 kilometers, traversing fifteen countries. She was inspired to take up the challenge by Goethe and Marco Polo. She described her journey as “a walk for peace and the unification of humanity”.

The idea is this: follow the Silk Road from Venice to Beijing – follow a route similar to that which Marco Polo was supposed to take in the 13th century. The famous traveler and merchant spent over two decades traveling from Europe to the eastern part of Asia. 72-year-old Vienna Cammarota plans to reach Beijing in three years. She left Venice on Tuesday, April 26. According to the plan, it should reach the Chinese capital in December 2025.

“I’m ready for a new challenge,” she said before starting the journey. She also confessed that she felt a little nervous. – There is always this feeling at the beginning of a journey.

This is not the first long route for an Italian. Cammarota has been traveling this way for 30 years. For three decades it has traveled through Madagascar, Israel, Palestine and Tibet, among others. This time it is going to go through 15 countries. To begin with, it will travel from northern Italy to Slovenia. Then Croatia, Serbia, Bulgaria, Turkey, Georgia, Iran, Turkmenistan, Azerbaijan, Uzbekistan, Kyrgyzstan, Kazakhstan, Mongolia and China will be on its route, the Italian association Archeoklub, to which the traveler belongs, informed on Facebook.

– There will be many difficulties, you will have to face low temperatures in Mongolia, but I am prepared – declares Cammarota. The phone of a 72-year-old walker has an application thanks to which the doctor will monitor her health on an ongoing basis.

What she took in the backpack

What was in the traveler’s inventory? Tent, GoPro camera, flags of Italy and Ukraine and the banner of Venice with the words “Peace”. Cammarota described her journey as “a walk for peace and the unification of humanity”. He counts on hospitality from people from the regions he will travel. And he assures: – I want to have direct contact with people, be able to learn about the history of countries with the help of those who will host me.

– I love history, culture and archeology. I travel to watch and report and, above all, to listen, said Cammarota before the journey began.

The seventy-two-year-old is inspired not only by Marco Polo, whose travel book became one of the world’s first bestsellers, but also by Johann Wolfgang von Goethe. The German writer in his “Italian Journey” described two years of wandering around the Apennine Peninsula.