Jaslo. Frontal collision of a motorcycle with a passenger car on DK28. The 47-year-old is dead 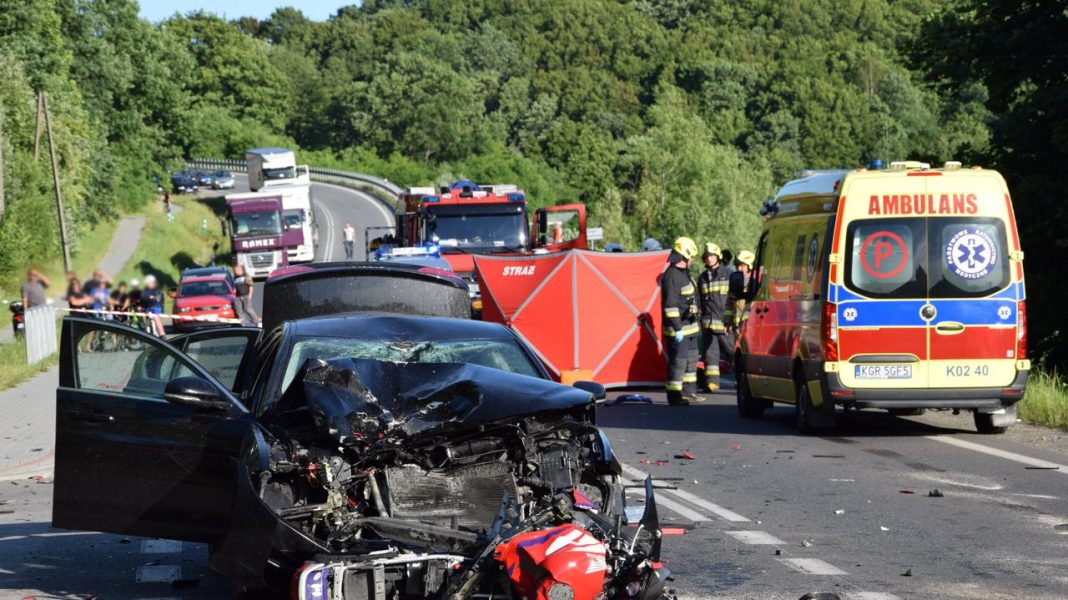 As a result of a head-on collision with a passenger car, a 47-year-old motorcyclist was killed and turned into the opposite lane. The tragic accident took place on Wednesday around 6 p.m. on the national road No. 28 in Skołyszyn (Podkarpacie). The driver of the two-track was not seriously injured.

As the police informed, the tragic accident took place in the village of Skołyszyn in the Podkarpacie region between Jasło and Gorlice. A motorcyclist had a head-on collision with a passenger car.

Death on the curve of the road

– The preliminary findings of the policemen so far show that the 47-year-old resident of the Skołyszyn commune, driving the motorcycle towards Jasło, turned into the opposite lane on the bend of the road and collided with a passenger jaguar driven by a 41-year-old resident of the Gorlice poviat – said Commissioner Piotr Wojtunik, press officer of the Jasło police.

The 47-year-old died as a result of severe injuries. The driver of the passenger car was not seriously injured. She was sober.

The motorcyclist has probably lost control of the vehicle. The investigation, under the supervision of the prosecutor, is to clarify the details.

– Policemen from the investigation team made a visual inspection and secured the traces. The man’s body was secured for autopsy – informed Wojtunik.

The road at the scene of the accident was blocked in both directions until late evening hours.