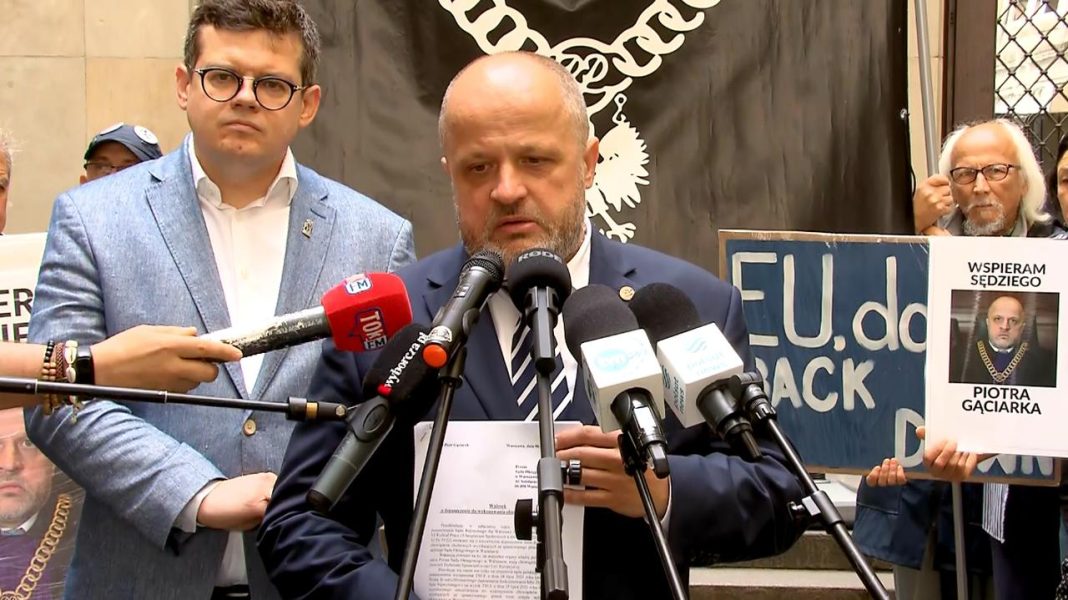 Judge Piotr Gąciarek, suspended by the unrecognized Disciplinary Chamber of the Supreme Court, came to work on Wednesday at the District Court in Warsaw. – I will expect the president of the court to respect the law, including international law binding Poland, he emphasized. – I was removed by the decision of people pretending to be judges from a non-judicial body – he added.

In mid-September last year, Warsaw judge Piotr Gąciarek, a member of the Association of Polish Judges “Iustitia”, refused to adjudicate with judges appointed with the participation of the new politicized National Council of the Judiciary. Accordingly, the president of his court, Piotr Schab, ordered “an immediate break in his official duties” and notified the unrecognized case to the Disciplinary Chamber of the Supreme Court. In November, Gącia was suspended.

In June this year, the District Court for Warsaw, Praga-Południe, reinstated Gąciarek to work, and the labor court issued a decision ordering his reinstatement.

On Wednesday, the judge came to work at the Warsaw district court. – I have an enforceable labor court order under the security procedure. I was not suspended by the court, I was removed by the decision of persons pretending to be judges from a non-court body – he said.

– Today, as a judge of the Republic of Poland, I demand immediate reinstatement – he stressed.

He noted that “apart from the decision of the labor court, in his letter he will submit today, he refers to the judgment of the Court of Justice of the European Union, the security of 14 July last year and the judgment CJEU talking about the disciplinary chamber of July 15 “.

– I will expect the president to comply with the law, including international law binding Poland. The president is obliged to implement this law. He has no right to refuse to work for a judge who has not been legally removed from his duties, said Gąciarek.