Juków. Four people injured in an accident of three cars on the A1 motorway 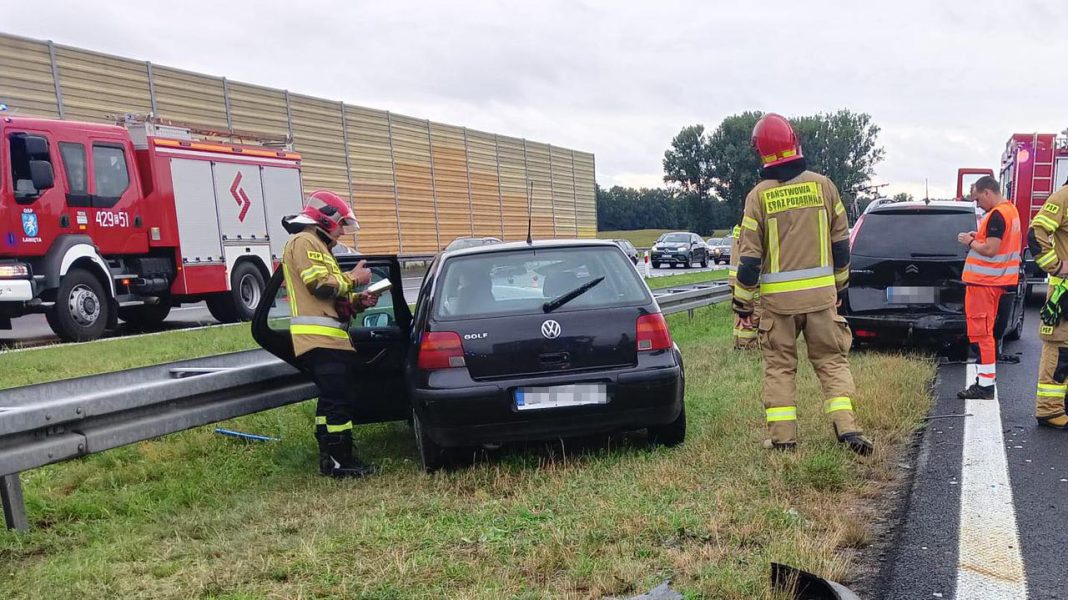 Three passenger cars collided on the A1 motorway, near Juków (Łódź Voivodeship). – Four people were injured, including three children – says Daria Olczyk from the County Police Headquarters in Kutno. Traffic towards Gdańsk is difficult.

The accident happened at 9:48 am on the 235th kilometer of the A1 motorway at the height of Juków, on the line towards Gdańsk between the junctions Kutno Północ (Łódź Voivodeship) and Kowal (Kujawsko-Pomorskie Voivodeship).

Obstructions on the highway

A helicopter from the Polish Medical Air Rescue landed on the spot. – The motorway towards Gdańsk was completely blocked at the time of landing of the LPR helicopter. Currently, after its departure, we are trying to clear the traffic, cars go there via an emergency lane – says Olczyk.

Drivers driving the A1 motorway towards Gdańsk must take into account some difficulties. According to the information provided by the Road Information Point of the General Directorate of National Roads and Motorways, the difficulties may last until around 1 p.m.

Share
Facebook
Twitter
Pinterest
WhatsApp
Previous articleCoronavirus in Poland – infection map, how many vaccinations? How many new cases have been detected? August 6, 2022
Next articleWarsaw. Zbigniew Ziobro instructed the Warsaw prosecutor’s office to initiate an investigation after the accident of the Polish coach in Croatia