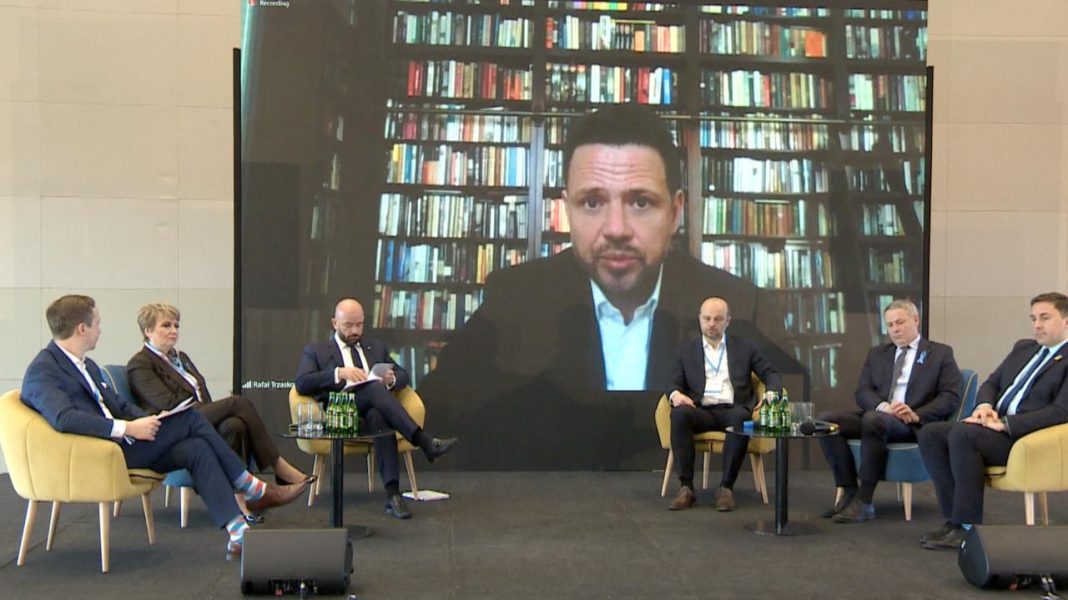 The Local Government Climate Congress began in Łódź. The presidents of the largest Polish cities talked about the ecological challenges faced by the local governments they lead. They pointed out that due to tax changes they can have less money. Not only to fight the effects of climate change, but also to help the refugees they have accepted.

The first Local Government Climate Summit began in Łódź. Frans Timmermans, vice-president of the European Commission opened it with his speech on Monday. In his speech, he emphasized the need to stop financing the Vladimir Putin regime. He also stressed that – in view of the new political realities – Europe must focus on renewable energy sources.

The Local Government Climate Congress is two days of intense debates and workshops. The participants of the event will discuss and exchange knowledge and experiences in counteracting negative climate change related to floods, hurricanes and droughts.

Frans Timmermans, vice-president of the European Commission responsible for implementing the European Green Deal, in the video played in the room, said that Russia’s attack on Ukraine should accelerate changes, after which Europe will be less dependent on energy sold by the Vladimir Putin regime and switch to renewable sources:

– They give us the freedom to choose, they provide a source of energy that is clean, cheap and reliable – emphasized Timmermans.

He pointed out that “instead of continuing to send taxpayers’ money to Russia and Putin’s oligarchs” it was necessary to keep funds in Europe and create new jobs for its citizens.

Local government officials from all over the country

The starting point for the talks taking place in Łódź since Monday is to define the situation in which local governments are currently facing and what they need to effectively halt the progress of climate change.

– We are on the verge of a climate catastrophe. We can repeat this statement like a mantra. The key issue at present is to develop a network of synergistic connections that will be used to exchange knowledge and experiences on how to effectively counteract climate change and adapt to it – says Hanna Zdanowska, Mayor of Łódź.

Local government officials from all over the country appeared in Łódź – among them, the mayor of Wrocław, Jacek Sutryk, the mayor of Rzeszów, Konrad Fijołek, and the vice-mayor of Gdańsk, Piotr Borawski. Rafał Trzaskowski, the mayor of Warsaw, also participated remotely in the debate on the future role of local governments in environmental protection.

– The war in Ukraine redefines the approach to the energy transformation. So far, we have thought about energy and climate protection, now we are focusing on diversification. Big cities are the key, this is where the directions of energy transformation are set. At the same time, we have to put pressure on Russia all the time. That is why we must switch to renewable energy sources – emphasized Trzaskowski.

Congress participants could also listen to a panel devoted to urban architecture. Prodesor Maciej Zalewski, Director of the European Regional Center for Ecohydrology of the Polish Academy of Sciences, emphasized that it is necessary to stop “concreteosis”, that is replacing greenery with concrete squares in Polish cities.

The expert emphasized that such a method of “revitalization” leads to the fact that moisture is quickly removed from cities. This, in turn, makes residents vulnerable to high temperatures and allergic problems. He pointed out that in this matter we should follow the example of Dutch architecture, which tries to create cities so that as much water as possible is absorbed – for example through green areas.

The climate congress is scheduled for March 28 and 29. Guests from Poland and abroad will be hosted at the andel’s Hotel at ul. Ogrodowa.

The congress takes place in Łódź

Share
Facebook
Twitter
Pinterest
WhatsApp
Previous articleWłodawa. The policeman shot the floor at the police station. Has been suspended. The prosecutor’s office opened an investigation
Next articleJon Voight defends Will Smith after slap heard around the world: ‘He is a terrific man’