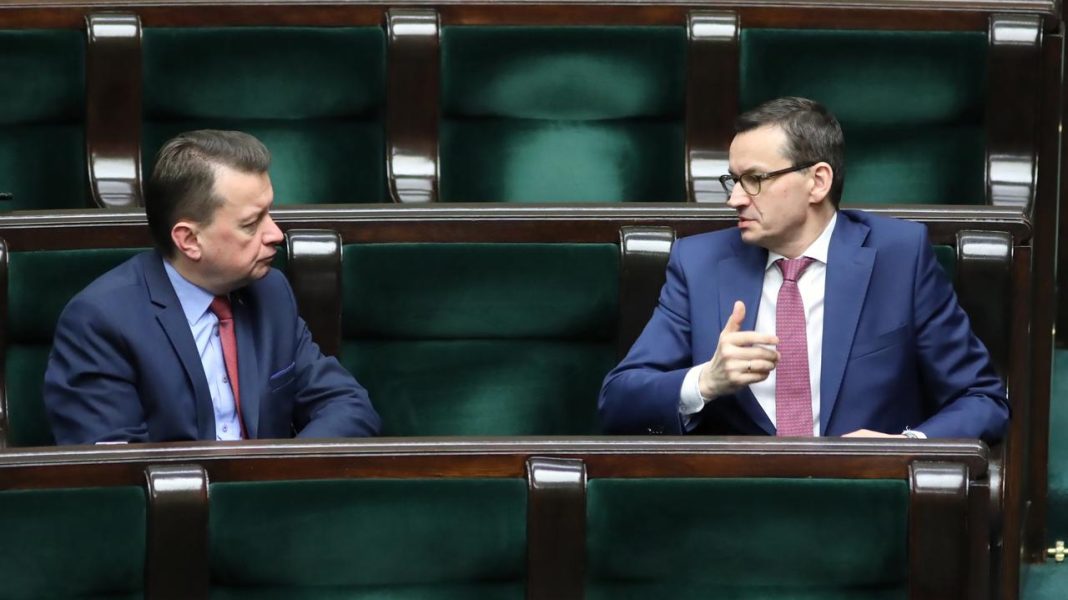 Michał Kamiński, deputy speaker of the Senate on behalf of PSL-Polish Coalition, said in “Kropka nad i” on TVN24 that the replacement of Jarosław Kaczyński by Mariusz Błaszczak as deputy prime minister “is an obvious blow to Mateusz Morawiecki”. Paweł Kowal, a member of the Civic Coalition, assessed that the departure of the PiS president from the government during the war in Ukraine was a “bad signal”.

The guests of “Kropka nad i”, Michał Kamiński, deputy speaker of the Senate on behalf of PSL-Polish Coalition, and Paweł Kowal, former deputy head of the Ministry of Foreign Affairs, and now a member of the Civic Coalition, discussed the events held on Wednesday personnel changes in the government.

The head of the Ministry of National Defense became the new deputy prime minister Mariusz Błaszczakwhich he replaced on this functionand Jarosław Kaczyński.

Kamiński: this is an obvious blow to Mateusz Morawiecki

– This is an obvious blow to Mateusz Morawiecki. In the sense that Jaroslaw Kaczynski Not only did he say what he said about his aftermath, he clearly suggested that Mr. Mariusz Błaszczak could take over all his functions, the question whether also (the function – editor) of the father of the nation – commented Kamiński on this nomination.

He also referred to an interview given by the PiS president on government television. In it, Kaczyński suggested that Błaszczak could replace him “in every respect”.

As Kamiński stated, “Morawiecki will probably not be dismissed tomorrow, this is not what this is about, but in this internal game in PiS it is an indication that he is no longer number one for the future.”

Kowal: This is a bad signal that Kaczyński is leaving during the war

Paweł Kowal said that “Jarosław Kaczyński as the head of security (chairman of the Security Committee – ed.) During COVID was practically silent.” – And I will say more, many things from the pandemic period have yet to be clarified, let’s remember about masks and respirators, but there are more such topics – he added. – Second point – he goes away in times of war, in times of danger. This is a bad signal and such a signal should not appear today – he said.

Share
Facebook
Twitter
Pinterest
WhatsApp
Previous articleUkraine and Moldova with the status of candidates for the European Union. The European Council has made a decision
Next articleRI drug trafficking chief sentenced to fifteen years