Mateusz Morawiecki on Norway: He indirectly preys on the war caused by Putin. It’s not fair, they should share 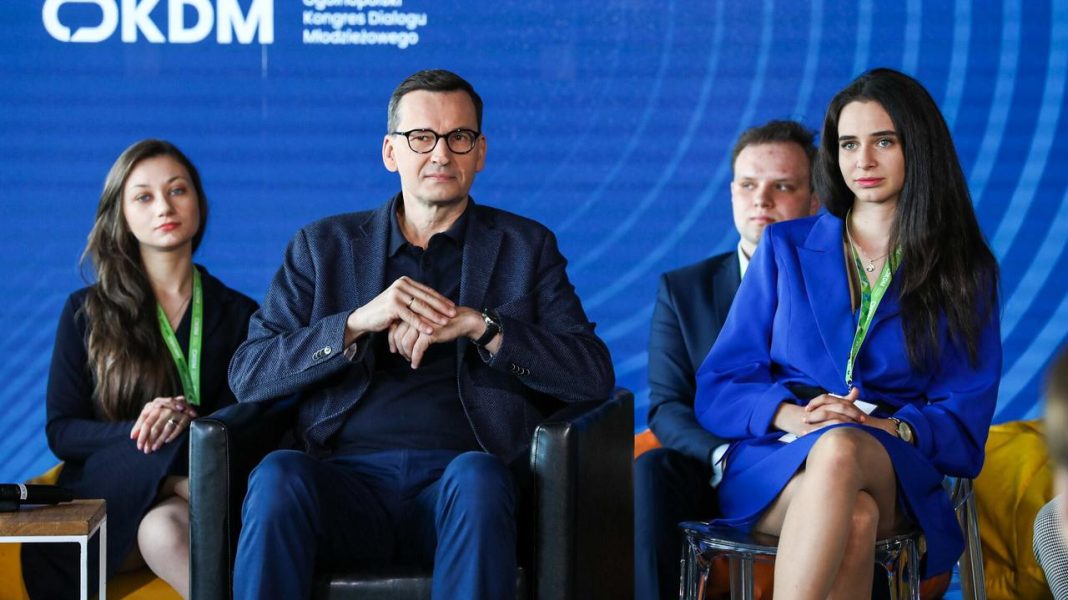 Norway’s excess oil and gas profits will exceed one hundred billion euros. It is indirectly preying on Putin’s induced war. It is unfair, they should share, said Prime Minister Mateusz Morawiecki on Saturday at a meeting with young people. He called on young people to “write to their friends in Norway” about this.

On Saturday, the head of government participated in a question and answer session during the National Youth Dialogue Congress. He said the surplus – in excess of the annual average of recent years – oil and gas profits from “a small country of five million like Norway will exceed one hundred billion euros.”

– We are all indignant at Russia, and rightly so. Bandit robbery, bandits, criminals and so on, but ladies and gentlemen, young people, something is wrong. Write to your young friends in Norway. They should share this excess, gigantic profit, appealed the Prime Minister.

He also turned to “dear Norwegian friends”. – It’s not normal. It is not fair. It is also feeding – accidentally, of course, because it is not Norway’s fault, this war in Ukraine – but it is indirect feeding on what is happening. During the war caused by Putin, said Morawiecki.

– They should share it quickly. I am not saying that it is necessary for Poland. For Ukraine, for those most affected by this war. Isn’t that normal? – added.

Share
Facebook
Twitter
Pinterest
WhatsApp
Previous articleSpecial Road Act. How it works? What is it about? A married couple from Leszczynek will have a crossroads instead of a garden
Next articleLeclerc grabs pole after spin as Verstappen hits challenge