Monkey pox recognized as a global threat by WHO. Prof. Krystyna Bieńkowska-Szewczyk and Dr. Michał Sutkowski 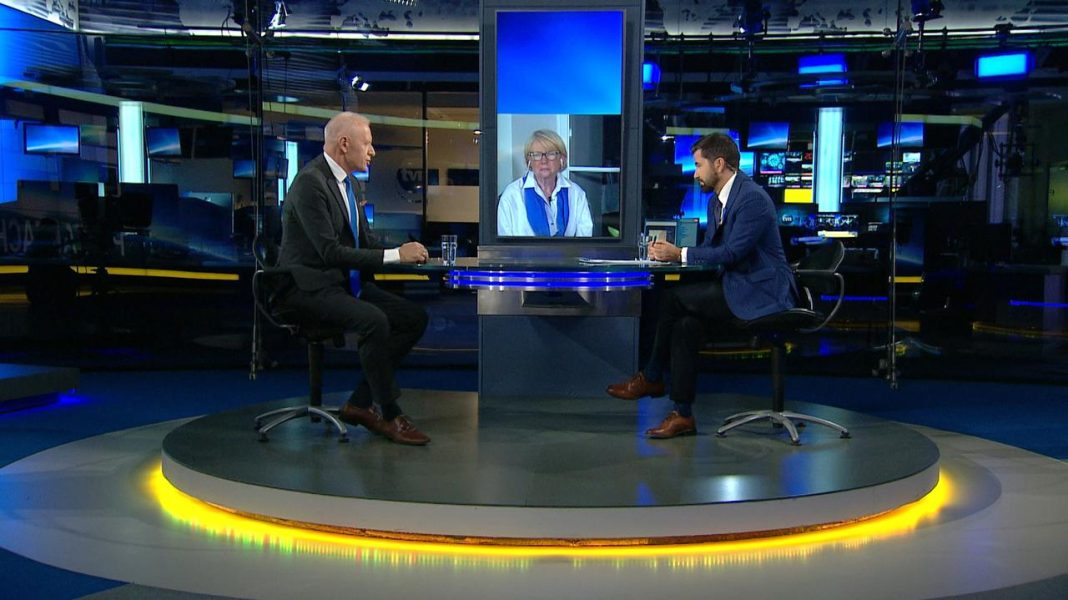 Last week, the World Health Organization introduced a global emergency for the monkey pox epidemic. – Everyone makes comparisons with the coronavirus and with a huge pandemic. It is hard to find a greater contrast, because it is a completely different virus – said virologist professor Krystyna Bieńkowska-Szewczyk in “Fakty po Faktach”. Doctor Michał Sutkowski calmed down. – We should not talk about population vaccinations in any way – he argued.

WHO Director General Tedros Adhanom Ghebreyesus He said last week that there was an ongoing dispute among experts over the assessment of the situation with monkey pox. However, WHO introduced a global emergency on July 23 in connection with the epidemic of this disease.

On Friday’s “Fakty po Faktach”, prof. Krystyna Bieńkowska-Szewczyk, virologist, head of the Department of Molecular Biology of Viruses at the Intercollegiate Faculty of Biotechnology at the University of Gdańsk and the Medical University of Gdańsk, and Michał Sutkowski, MD, PhD, president of Warsaw Family Physicians.

“Everyone makes comparisons with the coronavirus”

– This does not mean that all of us should suddenly start to be terribly afraid and tremble with fear, but be aware that such a virus began to circulate in a population that was not there before, or was in a very small number of cases – said Prof. Bieńkowska-Szewczyk.

At the same time, she noted that the emergence of monkey pox in Europe “is certainly puzzling.” – WHO, by declaring this state of emergency, opened the way for more to deal with this virus, in every sense, in the legislative sense, and possibly money for more research on this virus.

She noted that “comparisons with coronavirus and with the huge pandemic “COVID-19.” It is hard to find greater contrast, because it is a completely different virus. However, the awareness that there is a threat there will allow many governments to prepare for the increase in these cases – said the virologist.

So far, over 60 cases of monkey pox have been confirmed in Poland. – This means that healthcare professionals who have been in contact with the virus should be safe, that is, they should know how to protect themselves, and possibly should there be larger outbreaks, which I doubt but cannot guarantee, they should have access to the vaccine, the professor said.

“There is no way we should talk about population vaccinations”

– I would be very reassuring. What she announced World Health ORganisation and the US authorities, it only talks about the threat to public health. This is to make the situation aware, to draw attention to certain administrative movements regarding specific monitoring of these cases – explained Dr. Michał Sutkowski.

However, he noted that monkey pox is “in some groups, among the elderly and young children, indeed dangerous and potentially, like any viral disease, can be fatal.” He added that there may also be complications that may be fatal, but they usually concern people with significantly reduced immunity. – So, for example in the African population, they concern people with HIV – indicated the TVN24 guest.

Regarding the issue of vaccination, he stated that in the case of monkey pox “they should be made available to those who could potentially come into contact with the infected through hospital work, especially to those who had not been vaccinated against smallpox before”. – We should not talk about population vaccinations in any way – argued Dr. Sutkowski.

Monkey pox is a rare zoonotic viral disease that usually occurs in West and Central Africa. Symptoms include fever, headache, and a skin rash that begins on the face and spreads to the rest of the body. Symptoms usually disappear after two to three weeks. Recently, at least 14,000 have been confirmed. infections with monkey pox in 70 countries, and five deaths have been reported in Africa.

“There is a problem waiting for us, we should act as soon as possible”

Last day, research in Poland confirmed 4,295 coronavirus infections, including 719 repeated ones. 17 people from COVID-19 have died, government websites reported on Friday. 11,815 tests for SARS-CoV-2 were performed. A week ago, on July 29, studies confirmed 3,391 coronavirus infections, including 543 recurrences, and nine people with COVID-19 died. In total – as reported on Friday – 6,089,166 cases have been confirmed since March 4, 2020, when the first SARS-CoV-2 infection was detected in Poland. 116,645 people from COVID-19 have died. From May 16, the state of the epidemic in Poland was replaced with the state of epidemic threat.

Dr. Sutkowski noted that in the case of COVID-19, the vaccine is still very much needed. – At the moment, another wave is approaching us, probably in August. All those who may be at risk of infection should be protected, he argued.

He estimated that Poles are very poorly vaccinated – only 31 percent with the third dose, 64 percent with the second dose. – These people (unvaccinated – ed.) Will get sick. The wave will come in the vicinity of 8-10 thousand confirmed cases. A problem awaits us, we should act as soon as possible – advised the guest of “Facts after Facts”.

Ukraine: Wagner’s group headquarters located and destroyed. Experts: It could be a provocation