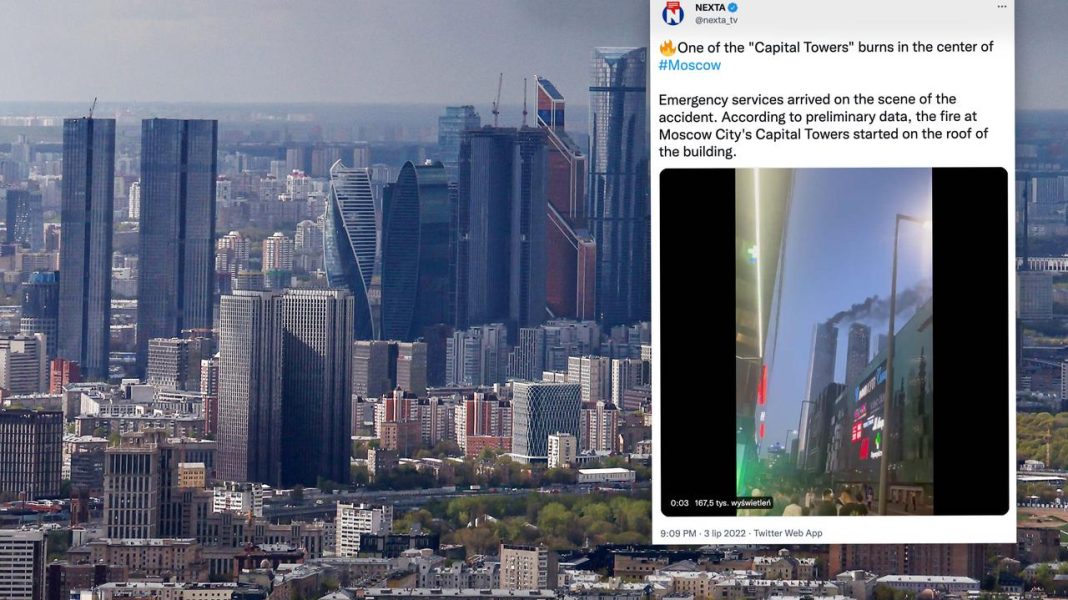 A fire broke out in one of the skyscrapers of the Capital Towers complex in Moscow on Sunday, the TASS agency reported. The building is under construction and the fire was to appear on the scaffolding. The recordings from the Russian capital show clouds of black smoke rising above the roof of the skyscraper.

The fire broke out in the 66-story building of the Capital Towers complex in the center of Moscow. The recordings show black smoke hovering over the upper floors and the roof of the skyscraper.

As reported by the TASS agency, citing the services, the fire appeared on the scaffolding and was extinguished before the fire brigade arrived.

Construction of the Capital Towers complex began in 2017. Completion of works is planned for this year.

Share
Facebook
Twitter
Pinterest
WhatsApp
Previous articlePollution of the Bóbr river. The reportage “The River Theme” – Artur Magnuszewski from the University of Warsaw comments
Next articleDenmark, Copenhagen. Attack at the Fields Mall. Police about the deaths and seriously injured