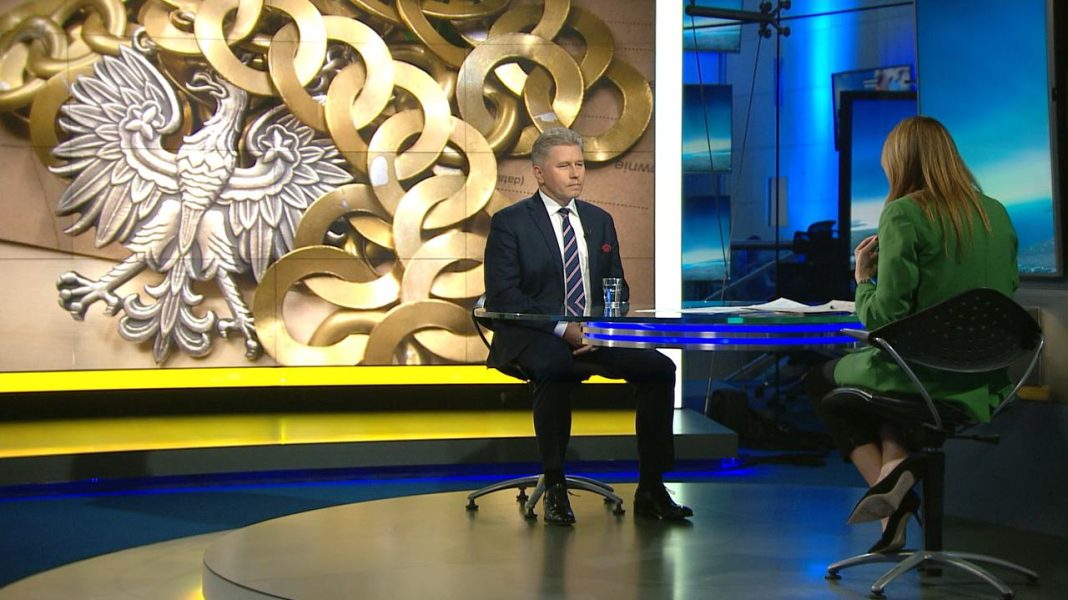 The European Commission can accept the government’s plan, but giving this money will be extremely naïve – said Marcin Matczak from the Faculty of Law and Administration of the University of Warsaw in “Faktach po Faktach”. In his opinion, “the Commission can be deceived even though it knows that it is being deceived because it has other problems.” He estimated that EU money allocated under the EU Reconstruction Fund “will be used to strengthen authoritarian tendencies.”

The European Commission has still not approved the National Reconstruction Plan, submitted by the Polish government more than a year ago, i.e. a document describing the method of spending funds from the EU Reconstruction Fund. At the end of October last year, the President of the European Commission, Ursula von der Leyen, made a condition that the Polish KPO should include the obligation of the government to liquidate the Disciplinary Chamber of the Supreme Court.

On Friday, the government spokesman announced that the KPO should be formally approved in the next few or several days. As he reported, the work of the negotiating teams on this matter was completed on Wednesday. He added that Poland and the European Commission reached an agreement on the “milestones” discussed in the negotiations.

Matczak: The European Commission can be deceived even though it will know that it is being deceived

In “Fakty po Faktach”, Marcin Matczak from the Faculty of Law and Administration of the University of Warsaw assessed that “giving this money would be extremely naive”. When asked if the European Commission would transfer funds to Poland, he replied: – It may be so. – This is politics and probably the European Commission would also like this conflict to end – he said.

As he emphasized, “we feel a kind of tension related to this trap in which we are”. – We know that this money is needed, and at the same time we know that it will be spent badly. If this is the case, it is a kind of tragic situation, because we do not know what to do with it – he said. – The Commission, on the other hand, can, in my view, agree to that. She may be fooled even though she knows she is being deceived because she has other problems. He has a war in Ukraine, he has a problem with Hungary – he added.

“So the whole situation is really very sad,” he assessed.

According to Matczak, “from the political point of view, the European Commission will pretend that everything the PiS government is doing is a real change.”

– The task of ensuring the rule of law in Poland is, in a sense, the task of the European Commission, but above all ours. We must understand that the rule of law is not an invention of lawyers, but a tool for implementation, including prosperity, he emphasized.

– It seems to me that certain formal conditions will have to be met for the European Commission to grant Poland money – he said. When asked what exactly he meant, he pointed to the liquidation of the Disciplinary Chamber and “the introduction of some new body, which of course will not change anything, just to be clear.” – If only these formal measures are introduced, the repressed judges will be able to feel betrayed – he said.

As he added, “we, too, as citizens, will not be able to feel satisfied.” – Of course, on the one hand, we will say “it’s fine” because we receive money. On the other hand, our spoiled country will not be able to use this money properly. They will be used to strengthen the authoritarian tendencies we have seen so far, he assessed.

As Matczak summed up, “it will be a bad, tragic situation”. – However, I do not know if there is a chance at this point for us to fix this rule of law – he added.