NATO Summit in Madrid. Piotr Łukasiewicz and Ryszard Schnepf comment on the results of the talks 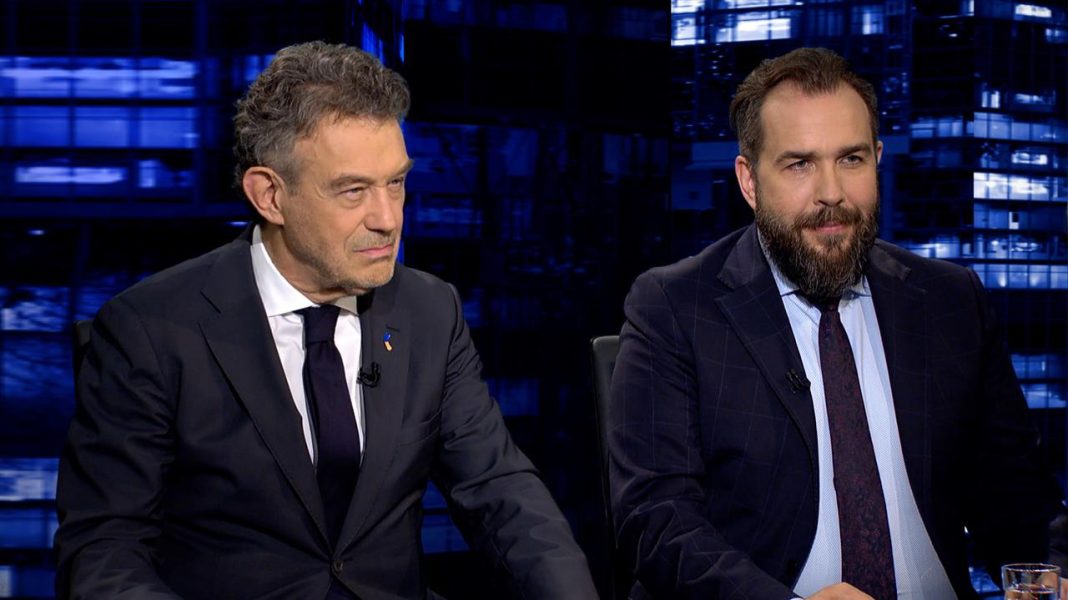 The results of the talks during the Madrid NATO summit in “Kropka nad i” on TVN24. According to Ryszard Schnepf, the summit “should be divided into two parts and each of them should be assessed slightly differently”. – The first is the political layer. There have indeed been some significant changes here. On the other hand, on the military level, this summit did not meet our expectations, at least, he said. – NATO is not inclined to make decisions that will be economically expensive – admitted Piotr Łukasiewicz.

The guests of Monika Olejnik in the Wednesday edition of “Kropka nad i” on TVN24 were the former Polish ambassador in Afghanistan, reserve colonel Dr. Piotr Łukasiewicz and former Polish ambassador to Washington Ryszard Schnepf. They discussed the final declaration after the first session of the summit FOR THISwhere leaders judged that Russia it is the most important and immediate threat to the security of allies and to peace and stability in the Euro-Atlantic area.

NATO Summit “must be divided into two parts and assessed differently”

– Defining Russia as a threat is like considering whether it is still a hooligan or a bandit. We all know how the Russian troops are proceeding and what decisions have been made, commented Schnepf. – But from a political point of view, it should be declared in order to reformulate the entire policy of NATO. So it was needed, but I wouldn’t attach too much importance to it. At the address Vladimir Putin stronger words were spoken – he said.

According to Schnepf, the NATO summit in Madrid should be divided into two parts and each of them should be assessed slightly differently. – The first is the political layer. There have indeed been significant changes, not only in the discourse, but also the fact that two important countries, Finland and Sweden have joined NATO, he said, noting that “President Biden’s role was significant in this matter”.

– On the other hand, on the military level, this summit did not meet our expectations, although the expectations of the Polish government, the President of the Republic of Poland, were simply low. Therefore, everyone can be happy, but there is actually no yield. Have we made ourselves safer as a result of these decisions? These are very loose announcements about an increase in the number of forward troops, about the transfer of the command to Poznań, which is also important – he described further.

“But as far as our eastern flank of our country is concerned, it actually remained in the situation it was in, from a military point of view,” he added.

“NATO is not inclined to make economically costly decisions”

In turn, Piotr Łukasiewicz commented that “Putin proved that he is a threat not more than three days ago by deciding to deploy Iskander-M missiles in Belarus”. – These are rockets that can carry so-called conventional loads up to five hundred kilometers, but also nuclear. This is probably the most serious strategic change in our region, but also throughout Europe, except war in Ukraine, that is, the nuclearization of Belarus. Belarus, after the so-called constitutional referendum, renounced its status as a non-nuclear state, he said.

– Here we will probably have missiles with nuclear warheads near Warsaw. It is indeed a deserved definition of a threat that is significant for our part of Europe, he noted.

Referring to the military outcomes of the talks, Łukasiewicz assessed that “NATO is not inclined to make economically costly decisions, also when it comes to some kind of use of troops”. – Arrangement of troops in the proving ground mode, as it is happening at the moment, i.e. both NATO and American troops, these are still rotating forces that come to Central Europe, train here, train, participate in the collective security of this region, but are still in the proving ground, he noted.

– Permanent distribution, permanent bases are infrastructure, that is, the transfer of these units together with their families, with all the facilities. This is an expensive undertaking, and the war in Ukraine has taught us, both in Poland and in NATO, that the preparation of a conventional operation, an attack on another country by Russia, is preceded by long and quite exposed preparations, to which NATO will always find time to respond quickly enough – he continued. “Hence the weight of the three hundred thousand soldiers allocated to the rapid reaction force,” he concluded.