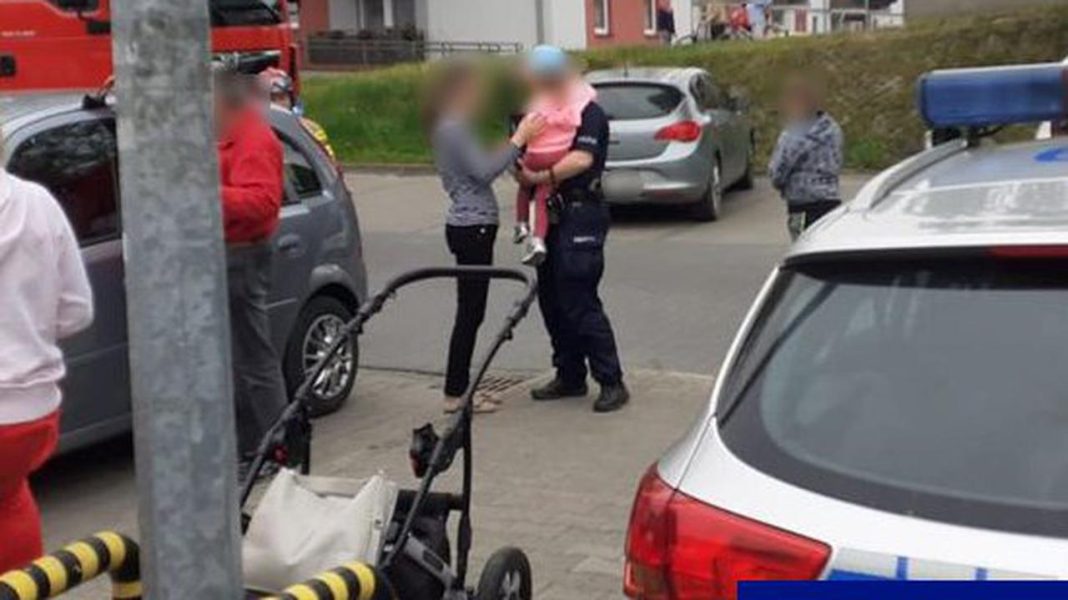 Police officers from Nowe Miasto Lubawskie (Warmińsko-Mazurskie) helped a woman who slammed the car door by mistake, leaving her two-month-old baby and keys inside. She stayed outside with her older daughter. Notified of the situation, the uniforms went with the woman to her house to get spare keys. At that time, one of the officers stayed on the spot. She told fairy tales to a little girl, and she watched the baby through the glass.

Everything happened on Wednesday (May 25) in one of the store car parks in Nowe Miasto Lubawskie. Around noon, the policemen received a report from a woman that her car had jammed and a baby was left inside. Asp. Dorota Kaczmarska and Senior Sgt. Łukasz Groszkowski.

– According to the upset mother’s account, she fastened the baby in the back seat in the so-called carrier and closed the car door to come from the other side and fasten her older daughter in the other seat before the journey. Unfortunately, then it turned out that the locks on the doors were blocked, and the keys were left inside – the police from the New Towns handed over.

How to open a car without damaging it?

Apart from the policemen, there were also outsiders who tried to help. However, no one managed to open the car without damaging it.

– There were also firefighters present, who were ready to open the vehicle by force at any time, in case of a threat to the life and health of the child, the officers added.

The weather conditions were favorable and the child fell asleep in the car. So the policemen decided that one of the officers would go with the woman to a house a few kilometers away to get spare keys, and that she would stay in a district office next to the car. The policewoman took care of a few-year-old girl, telling her stories. At the same time, she watched the sleeping infant through the glass.

– This intervention had a happy ending and ended only with my mother’s stress. The basis of random people who did not remain indifferent and also tried to help the frightened mother open the car deserves attention and real praise – summed up the policemen.