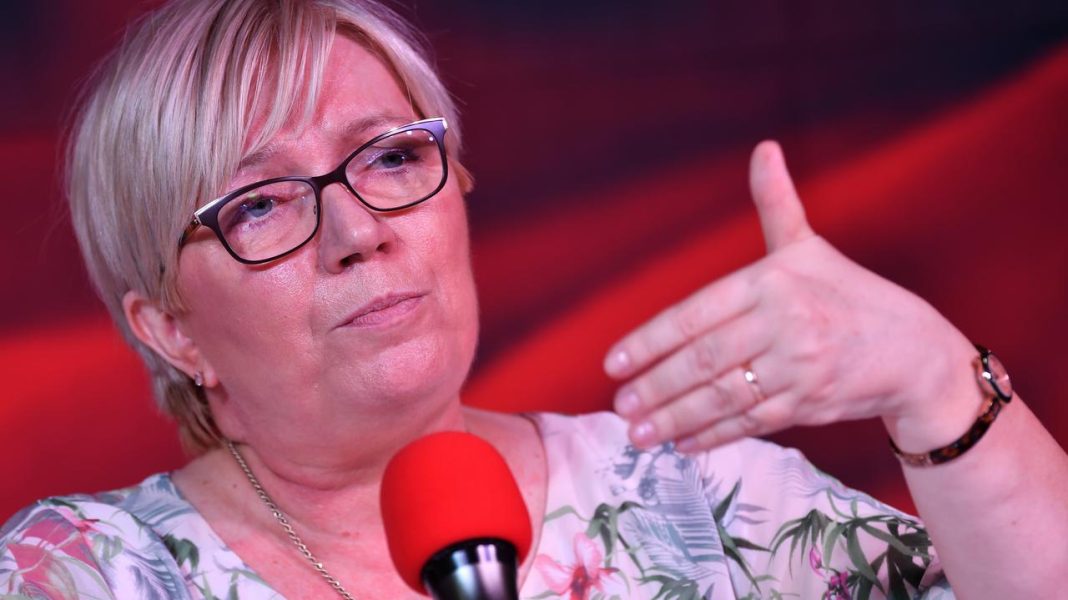 The Constitutional Tribunal, headed by Julia Przyłębska, finally admitted that the president was spending public money on the apartment, although she had her own house just 25 kilometers from work. There are murmurs of dissatisfaction even in Law and Justice. Material of the magazine “Polska i Świat”.

25 kilometers between work and home is not far from the realities of Warsaw – such a section has to be covered Julia Przyłębska. Nevertheless, as Anna Dąbrowska, the journalist of the weekly “Polityka” revealed, the president still uses the official apartment at the prestigious Szucha Avenue, the same where the Constitutional Court.

– I asked the Constitutional Tribunal whether it still rented a business flat for Julia Przyłębska at Aleja Szucha. After 50 days, the answer came. It has not been denied that Julia Przyłębska no longer has this official apartment. I received information that the apartments are rented to nine judges – says Anna Dąbrowska. Eight lives a few hundred kilometers from Warsaw, the ninth is for the president. The TK press office does not inform how much each apartment costs exactly, it covers itself with mathematics and states that it is on average PLN 4.5 thousand per month.

– This is an abuse of power. After all, Polish taxpayers pay for it, we all contribute to it. It is like this: we have a house near Warsaw, we have a company flat and we also have a driver with a company car at our disposal – says Tomasz Trela ​​from Lewica.

The regulations make it clear that the judges of the Tribunal who do not live in Warsaw are entitled to a service flat and receive reimbursement of travel expenses and even an allowance for separation from the family. Theoretically, in the case of Julia Przyłębska, who lives in the poviat adjacent to the capital, everything is fine, but in practice there is an ethical rash.

– He can use this right, but 20 kilometers, i.e. a maximum of an hour in traffic jams, to get to his home does not seem too far to decide on such a business flat – says the journalist of “Wirtualna Polska” Patryk Michalski.

Attempts to classify the asset declaration

As opposition politicians say, it has now become clear why Julia Przyłębska did not want to show the declaration of assets, because it would become clear that in 2021 she and her husband became the owners of a villa near Warsaw. The President of the Constitutional Tribunal’s colleague, the President of the Supreme Court, signed the motion to classify the declaration of assets. Małgorzata Manowska.

– Someone who has nothing to hide will not try to make his declaration of financial interests suddenly become unavailable to the public – says Paulina Henning-Kloska from Poland 2050.

Even the United Right community did not like the attempt to classify the asset declaration secret – in the end, the forced president of the Constitutional Tribunal asked for it to be declassified.

– I advise everyone to disclose property declarations to the extent that the law provides, and this also applies to judges of the Constitutional Tribunal – says the Minister of Justice and the Public Prosecutor General Zbigniew Ziobro.

On government television, Julia Przyłębska argued that she wanted to withhold information about her real estate, because – as she claimed – “she was intrusive and was afraid for security”, although she did not provide any evidence of it.

– The procedures with the confidentiality of the declaration of property are related to the fact that she wanted to hide the fact that she lives 25 kilometers from her workplace, but still wants to rent her a business flat, for which we all pay, says Anna Dąbrowska.

On the eve of the passing date, Julia Przyłębska published her property declaration, it shows that she is the owner of a 256-meter house with a bass.

Share
Facebook
Twitter
Pinterest
WhatsApp
Previous articleLaura Ingraham: Hiding in Europe is preferable to coming again house and going through the wrath of America
Next articleWhere is the storm. Thunderstorms in Poland on Thursday 30 June. Find out where the storm is. Storm map and radar