Physicist Étienne Klein posted a photo of Proxima Centauri. It turned out to be a slice of chorizo ​​sausage 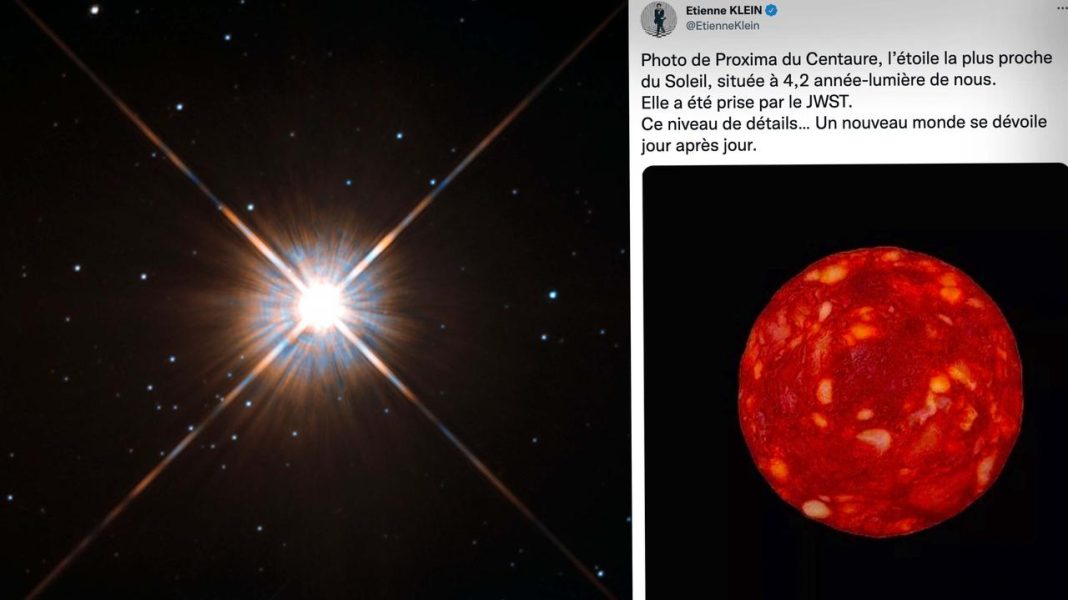 One French physicist posted a photo on social media allegedly taken by the James Webb Space Telescope. It was supposed to represent Proxima Centauri – the second star closest to Earth. It turned out, however, that the scientist indulged in a joke that many observers took completely seriously.

Étienne Klein – the famous physicist director of the French Committee for Atomic Energy – shared a “cosmic” photo on Twitter on Sunday. “The image of Proxima Centauri, the closest star to the Sun, 4.2 light-years away. It was taken by the James Webb Space Telescope. This level of detail … The new world is being discovered every day,” he wrote in the description of the photo on his profile. is watched by over 91,000 people.

A lot of comments from users who believed the researcher appeared under the post.

Meanwhile, everything turned out to be a joke.

Not a star, but a slice of sausage

Klein later admitted, also via social media, that in fact the photo shows … a slice of chorizo ​​sausage on a black background. “According to modern cosmology, no item related to Spanish cold cuts exists anywhere else than on Earth,” he admitted.

After being thundered for posting the photo, he explained, “In light of some comments, I feel compelled to point out that this tweet, showing the alleged photo of Proxima Centauri, was a joke.” He called for caution to treat content transmitted on the Internet, even by “authorities”.

Eventually, Klein apologized to everyone for his joke. As he added, his intention was to “encourage caution towards images that seem to speak for themselves”. As a “redress”, he posted a photo of the Cartwheel galaxy (ESO 350-G40) and assured that this time the photograph was genuine.

The James Webb Space Telescope is the most powerful telescope ever launched in cosmos. The device officially started operating on July 12. Its task is to study the far corners of the Universe, including the first galaxies that are invisible to the human eye from Earth.