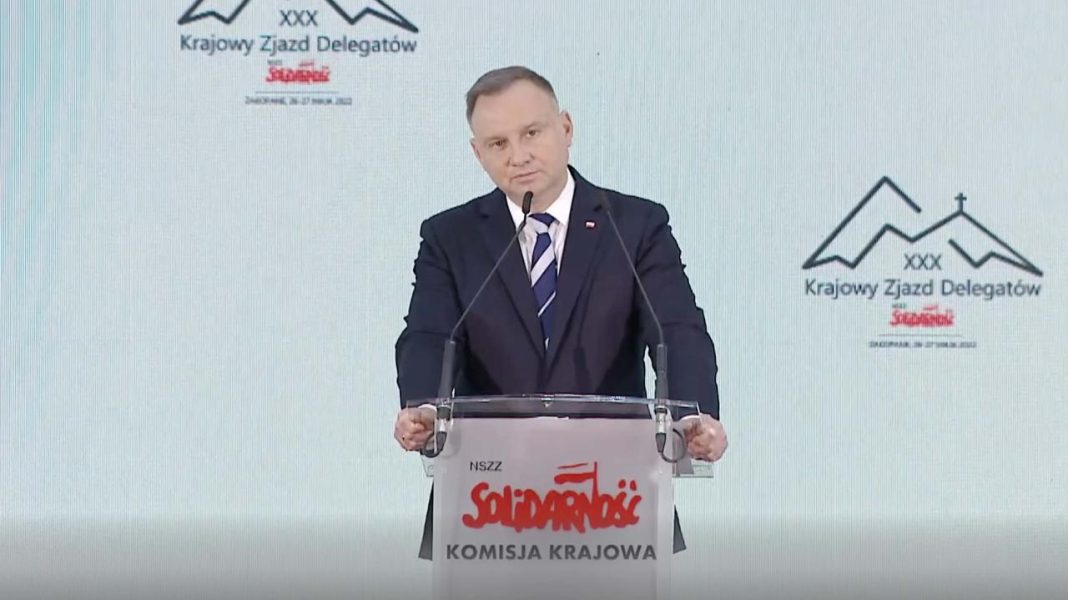 During his speech at the National Congress of Delegates of NSZZ “Solidarność”, President Andrzej Duda referred to the age of nurses, including lacing shoes and putting on a catheter. – Our competences significantly exceed threading laces, and 30 percent of nurses working with patients have reached retirement age – says Krystyna Ptok, president of the National Trade Union of Nurses and Midwives.

– You need to relax the atmosphere a little – said the president at one point.

– When did you show these protests against 67 (against extending the retirement age to 67 – ed.). After all, I was a member of parliament at the time, I remembered such a poster addressed to the then Prime Minister Donald Tusk: “Prime Minister, would you like a 67-year-old nurse to put a catheter on you?” I remember thinking to myself then – I was 40 then, maybe even less than – damn it. But today my folks, I am 50 and I have a serious problem to thread my shoelaces without glasses. And I will tell you that … Serious matter – the president said to the gathered audience.

– We are indignant – says Krystyna Ptok, chairwoman of the National Trade Union of Nurses and Midwives (OZZPiP). – Jokes about nurses, 30 percent of whom have already reached retirement age, but are still working because there is no one to replace them at the patients’ beds, are at least out of place, especially by the head of state. It is also scandalous to liken our professional activities to threading a shoelace. Saving human health and life requires much higher competences, experience and skills than threading a shoelace – adds Krystyna Ptok.

The chairman of the OZZPiP was also disgusted by the fact that the women present in the room joined the general merriment after the president’s speech.

– The president in his joke suggested that at the age of 67, an experienced nurse has a problem to properly perform a medical procedure. Meanwhile, according to the latest report of the Supreme Council of Nurses and Midwives (NRPiP), nurses at retirement age currently account for almost 30 percent of professionally active nurses. In the face of the current staff crisis, insulting colleagues who teach young nurses entering the profession seems far from appropriate and offends the entire professional group, which is one of the largest in the health care system, especially our experienced colleagues, without whom it is difficult to imagine our system now, says Gilbert Kolbe, MSc in Nursing.

For Kolbe, the equation of catheter placement with shoelace is “below criticism”. – Our experienced colleagues often perform all procedures requiring precision with the utmost care – he assures.

We asked the Chancellery of the President to comment on Andrzej Duda’s statement. We are waiting for answer.