Raszyn. He lost control of the car and drove hard into a private garden 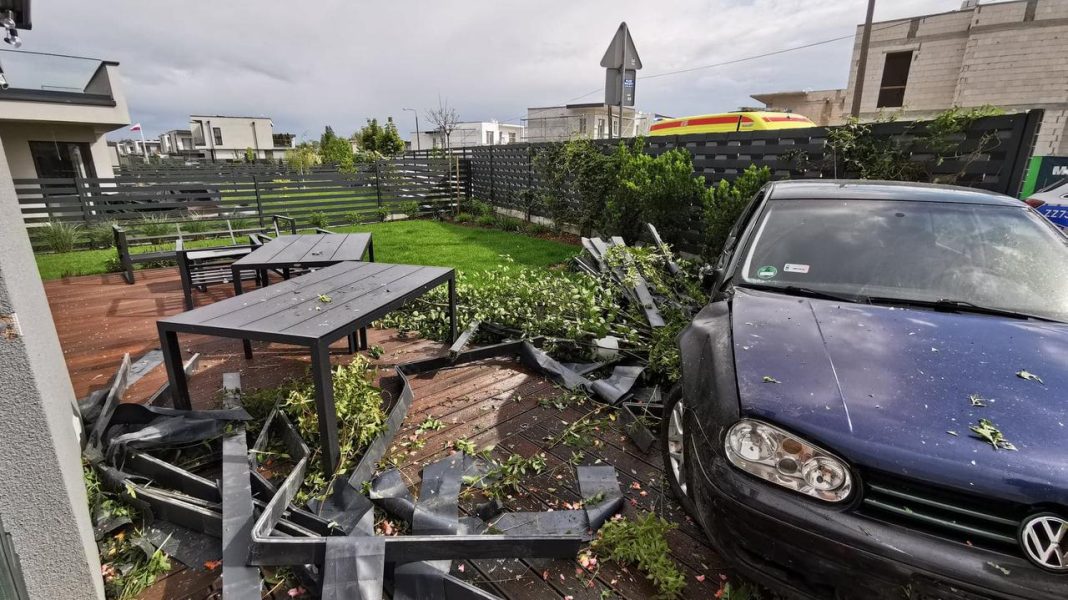 On Saturday, in Raszyn, a passenger car driver left the road directly onto a private property. He destroyed the fence and part of the garden. The event was recorded by a surveillance camera.

The dangerous incident took place on Saturday afternoon in Raszyn at Pruszkowska Street. The reporter of tvnwarszawa.pl, Artur Węgrzynowicz, found out about him, who talked to Mr. Piotr – the owner of the property, into which a speeding Volkswagen entered. – The owner of the property learned about the incident from the neighbors, because at that time he and his family were not at home – says our reporter.

As Węgrzynowicz found out, the Volkswagen driver lost control of the vehicle, drove across the pavement and bicycle path, pierced the fence, destroying trees and plants growing in the garden along the way, and stopped on the backyard terrace. The scale of the damage is illustrated by the video surveillance camera that was handed over to us by the owner of the property. – Mr. Piotr was clearly shocked by this event. Children usually play in the place where the driver has done the damage, our reporter said.

The driver broke the fence and drove into a private property

The driver was sober

The information about this incident was confirmed by the Warsaw Police Headquarters. – We received the application on Saturday at 15.52. A Volkswagen driver has caused a collision. Nothing happened to anyone. The driver of the car was sober – informed Jarosław Florczak from KSP. The man was fined.

Pruszkowska Street in Raszyn is located between single-family houses. – As Mr. Piotr claims, Pruszkowska is regularly speeding and even racing. Together with their neighbors, they asked the poviat authorities to install speed bumps. But they heard from officials that there was no such need. He hopes that it will change now and restrictions will be introduced on the street – added the tvnwarszawa.pl reporter.

Share
Facebook
Twitter
Pinterest
WhatsApp
Previous articleThe disaster in the Pniówek mine. The work of mining rescuers
Next articleAndy Murray to ramp up Wimbledon preparations by getting into Surbiton Trophy on Monday | Tennis Information