Research: Dinosaurs may have spread when Earth was cold 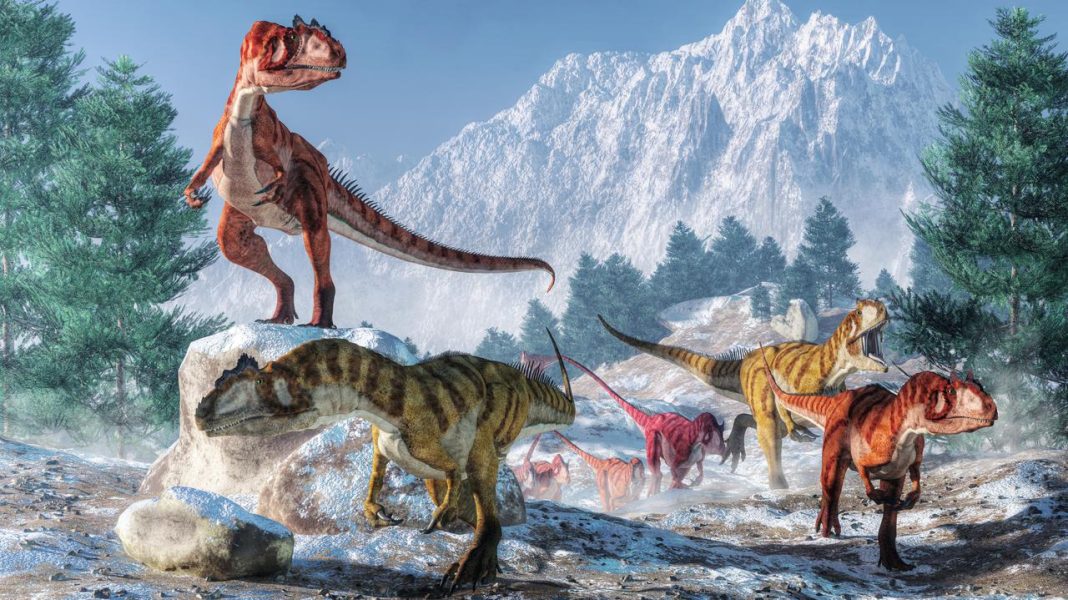 According to the latest analyzes, dinosaurs could spread when the Earth’s climate was cool. To find this out, the scientists compared two periods of extinction – the Cretaceous and the Triassic-Jurassic. According to the researchers, many reptiles have survived because they have managed to adapt to low temperatures.

Dinosaurs spread across the Earth when it was cool, and not – contrary to popular belief – when the climate was warm, the scientists report in the journal Science Advances.

The two extinction periods were compared

Dinosaurs died out 66 million years ago as a result of a large celestial body hitting the Earth. There were great fires and tsunami waves all over the planet.

In their latest research, scientists have compared the Cretaceous extinction of dinosaurs to the Triassic-Jurassic extinction of 202 million years ago. Many large reptiles died then, but not the dinosaurs. For them, this crisis turned out to be a chance for expansion and conquest of the planet.

Researchers from an international team asked how it happened that many species became extinct in the Triassic Jurassic extinction, but the dinosaurs survived.

Some of them managed to adapt

We commonly imagine dinosaurs as thermophilic animals. However, recent research turns our knowledge on its head. The latest findings show that Triassic dinosaurs were animals living in the circumpolar regions, experiencing periodically low temperatures. However, the poles were not as cold then as they are now, the polar ice caps did not exist, and instead these areas grew deciduous forests.

So it seems that as a result of the Triassic-Jurassic cooling, the large, cold-blooded reptiles became extinct, while the dinosaurs, adapted to the frosty climate, were able to survive.

Dinosaurs are thought to have appeared in the Triassic approximately 231 million years ago in the temperate southern latitudes. The continents were then combined into one supercontinent called Pangea. Dinosaurs reached the far north about 214 million years ago. At that time, until the extinction of 202 million years ago, large reptiles, including relatives of crocodiles, were dominant in tropical and subtropical regions.

At the end of the Triassic, violent volcanic events began that could last several hundred years. Then, more or less, Pangea began to disintegrate into individual continents, and a fissure appeared in its center, which later turned into the Atlantic Ocean. Three-quarters of terrestrial organisms became extinct as a result of the Triassic extinction. Such as, for example, turtles that took refuge in burrows did better.

The feathers could help

According to the authors of the article, sulfur compounds could be released during volcanic eruptions, which, by creating aerosols, blocked the access of sunlight. They caused a significant cooling of the climate.