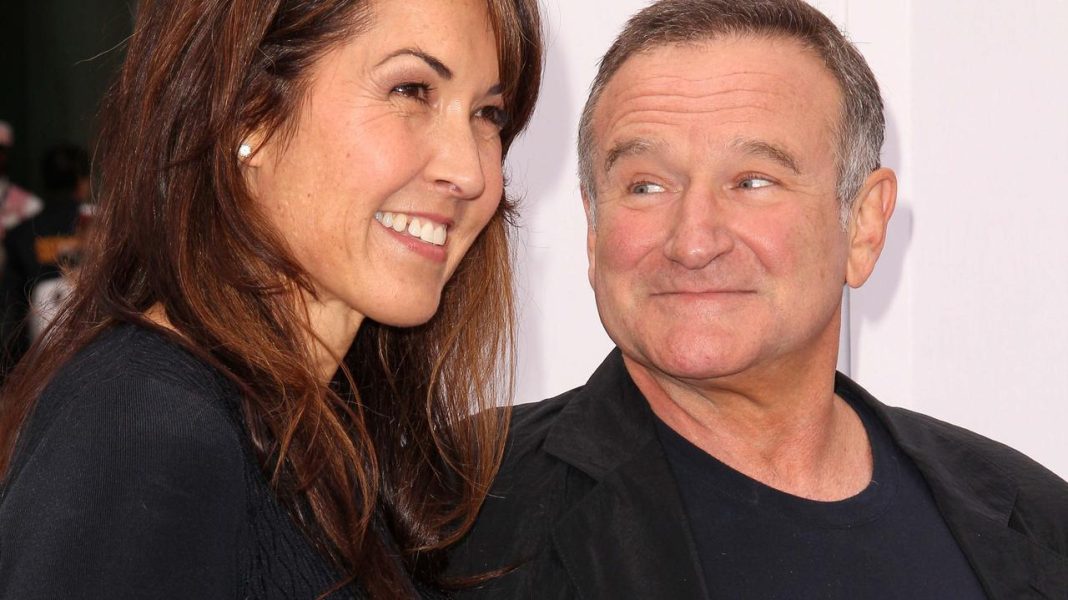 Nearly eight years after the death of Robin Williams, the widow of the actor decided to tell about the last years of his life, marked by the struggle with the disease. Susan Schneider Williams has for years been involved in raising awareness of dementia with Lewy bodies – a condition that still holds many secrets.

Robin Williams has struggled with a number of health conditions in the last years of his life. As Susan Schneider Williams, the widow of the actor recalls, endless fear and anxiety started a cascade of symptoms. This was in 2012, when Williams began withdrawing from his activities at the Throckmorton Theater in California. Paranoia set in, the actor began to experience delusions. He was stressed by work, memory loss and a changing personality, and not getting enough sleep which turned into severe insomnia.

What was Robin Williams sick with?

A few months before suicide in Williams have been diagnosed with Parkinson’s disease. The actor’s widow at the Life Itself conference, a health and wellness event, admitted that it was only a brain autopsy performed a few months after his death that revealed that the actor suffered from Lewy Body Dementia (LBD). “But that was just the tip of the iceberg,” said Susan Schneider Williams, who is now popularizing LBD awareness and helping raise funds for LBD research. He compares the moment of discovering what her husband was struggling with to discovering the name of the murderer.

Dementia with Lewy bodies is a neurodegenerative disease of which a characteristic feature is the appearance of the so-called Lewy bodies, (named after one of their researchers, Fritz Heinrich Lewy). Because LBD initially produces similar symptoms to Alzheimer’s or Parkinson’s, it is often misdiagnosed. In addition, Lewy body proteins cannot be tested like Alzheimer’s proteins, so LBD cases are often diagnosed after death when families request an autopsy.

According to Schneider Williams, misdiagnosis and overlapping symptoms can lead to confusion among patients and their families. She emphasizes that discovering what her husband was struggling with helped to come to terms with his passing: “That’s when my own healing began. We experienced something that was invisible and scary, really. behind what helped explain the experience. Robin wasn’t crazy. That was one of his biggest fears, “she told Life Itself.

To ensure that people with Lewy body dementia and their loved ones experience something similar, she has been working with the American Brain Foundation for six years. She also helped establish the Lewy Body Dementia Fund and award him a $ 3 million research grant. Objective? Alleviate the symptoms of the disease and facilitate diagnosis.

Dementia with Lewy bodies has over 40 symptoms that can appear and disappear randomly. Among them: thinking disorders, mobility problems, sleep disturbances, behavior and mood problems, changes in body functions such as the ability to control urination, hallucinations. “As a caretaker, you feel incredibly powerless to realize, ‘Oh my God, nothing I say or do can bring him back to reality.’ And this is a very scary place. LBD – it really takes control,” remembers the widow of Williams. .

Experts continue to learn new details about Lewy body dementia and how it is diagnosed. Recent discoveries include two new diagnostic methods: cerebrospinal fluid testing and a skin biopsy test.

$ 29 million to research a new drug

According to Dr. James Galvin, professor of neurology and director of the Center for Brain Health at the University of Miami Miller School of Medicine, creating a diagnostic method that would allow a patient to determine if he / she had LBD while alive was a “long way.” The National Institutes of Health awarded Galvin a $ 29 million grant to study the effectiveness of a new drug, CT1812. It can help the brains of LBD patients remove toxic proteins and protect them from loss of function.

SEE ALSO: An atlas of the brain from fetal life to old age was created. 125,000 test results were analyzed

“When I wrote the editorial ‘Terrorist in My Husband’s Brain’, I was convinced the diagnosis wouldn’t matter anyway because there was no cure for it. But my thinking has completely changed since then. Diagnosis is everything – not just for patients and carers, but also for doctors and researchers. If we had an accurate diagnosis, we could seek specialist care, “said Schneider Williams at the conference.

She added that the process of finding solutions is difficult because you never know if expensive research will lead to discoveries: “The hope is that no matter what, you get up and go. And you don’t do it yourself,” she said.

SEE ALSO: Electrically stimulated brain. “I did not believe it would be possible”