Russia. Sanctions against the US. On the list, incl. Joe Biden, John McCain, Morgan Freeman 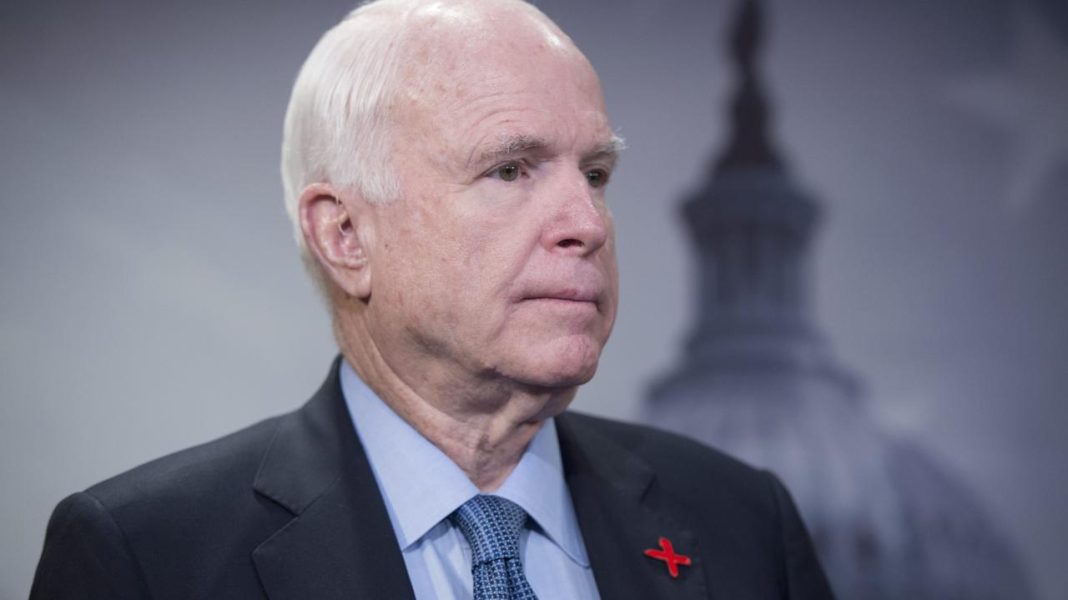 Russia released an updated list of 963 Americans banned from entering Russia on Saturday. The list includes the names of US President Joe Biden, numerous representatives of his administration, but also the late Senator John McCain and the popular Hollywood actor Morgan Freeman. The Washington Post points out that “one prominent name” is missing from the list.

Russian invasion of Ukraine. Read the report on tvn24.pl

The new list of Russian sanctions against the US is reported by numerous American media, including CNN and the Washington Post. They refer to the information provided by the Russian Ministry of Foreign Affairs.

Some people were subject to sanctions earlier

The list of 963 Americans compiled by the Russian Foreign Office includes many members of Congress, including House of Representatives president Nancy Pelosi, Senate democratic majority leader Charles E. Schumer and Republican minority leader Kevin McCarthy, the daily adds. According to Reuters, this is symbolic evidence of the deterioration of US-Russian relations since Russia’s invasion of Ukraine.

“(These) counter-sanctions are a necessity and are intended to force the ruling US regime, which is trying to impose on the rest of the world a neo-colonial ‘rules-based world order'”, to change its behavior by becoming aware of the new geopolitical reality, “reads an excerpt from a statement by the Russian Foreign Ministry, cited by CNN.

Some of the people on Saturday’s list, incl Biden, Blinken and Secretary of Defense Lloyd Austin were subject to sanctions as early as March.

Media: among those banned from entering Russia, the late Senator John McCain

The American media point out that the list of people banned from entering Russia, containing 963 names, includes many representatives of the current American administration, but also journalists, lawyers, people associated with the technology industry, and representatives of pop culture. There are also people who are already dead.

Among the dead on the Russian sanctions list were Senators John McCain (died in 2018), Harry M. Reid (died in 2021) and Orrin G. Hatch (died in 2022). McCain is a Vietnam veteran, a longtime member of the US Congress, and a candidate for the US presidency in 2008, when he lost the battle for the White House to Barack Obama.

Filmmakers, including Morgan Freeman, are also on the list

CNN writes that “Russia also attacked Hollywood”. Also on the list are actor Morgan Freeman and fellow filmmaker Rob Reiner. The broadcaster recalls that in 2017, Reiner was involved in promoting a committee to investigate and detect Russian attacks on democracy, and Freeman appeared in a video posted on the organization’s website.

The Washington Post also writes that “one prominent name” – former President Donald Trump – is missing from the list. “In fact, the only prominent Trump administration official to be banned is former Secretary of State Mike Pompeo,” he added.