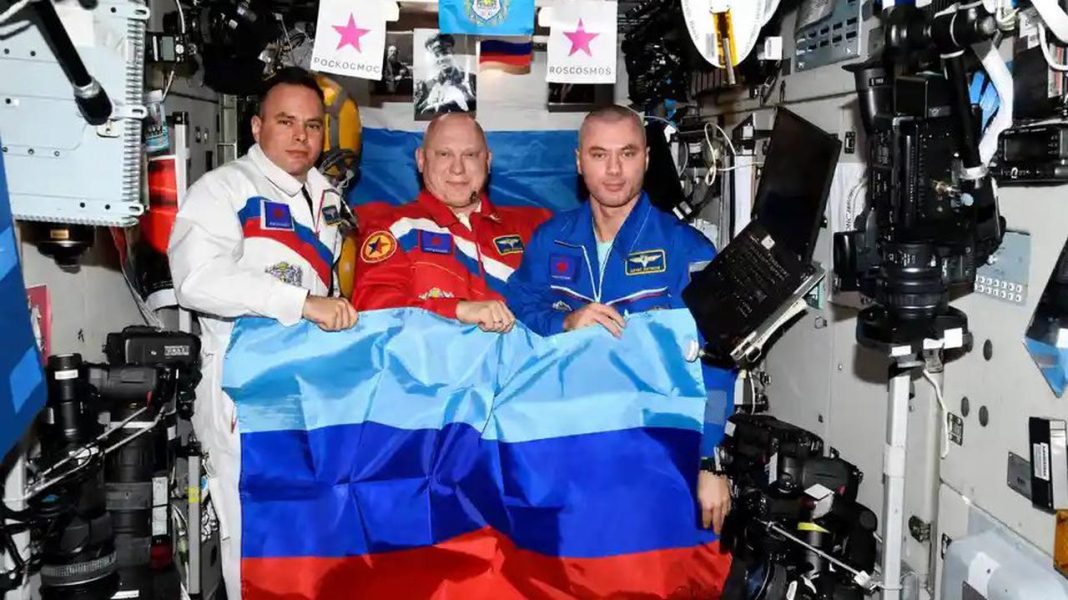 Russia is exporting its barbarity even into space, said Ole Nikolenko, spokesman for the Ministry of Foreign Affairs of Ukraine, on Tuesday, commenting on the display by Russian cosmonauts at the International Space Station (ISS) of the flag of a self-proclaimed republic in the Donbas.

“Russian cosmonauts showed a flag on the International Space Station, under which Russian soldiers kill women and children in Donbas and turn entire Ukrainian cities to dust. Russia it exports its barbarity even into space – to the zone of peace, “Nikolenko wrote on Twitter.

A spokesman for the Ministry of Foreign Affairs called for Russia to be excluded from all international space programs.

Russian news agency Roskosmos on Monday released a photo of cosmonauts holding the flag of the Russia-backed self-proclaimed so-called Luhansk People’s Republic (LPR). It was written that the cosmonauts thus joined the celebration on the occasion of the “liberation” of the LPR.