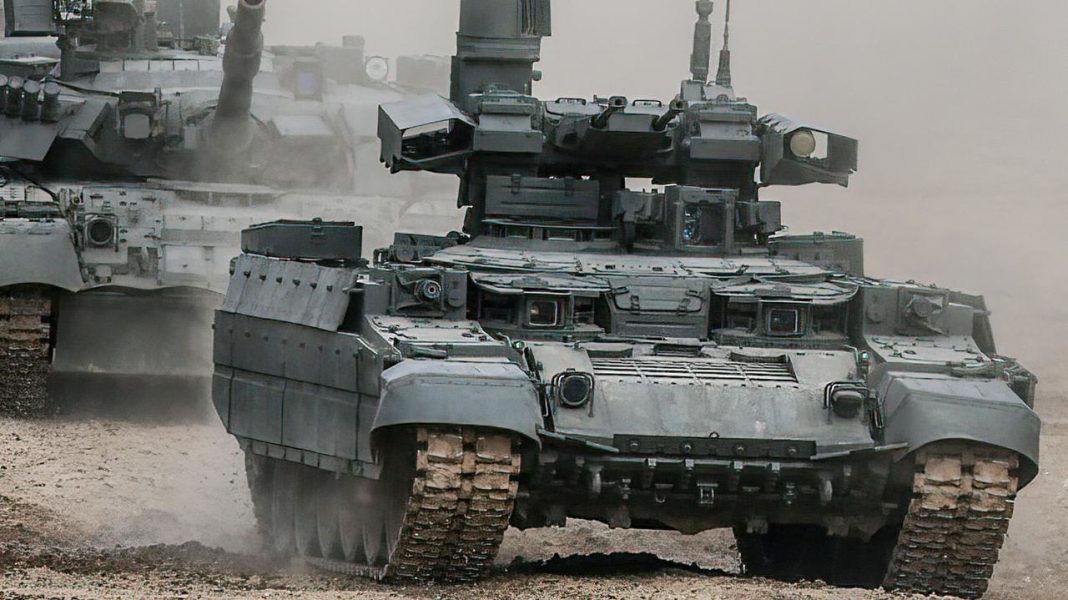 British intelligence said that the Russians probably deployed heavy BMP-T Terminator combat vehicles in the vicinity of Severodonetsk, whose task is to support the tanks, but 10 such vehicles are unlikely to significantly affect the course of the campaign.

“The only combat-ready Russian BMP-T Terminator vehicle company to support the tanks was probably sent to the Severodonetsk Axis as part of the Donbas offensive. Their presence suggests that the Central Military Group (CGW) is involved in the attack, which is the only formation with this vehicle “- wrote in the Daily Intelligence Update.

It added that “CGW had previously suffered heavy losses, having failed to break through to eastern Kiev in the first phase of the invasion.”

“Russia developed the terminator after recognizing the need to provide special protection to the main battle tanks it used during the Afghan and Chechen wars. The Severodonetsk area remains one of Russia’s immediate tactical priorities. However, it is unlikely that, with a maximum of ten terminators, they will have a significant impact on the course of the campaign. “- British intelligence wrote.

Share
Facebook
Twitter
Pinterest
WhatsApp
Previous articleUSA. Gaylord. A tornado has hit Michigan, there are deaths and injuries. “The city is devastated”
Next articlePeugeot “not going to Monza to be spectators” on 9X8’s WEC debut