Sanctions Act. The Sejm rejected an amendment by the Senate to ban the import of LPG from Russia. Political comments 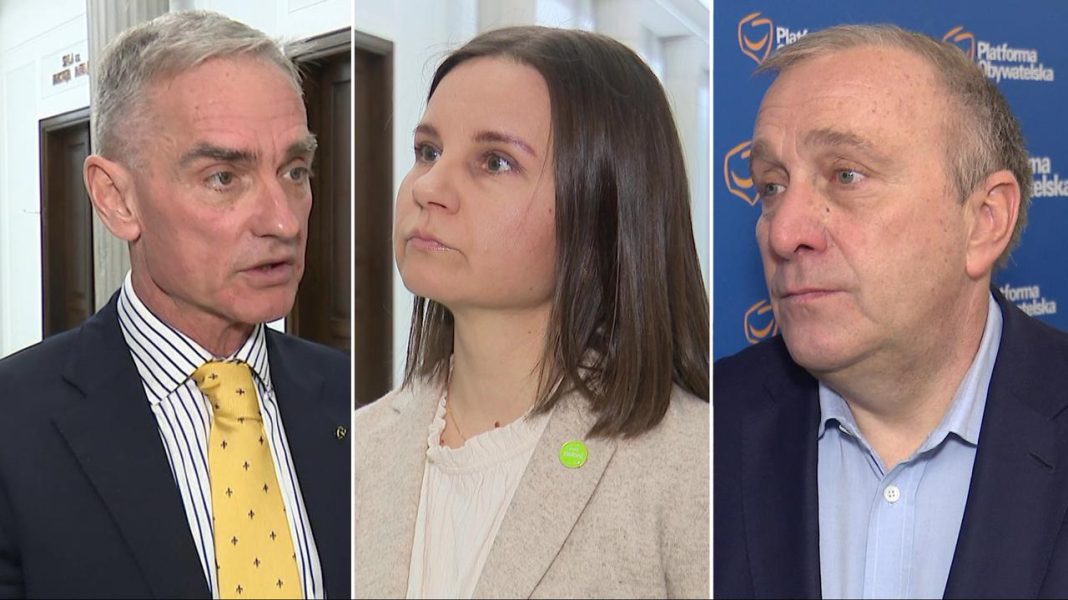 The adoption of the sanctions law without the Senate’s amendment to ban the import of LGP gas from Russia was commented on by politicians in the Sejm on Thursday. Grzegorz Schetyna, MP from the Civic Platform, emphasized that “this is what introducing sanctions is, that they are painful also for those countries that introduce them”. Non-attached Senator Jan Maria Jackowski said that “if the government claims that the financing of Putin’s war should be radically limited,” it is necessary to be consistent.

On Wednesday, the Sejm voted the Senate’s amendments to the law “on special solutions for counteracting aggression against Ukraine and for the protection of national security”. The act provides for, inter alia, banning the import and transit of coal and coke from Russia and Belarus through Poland, as well as freezing the funds and economic resources of persons and entities indicated on a special sanctions list.

Among other things, the Senate wanted a ban on the import and transit of liquefied petroleum gas from Russia and Belarus. The Sejm did not agree to such an amendment.

READ: Sanctions act adopted. MPs did not agree to a ban on LPG imports from Russia

When asked on Thursday at a press conference why the Sejm on Wednesday rejected the Senate’s amendment to ban the import of liquefied petroleum gas from Russia, Prime Minister Mateusz Morawiecki replied: there were imports from Russia. He added that Poland has the most radical plan to abandon Russian hydrocarbons.

Schetyna: Sanctions are also painful for those countries that introduce them

When asked about the vote on Wednesday, Grzegorz Schetyna, MP of the Civic Platform, said that “it is difficult to explain, especially that there is also Deputy Prime Minister (Jacek) Sasin, who says that we cannot accept this amendment, because it will mean that LPG at petrol stations it will cost more and Polish drivers will lose out. ”

He added that “this is what introducing sanctions is that they are also painful for those countries that introduce them.” – But the matter is important. Is this the context of this political relationship between PiS politicians and companies, as we have read recently, that import or mediate in the sale of LPG, this matter must be clarified, because it looks classically like a lobbying activity, that someone prepared this vote and he cared about it in order to conduct them this way – he assessed.

Deputy Prime Minister, Minister of State Assets Jacek Sasin on Wednesday before the vote of the amendment said that “although we are in favor of sanctions, we believe that this amendment is a bad and harmful amendment.” He emphasized that if it was adopted now, 3.5 million Poles – because there are so many LPG-powered cars – would be deprived of the possibility of refueling with cheaper fuel.

– I understand that Prime Minister Sasin is concerned that we are completely unprepared, because it seems that the government does not have the most ambitious plan to abandon the import of Russian hydrocarbons. So I think he expressed his concern, in opposition to what Prime Minister Morawiecki announced two weeks earlier – said the member of the Civic Coalition Urszula Zielińska (the Greens).

– Let the gentlemen get along, let them stop managing the country by the spins of the day written by the spin doctors in the morning before the press conference, only actually sit down at the table and plan what alternative contracts when we can have them. (…) Today, as the Greens, as the opposition, as the Civic Coalition, we implement the prime minister’s promises faster and more efficiently than the prime minister himself, she added.

– They are on the table, Prime Minister, if you are credible, just take them and implement them – she said to the head of government.

Independent senator Jan Maria Jackowski told TVN24 that “if the government claims that funding of Putin’s war must be radically limited, we must therefore be consistent”. – Hence the amendment and I voted for it – he added. – At the moment, however, the government adopts such a narrative, criticizing the Germans, for example, for being quite similar that the economy is not yet ready for the full package of these sanctions. The question is what is for propaganda purposes and what does real politics mean, said the senator.