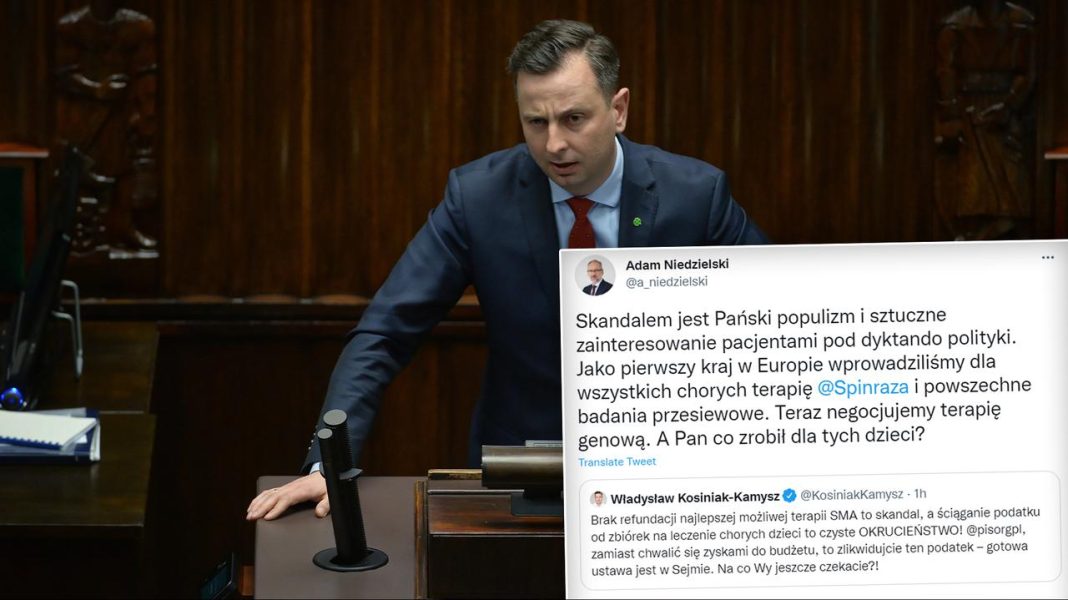 “The lack of reimbursement of the best SMA therapy is a scandal, and collecting the tax on fundraising for the treatment of sick children is pure cruelty,” wrote the head of PSL, Władysław Kosiniak-Kamysz. Adam Niedzielski, the Minister of Health, answered him, who said that his “populism and artificial interest in patients under the dictation of politics” was a “scandal”. Politicians discussed the topic of spinal muscular atrophy – a rare genetic disease of the nervous system. This may affect about 700 people in our country.

The head of the peasants Władysław Kosiniak-Kamysz – who has a medical education – tweeted on Thursday that “not reimbursing the best possible treatment for SMA (spinal muscular atrophy – ed.) is a scandal, and levying a fundraising tax to treat sick children is sheer cruelty.”

Marking the profile of Law and Justice, he addressed the politicians of this camp: “Instead of boasting about budget profits, eliminate this tax – the bill is ready in the Sejm. What are you waiting for ?!” – He was asking.

The Minister of Health responded to this entry Adam Niedzielski. “Your populism and your artificial interest in patients under the dictates of politics are a scandal,” he commented. “We were the first country in Europe to introduce Spinraza (drug – ed.) Therapy and general screening tests for all patients” – he said in the entry. “We are now negotiating gene therapy. And what did the Lord do for these children?” he replied.

Spinal muscular atrophy (SMA) is a rare, genetic disorder of the nervous system. It leads to disability and premature death. Neurologists estimate that the group of patients with SMA in Poland may be approximately 700 people. Every year, about 40 children are born, who will be diagnosed with the disease in the future.

READ TVN24 MAGAZINE: They couldn’t wait anymore, they didn’t want to leave. To save their children, they had to “just break the glass”

The disease affects the nervous system, but leads to muscle weakness and atrophy, and a significantly reduced muscle tone. There are several types of this disease, which differ in the time when the first symptoms appear.

In type 1 SMA, which is the most severe form of the disease, children are born with symptoms of the so-called flaccid baby syndrome, due to decreased muscle tone. Before the age of six months, symptoms of the disease appear, such as the baby not lifting its head, crying softly, and getting tired easily when sucking and swallowing. As the child grows, the muscles of the hip girdle, and then the shoulder girdle, are atrophied. These children never sit alone without support. Untreated disease leads to the need for artificial ventilation. SMA does not affect the intellectual development of children.

Patients with SMA are treated free of charge with Spinraza in Poland, there is a newborn screening program for SMA. Parents of children with SMA appeal to the government to reduce the VAT rate to zero again.

READ ALSO: The government levies VAT on the drug for SMA. Desperate parents of sick children appeal to the government