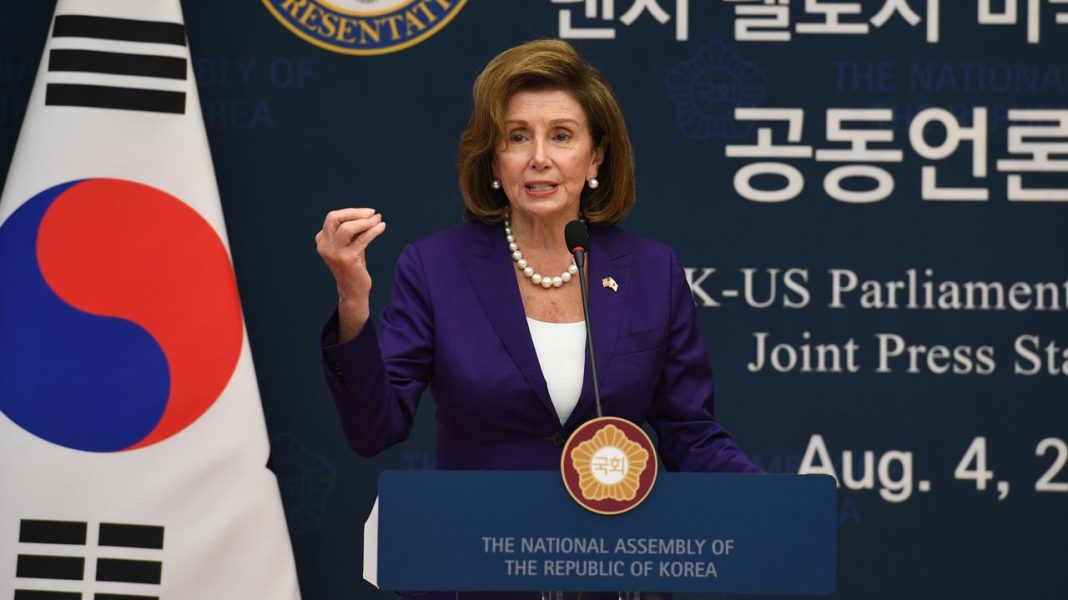 “The greatest destroyer of international peace and stability” – this is how the North Korean agency KCNA writes about Nancy Pelosi, president of the US House of Representatives. North Korea condemned Pelosi’s visit to South Korea. An American diplomat assured her support for Seoul’s efforts to deter the regime of its northern neighbor.

The North Korean state agency KCNA quoted Jo Yong Sam, director general of the press and information department of the North Korean Ministry of Foreign Affairs, who said that comments Nancy Pelosi concerning the denuclearization of the Korean Peninsula “were part of the US plan to escalate tensions in the region.”

According to KCNA, “Pelosi is also trying to justify a hostile US policy towards North Korea and to support US armaments.” “Pelosi, the biggest destroyer of international peace and stability, drew the anger of the Chinese for her recent trip to Taiwan,” wrote KCNA.

“United States they will have to pay dearly for all the sources of trouble she created, wherever she went, “the agency added.

Pelosi, who visited Seoul on Thursday, along with her South Korean counterpart Kim Dzin Pjo, adopted a joint statement on coordinating efforts to contain North Korea and denuclearize the country.

In a statement, Seoul and Washington expressed concern about the growing missile and nuclear threat posed by Pyongyang. “We agreed to support the efforts of both governments to bring about de-nuclearization of (North Korea) and peace through international cooperation and diplomatic dialogue, based on strong and extended deterrence of (that country),” it said.