Teachers’ salaries. Deputy Minister of Education and Science Tomasz Rzymkowski: they saw what they were taking. Politicians’ comments 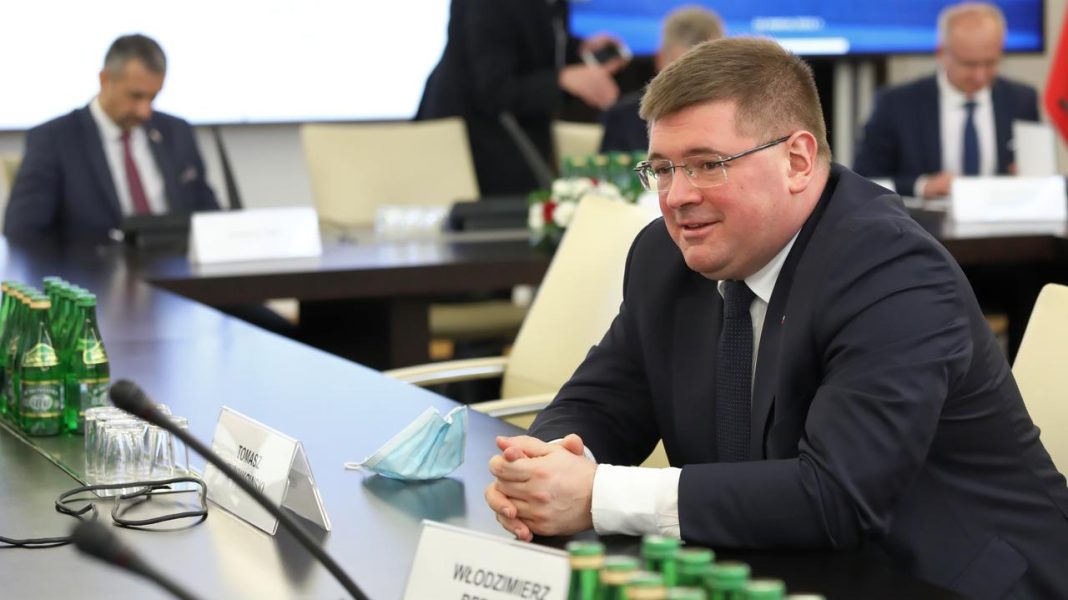 The statement by Tomasz Rzymkowski was unfortunate and should not have fallen, said government spokesman Piotr Mueller, referring to the words of the deputy minister of education and science about teachers’ salaries. Przemysław Czarnek, the head of the ministry, said briefly that he did not agree with Rzymkowski’s statement. – Due to the fact that he is not only a deputy, but also a deputy minister of education, he spits in the face of teachers – said the PO leader Donald Tusk.

On Thursday in Radio Zet Deputy Minister of Education and Science Tomasz Rzymkowski was asked about the issues of teachers’ salaries. He said that he personally knew a teacher whose salary is comparable to that of a deputy and amounts to PLN 11,000. PLN net. – This is a teacher who simply works in two schools and is completely satisfied with it – he assessed.

Government spokesman: The statement was unfortunate and should not have been dropped

Government spokesman Piotr Mueller, asked if he agreed with the deputy minister that “teachers saw what they were taking”, replied that “with today’s act (amendment to the Teacher’s Charter – ed.), Which is in the Sejm, we raise the minimum salary of teachers, because we are flattening the promotion system professional teachers in the group of teachers and we are increasing these salaries, and today’s statement by Minister Rzymkowski was unfortunate and should not fall.

Head of MEiN Przemysław Czarnek he was also asked by journalists in the Seym whether he agreed with Rzymkowski’s statement. He replied shortly, “No, I disagree.”

SEE THE TEXT OF JUSTYNA SUCHECKIE: The teacher takes out a belt. The record holder for one lesson received … 16 groszy

Tusk: Rzymkowski spits in the face of teachers

Rzymkowski’s words were also commented on by the leader of the Civic Platform Donald Tusk. – When I saw the statement of Minister Rzymkowski this morning (…) I did not believe it was possible, really – he said. – Due to the fact that he is not only an MP, but also a deputy minister of education, he spits in the face of teachers – he said.

Tusk stressed that teachers cannot count on such “solid increases by 50 percent”, referring to last year’s increases for the prime minister, ministers, deputies and senators. He added that “no one entered the teaching profession” with the knowledge that “there would be.” inflation 15 percent and high prices. “- I do not think that teachers sign up for such a job for such meager money, at such a high price,” he added.

When asked if he anticipated pay rises for teachers should his formation win in the elections, Tusk replied that this decision should be made now. – If we are going to rule, I do not know how much it will be necessary to raise the wages of the general government, certainly more than 20 percent – he added. He noted that during his reign there were three increases for teachers a year by a total of 30 percent.

According to Tusk, Law and Justice he has “Polish intelligentsia completely somewhere, people working for the state”. – I do not know if it is because they may be out of the calculation that there are few votes. It is soulless – he added.