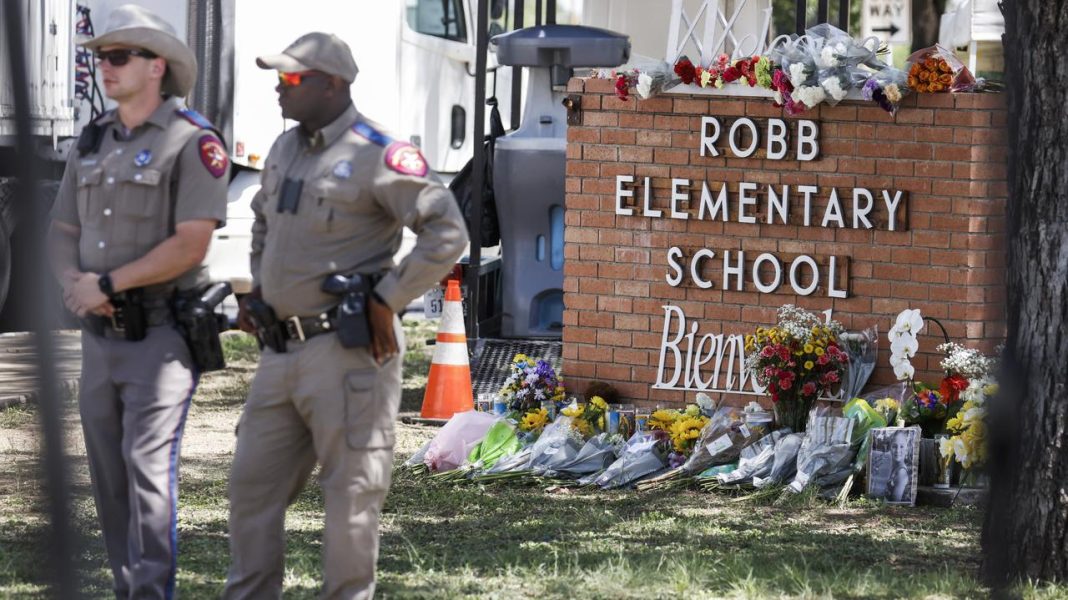 For nearly an hour, children at Uvalde elementary school called the police begging for their help while policemen stood outside the building, said the director of the Texas Department of Public Safety. The state governor admitted on Friday that he had so far had misinformation about police work during the Uvalde school massacre that killed 19 children.

The director of the Texas Department of Public Safety, Steven McCraw, apologized on Friday for the passivity of police officers during the the Uvalde school massacre in the south of the state. McCraw admitted that for nearly an hour the children at school called the police begging for their help while the policemen stood outside.

– From what we now know, we believe that the police officers should come in as soon as possible. If I thought it would help, I would apologize, the official said at a press conference.

The children pleaded for help for nearly 50 minutes

A state official also described how, for nearly 50 minutes, children and teachers confined to two interconnected classrooms with an 18-year-old murderer – armed with a rifle and nearly 40 ammunition clips – repeatedly called the police asking for intervention.

– 12:03 o’clock. The first call was from a little girl. She identified herself and whispered: she is in room 112. At 12:10 the same girl called back and reported that many people had died. At 12:16, she called again and said she had eight to nine students alive, McCraw reported.

At the same time, 19 policemen stood in the corridor under the classroom, deciding not to force the door. They also stopped the parents of children who wanted to stop the murderer on their own.

Ultimately, the policemen and border officers did not enter the classroom until 78 minutes after the attacker entered. During that time, the murderer fired over 100 shots, killing 19 children and two teachers.

McCraw explained that it was the result of the decision of the officer in charge of the action, who mistakenly judged that the attacker, having barricaded himself in one of the classes, was there alone and that none of the children survived the first attack.

The apology came four days after the tragic shooting in which 21 people were killed. Faced with intense criticism from the media and parents, officials and police over the time presented several contradictory versions of the events.

Among other things, McCraw stated that, contrary to first reports, a security guard was not there when the attacker entered the school through the open door and did not confront the killer.

Texas Governor Gregg Abbott admitted he had previously had misinformation about police work during the Uvalde school massacre. He said he was “misled” and “furious”.

“The information I was given was found to be partially inaccurate,” Abbott said at a press conference, stressing that what happened needed to be “carefully and comprehensively” investigated. Abbott previously praised law enforcement agencies for their “incredible courage” and “quick response”.