The fox fell into the sticky barrel. She was back free after a month of convalescence 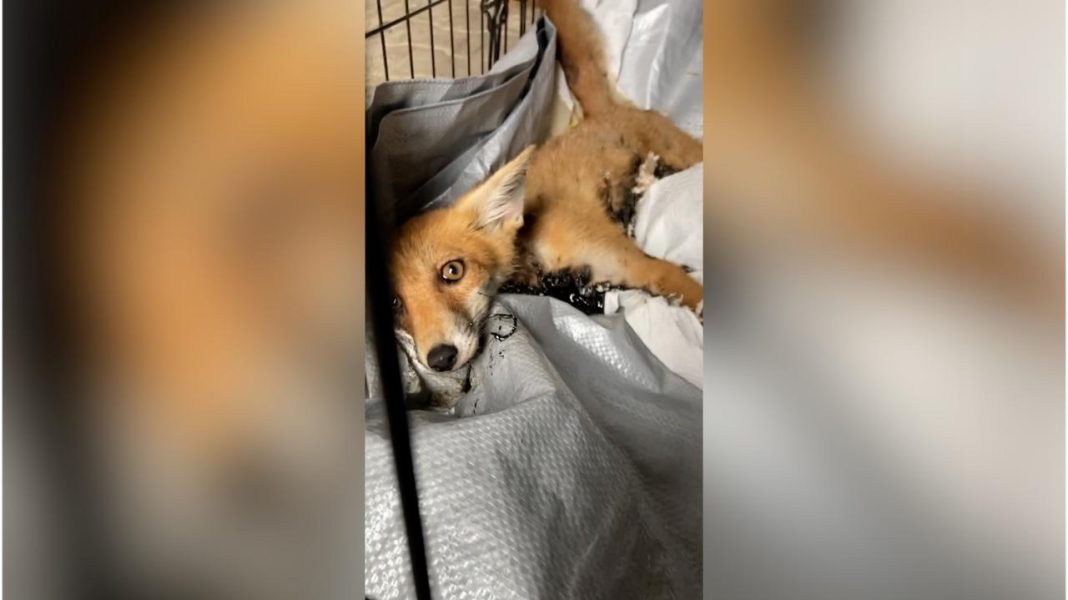 The fox, which fell into the sticky barrel at the beginning of July, was returned to the wild, the naturalists from the Bielsko-Biała wildlife rehabilitation center Mysikrólik informed on Saturday. They showed a video showing how the fox was being given help, as well as the moment of releasing the animal into the forest.

“This beautiful, although not liked by everyone, animal is an important element of our nature. We wish her happiness on the new forest path of life” – wrote the representatives of Mysikrólik in social media. As they emphasized, the fox was returned to freedom “after more than a month of convalescence thanks to the heroic struggle of the female staff of the center.”

When the fox was pulled out of the barrel into which it fell, it attached itself to the tarpaulin, as a misfortune. It took five hours of Benedictine work to clean it up by doctors and volunteers at the center.

“A very fine line between helping and bullying an animal”

Sławomir Łyczko from Mysikrólik informed then that it was the first such case in the center. – Thanks to him I will know that it is worth trying even in hopeless cases. There is a very fine line between helping and bullying an animal. It is not easy to balance on this border, he explained.

The Mysikrólik Center is one of the few in Poland that helps sick or injured wild animals. Its creators are Agnieszka and Sławomir Łyczków from Bielsko.