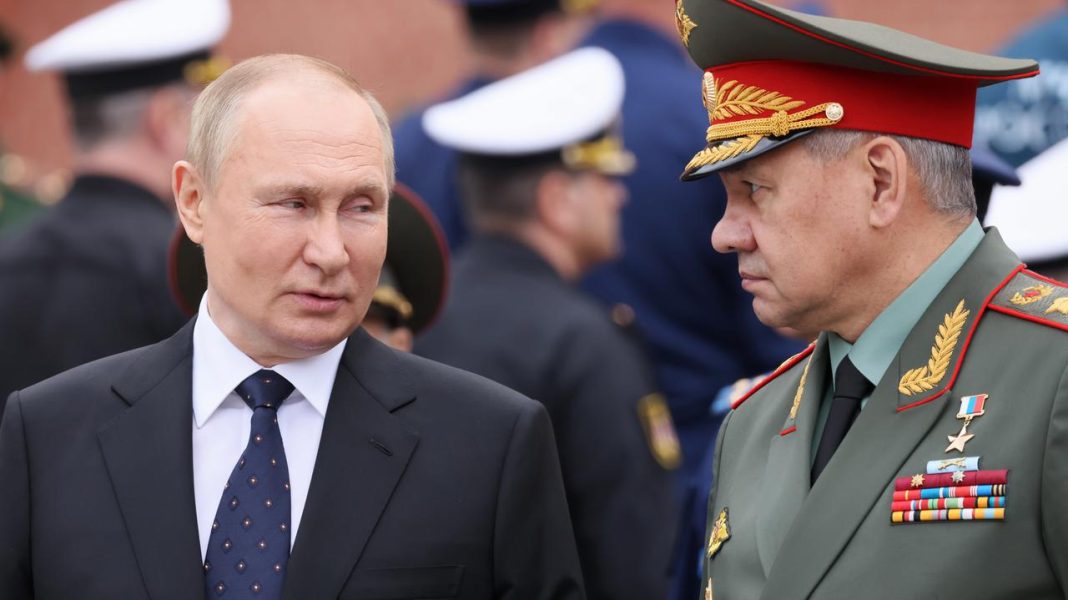 The Russian military operation in Ukraine will continue until goals similar to those indicated by Putin at the beginning of the invasion are achieved, said Nikolai Patrushev, Secretary of the Security Council of Russia on Tuesday. According to experts from the American Institute for War Studies, Russia is constantly interested in overthrowing the Ukrainian government and seizing new areas of the state. For this reason, in their opinion, the Kremlin may extend the war.

Experts from the Institute for the Study of War (ISW) point out that after the failures at the front, the Russians changed their rhetoric, suggesting that their intentions would be limited. However, Nikolai Patrushev’s statement is intended to indicate that the Kremlin still wants to overthrow the Ukrainian government and take over much larger areas than just Donbass.

Also read: Russia’s attack on Ukraine. The most important events of the last hours

Patrushev stressed, inter alia, that Russia’s goal is to “protect civilians” from “genocide”, “de-Nazification” and “demilitarization” of Ukraine and to force it to remain neutral between Russia and FOR THIS. It is a repetition of the most important elements of the Russian propaganda that the country has been spreading since the beginning of the armed attack.

ISW: The Kremlin is getting ready for a “prolonged war”

“The repetition by Patrushev of Putin’s straightforward original goals after almost five months clearly indicates that the Kremlin does not recognize the recent gains in the Lugansk oblast as fulfilling the goals of the ‘special operation’, which confirms the CEI’s assessment that the Kremlin has significant territorial aspirations outside the Donbass” – wrote in the report American researchers.

“Patrushev’s statement suggests that the Russian military leadership will strive for progress beyond the Donetsk and Luhansk oblasts, and the Kremlin is gearing up for an extended war with the intention of occupying much larger areas of Ukraine,” the researchers said.

The institute’s employees emphasize that due to Patrushev’s close relationship with Putin, it is unlikely that the head of the Russian Security Council would express opinions with which the Russian leader would not agree.

Assault on Donetsk, Slavyansk under fire

It is the 133rd day of the Russian invasion of Ukraine. On Wednesday, Russian soldiers, supported by artillery fire, are leading the offensive in Donetsk in eastern Ukraine. The Kremlin on Tuesday announced victory in neighboring Lugansk. The entire area of ​​Donbas, which includes two self-proclaimed and Russian-dependent people’s republics, is under the threat of increased attacks.

– Ukrainian authorities are calling on residents of the Donetsk region to evacuate in connection with Russian attacks. Russian troops are carrying out chaotic firing, which is to cause casualties among the civilian population and cause panic, emphasized the head of the region’s authorities in the east of the country, Pavlo Kyrylenko.

The Russians attack, among others, Slavyansk in the Donetsk region. The market square in the town burst into flames, killing two and injuring seven.

Russian troops are also probably trying to gain access to rural roads southeast of Bakhmut (Donetsk Oblast) to approach the city from the south. They also carried out limited and ineffective attacks in the north of Kharkiv Oblast. The Ukrainians, on the other hand, launched a counterattack on a limited scale southwest of the city of Donetsk.

Share
Facebook
Twitter
Pinterest
WhatsApp
Previous articleJuly 4th Illinois capturing: Group members maintain candlelight vigil for victims
Next articleUSA. A two-year-old lost both his parents in a shootout in a Chicago suburb. A fundraiser to help the grandparents is underway