The war in Ukraine. Russian officer for CNN: I quit the military because I felt guilty 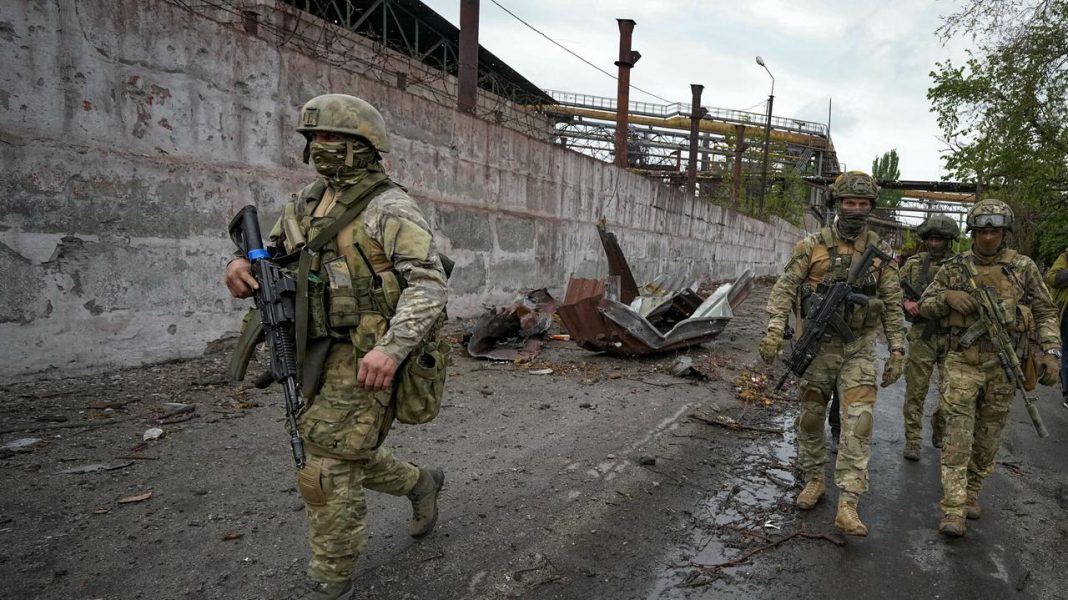 After several weeks of sleeping on boxes with grenades that replaced his bed and hiding his face from the Ukrainians, a Russian officer, torn by remorse, concluded that this was not his war, writes CNN in an article published on Sunday. A Russian, who took part in the fighting in Ukraine, confessed in an interview with the American station why he risked everything to sign out “of Putin’s war”.

– We were dirty and tired. People around us were dying. I didn’t want to feel part of it, but I was, the Russian officer told CNN. A man who participated in the invasion of Ukraine claims that he went to his commander and handed him his resignation.

CNN does not disclose the soldier’s identity for safety reasons.

“His story is unusual, but it could be one of many,” CNN points out, adding that there are more and more reports of Russian soldiers – both professional and conscript – refusing to participate in the fighting in Ukraine.

According to Western authorities, including the Pentagon, Russian troops are facing heavy casualties and low morale among their soldiers. British intelligence says some Russians refuse to obey orders.

CNN’s interlocutor was one of the thousands of soldiers sent to the west of Russia at the end of last year. The accumulation of Russian troops along the border with Ukraine has raised concerns in the world, but the Russian says he has not thought too much about the purpose of this mass mobilization. “Even on February 22 (two days before the Russian invasion of Ukraine – ed.), When he and the rest of his battalion, stationed in Krasnodar in southern Russia, were asked to hand over their cell phones, without any explanation,” writes CNN.

They spent that night marking military vehicles with white paint. – Draw the letter Z, like in Zorro – he heard from his commander.

– The next day we were taken to the Crimea. Honestly, I thought we wouldn’t go to Ukraine. I did not think it would happen at all – said the Russian in an interview with CNN.

CNN’s interlocutor claims that he and his companions in the occupied Crimea were not aware of this. He said the command had not informed them that the “special operation” had started, and due to the seizure of their phones, they had no contact with the outside world.

Two days later, they themselves were sent to Ukraine.

– Some people simply refused. They wrote their resignation and left. I don’t know what happened to them. I stayed. I do not know why. The next day we set off – reported the Russian soldier.

The military officer maintains that he did not know the purpose of the mission. He argued that President Vladimir Putin’s translations of the need to “denazify” Ukraine, which was part of Russia, had not reached him. – We were not bombarded with the rhetoric of some “Ukrainian Nazis”. Many of us did not understand what all this is for and what we are actually doing here – he argued.

He told CNN that he hoped for a diplomatic solution to the conflict. He confessed that he felt guilty about the Russian invasion of Ukraine. He noted, however, that he was not very well oriented in politics.

“The most important thing is to live another day”

His detachment crossed the Ukrainian border in a long column of military vehicles. The first thing he remembered was the sight of boxes of Russian food rations and piles of damaged equipment strewn everywhere.

“I was sitting in the truck with the gun tightly in my hand,” he recalled. He had two more grenades with him.

His battalion was dispatched northwest towards Chersonia. At one point, the convoy was attacked by a resident of a Ukrainian village who began hitting the vehicles with a stick, shouting insults at the Russian troops.

– He almost entered the cabin in which we were sitting. There were tears in his eyes. It made a great impression on me – said the Russian. – In general, when we saw the locals, we were tense. Some of them hid their weapons under their clothes, and when they approached us, they started shooting – he reported.

He said that out of shame and fear for his safety, he was hiding his face from the Ukrainians. – For the first week I was shocked, I didn’t think about anything – said the Russian CNN station. – I was going to sleep thinking: today is March 1st, tomorrow I will wake up and it will be March 2nd. The most important thing is to live another day. Several times the missiles came very close. It’s a miracle that none of us died – admitted the man.

The Russian officer claims that he was not the only concerned and confused soldier who did not know why he ended up in Ukraine.

He remembers that a significant revival among the soldiers was caused by the information that bonuses for participation in the fighting will soon be paid. “Someone shouted, oh, 15 more days here and I’ll finalize the loan,” he recalled.

After a few weeks, the Russian was sent to the rear with the equipment that needed repair. He said that by being away from the front lines, he had more time to reflect and began to realize what was happening.

“We had a radio in there and we could listen to the news,” he told CNN. – This is how I found out that stores in Russia are closing and the economy is collapsing. I felt guilty about it. But I felt even more guilty because we invaded Ukraine – he argued.

In this situation, he added, there was only one thing he could do. “Finally, I gathered my strength and went to the commander to resign,” he said.

First, his application was rejected. The Russian heard that he could not refuse military service. – (Commander) told me that it could lead to a criminal trial, that giving up the service is treason. But I did not let go. So I got a piece of paper and a pen – he recalled.