“Together with Ukraine” concert broadcast in 50 countries. You can now support the help campaign by sending an SMS 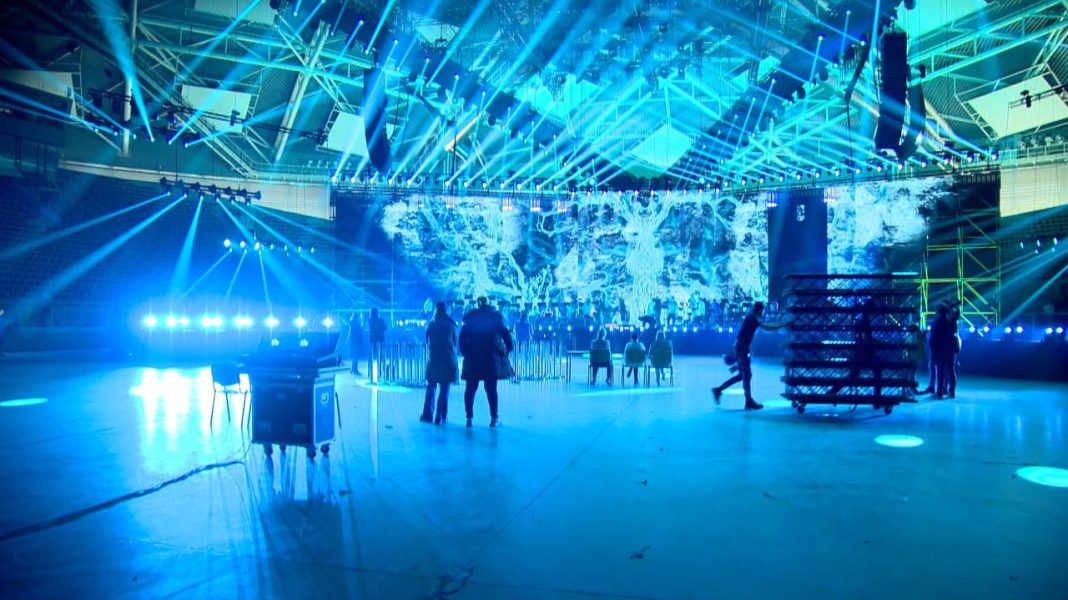 The charity concert “Together with Ukraine” on Sunday at 8 pm. The greatest stars of the Polish and Ukrainian music scene will perform at the Atlas Arena in Łódź. – Ukrainians are waiting for this concert, they are there, abroad and cannot do such a big event now. This is a very singing nation that sings even on the front lines, fighting with a rifle in hand – said Alina Makarczuk, co-host of the Sunday concert on TVN24.

“Together with Ukraine” is a unique, charity concert. All proceeds from the project will be donated to the Polish Humanitarian Action, which has been helping Ukraine since the beginning of the Russian aggression in 2014. Before the concert, a special advertising block will be broadcast, the proceeds of which will also go to the Polish Humanitarian Organization. Sending is now possible SMS messages TOTAL to 72365 (cost PLN 2.46 with VAT / SMS). The income will be credited to the fundraiser.

The concert that will start at 20 at Łódź Atlas Arena will be broadcast on TVN, Player and Ukrainian TV, as well as in 50 other countries, including Germany, Spain, Great Britain, USA, Portugal, France, Italy, Estonia, Lithuania, Latvia and Kazakhstan.

“Together with Ukraine” – who will perform?

“Together with Ukraine” – charity concert in Łódź. Who will perform?

Journalist Alina Makarczuk, the concert host, said on Sunday on TVN24 that everything is buttoned up to the last button. – Ukrainians are waiting for this concert, they are there, abroad and cannot do such a big event now. This is a very singing nation that sings even on the front lines, fighting rifle in hand – she added.

– I think it will be another example of our unity, another example that we are one family with Ukrainians, that we are brothers and sisters supporting each other. The most important heroes of the evening will not be us or the musicians, artists and the audience, but those who are at the front with rifles in hand. All this is for them, who risk their lives and shed their blood, not only for their homeland, but also for the whole free world – reminded Marcin Prokop, the second of the pair who co-host the concert.

– Every word spoken on this stage will have its weight, because this concert will be broadcast to 50 countries. It will not be a place for happy jokes, joyful bucks. It will be a place where we want to unite, to be together, because this is what we need the most now, Prokop emphasized.

Makarczuk confessed that it would be a very special evening for her personally. – I know my mom will be watching. Dad will see later because he is moving, he is not at home. They are heroes to me – she said. – Parents thank Poland for the fact that we can do something like that today – she added.

The organizers of the event announce that the repertoire will include contemporary pieces as well as those that have become a permanent part of Polish and Ukrainian history. music. Wojciech Urbański – music director of the event – is working on the final concept of the concert with Anna Stawiczenko, director of the Kiev Symphony Orchestra, which is currently in Poland.