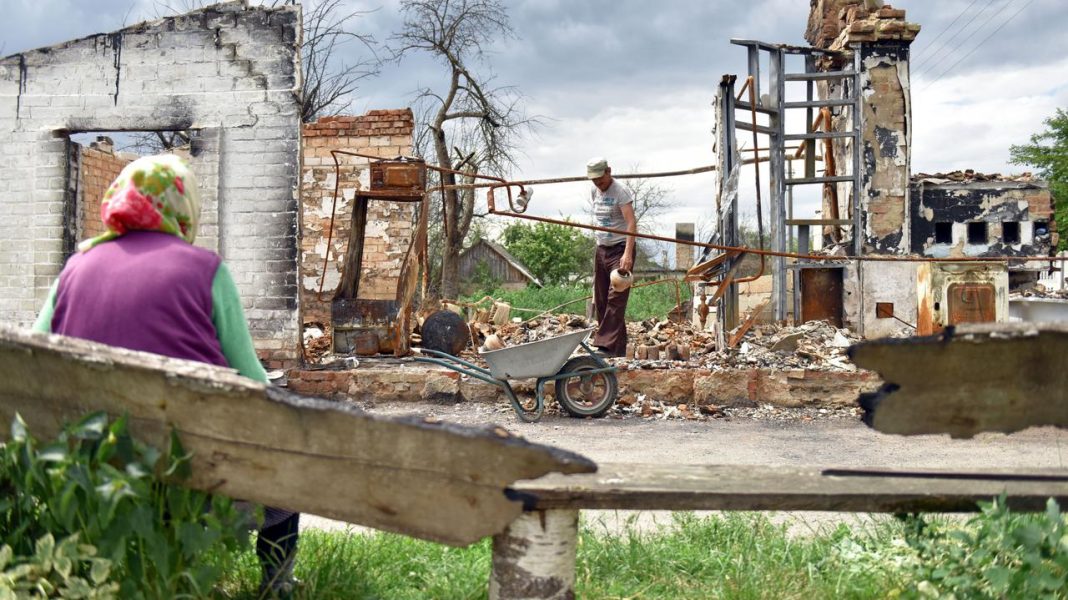 The Russian invasion of Ukraine has been going on on day 121. If Severodonetsk is occupied, the people who hide in the shelters of the Azot chemical plant will become hostages to the Russian invaders, said Serhiy Hayday, head of the administration of the Luhansk region in eastern Ukraine. Here are the highlights of the last hours.

> If Severodonetsk is occupied, the people who hide in the shelters of the Azot chemical plant will become hostages to the Russian invaders, said Serhiy Haydaj, head of the administration of the Luhansk region in the east Ukraine.

> Our troops stopped the attack of the Russian army on the southern outskirts of Lisichansk in the Luhansk region, forcing the enemy to retreat. The invaders are reaching for reserves to resume the assault on this section of the front, informed the General Staff of the Armed Forces of Ukraine.

> The heads of state and government of the European Union, who started the summit in Brussels on Thursday, agreed Russia for a country that is trying to use food as a weapon in the war with Ukraine and is solely responsible for the artificial world food crisis, according to the summit conclusions, published on the website of the European Council.

> Nike in full swing in the coming months will withdraw from Russia – Reuters reported, citing the company’s statement. Cisco, the IT and telecommunications giant, also announced that it was shutting down its business operations in and around Russia Belarus.

> EU leaders decided to granting Ukraine and Moldova the status of candidate to the European Union. – This is a unique and historic moment – assessed the president Volodymyr Zelensky. – We will do everything to quickly fulfill the necessary plan that will allow Ukraine to start talks on joining the EU – added the head of its administration, Anrij Jeremak.

> The White House announced a new, 13th package of military aid for Ukraine worth 450 million dollars. The new package includes, among others four more HIMARS rocket launchers, as well as patrol boats and tens of thousands of artillery ammunition.

> The European Union should stop imposing sanctions on Russia because of its invasion of Ukraine, and instead press for a ceasefire and start negotiations, said Balazs Orban, chief adviser to Hungarian Prime Minister Viktor Orban.

> Nobel Peace Prize winners who end their meetings with refugees, volunteers and aid organizations in Poland and Ukraine, called for an end to the war. They mentioned that they had heard stories full of pain in the last few days, but also saw the power of women.