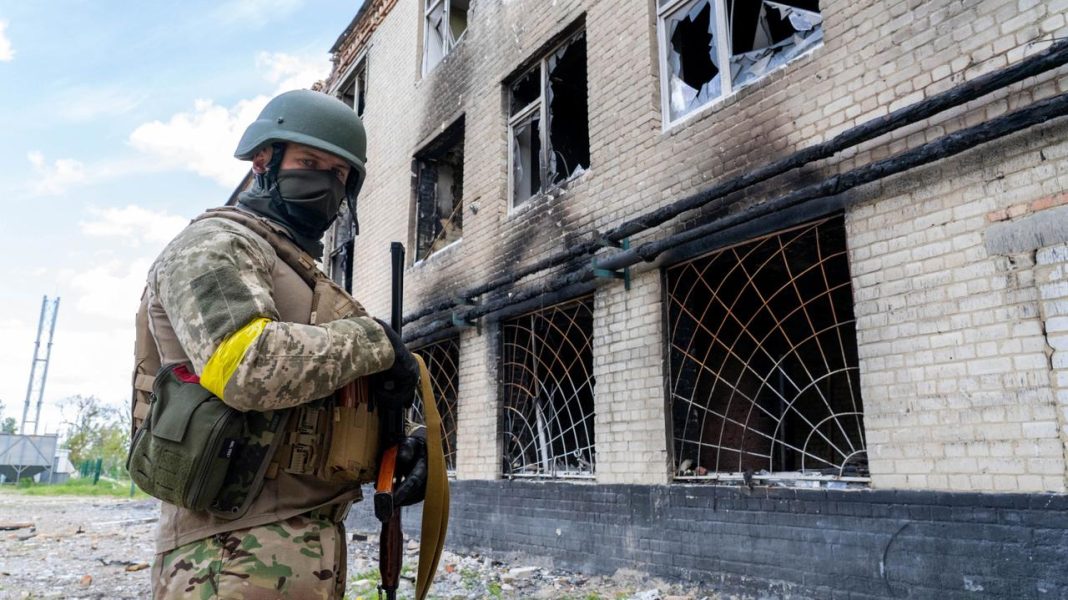 Russian armed aggression against Ukraine lasts 88 days. President Andrzej Duda is in Ukraine to deliver a speech to the Supreme Council. The President of Ukraine, Volodymyr Zelensky, informs about the “extremely difficult situation” in the Donbas. He reported that the Russian army tried to attack the cities of Slavyansk and Severodonetsk, but that the Ukrainian forces were holding back the attack. Zelensky’s advisor, Mykhailo Podolak, ruled out a ceasefire with Russia at this stage. He said that Kyiv would not accept any agreement with Moscow that would entail the cession of Ukrainian territory. We remind you of the most important events of the last hours.

> On Saturday night, the Chancellery of the President announced the visit President Andrzej Duda in Kiev. He is to meet the president Volodymyr Zelensky and give a speech to the Supreme Council of Ukraine. Jakub Kumoch, head of the presidential International Policy Bureau, emphasizes that the Polish president will be the first head of state to be honored in this way since the beginning of the war.

> The Minister of Infrastructure of Ukraine, Oleksandr Kubrakov, said that the losses in infrastructure caused by the Russian attack amounted to from 30 to 40 billion dollars. He presented the scale of the losses: 300 bridges destroyed, 23 thousand kilometers of roads, 6 thousand kilometers of tracks, 20 railway stations razed to the ground. As the minister added, each airport was attacked at least once. Those in Kiev and the Dnieper were bombed many times by the Russians. The general staff said that Russian troops use aviation to a greater extent to destroy the critical infrastructure of towns in the vicinity of the front.

> During the last 24 hours in the Donetsk and Luhansk regions Ukrainian troops repelled nine attacks by the Russians – the general staff of the Ukrainian army said in a press release. Only in these two regions, the Ukrainians managed to neutralize five tanks, four artillery systems, ten armored combat vehicles and two wheeled vehicles, according to information from the Ukrainian command.

> “The situation in Donbas is extremely difficult,” admitted the President of Ukraine in his evening speech Volodymyr Zelensky. He reported that the Russian army tried to attack the cities of Slavyansk and Severodonetsk, but that the Ukrainian forces were fighting back the attack.

> According to Reuters, Zelenskiy’s adviser, Mykhailo Podolak ruled out consent to a ceasefire and said Kyiv would not accept any deal with Moscow that would entail the withdrawal of the territory. He said that any concessions in this regard had a negative impact on Ukraine, because Russia – in his opinion – would use the break in the fighting to strike with even greater force after some time. “They will use the hold-up to strike again: on a larger scale and in an even bloodier way,” said Podolak, quoted by Reuters.

> The Russian side reports that the last soldiers at the Azovstal plants surrendered on Friday. Thus, Mariupol was conquered, and the Russians completed the construction of the land corridor from mainland Russia to the Crimea.

> Ruslan Levieva Russian independent analyst on military affairs said that Ukrainian troops within two months they will start a “wide counteroffensive”. At the same time, the expert claims that the Russians no longer have a chance to return to their original plans, which included the occupation of Kiev. In his opinion, show trials of Mariupol’s defenders, who fell into the hands of the Russians, should be expected.

> Ukrainian National Guard decommissioned the Russian combat vehiclewhich earlier on Saturday destroyed an important bridge in the Luhansk region and shelled Severodonetsk – he said Serhiy Haydaj, head of the district authorities. It was reported that the launch of the fire was helped by propaganda material on Russian television.

> The portal Suspilne, citing information from residents, announced in the evening that Russian forces fired on the village of Biłozerka in the occupied Kherson Oblast. A boy, a 12-year-old girl and an English teacher died.