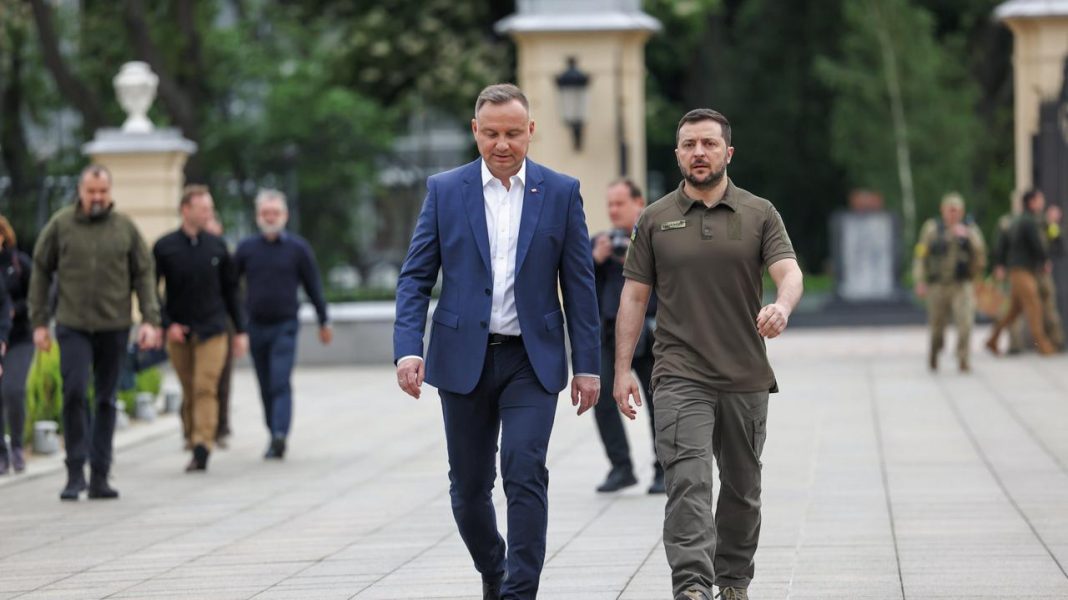 President Volodymyr Zelensky intends to submit to the Ukrainian parliament a draft law granting Poles a special legal status in Ukraine. The announcement was made during the visit to Kiev by President Andrzej Duda. At a joint conference with the leaders, Zelenskiy explained that all the rights that Ukrainians received in Poland will be enjoyed by Poles on the territory of Ukraine.

– We must pay attention to the law on persons temporarily displaced from Ukraine passed in Poland, which actually equates Ukrainian citizens with Polish citizens, with the exception of the right to vote. Therefore, a similar law will be passed in Ukraine on the president’s initiative, the spokesman for Volodymyr Zelensky, Serhiy Nikiforov, quoted by the Ukrinform agency, announced on Sunday.

According to him, it is too early to talk about the specific provisions of the law that the Ukrainian Ministry of Foreign Affairs is working on. Nikiforov also did not give a specific date for bringing the bill to the Verkhovna Rada.

Volodymyr Zelensky announces a “mirror project” regarding the Polish law

On the other hand, the Ukrainian president, speaking on Sunday in the Supreme Council of Ukraine in the presence of President Andrzej Duda, thanked the Polish Sejm for the adopted law on assistance to Ukrainian citizens. – Legal residence, employment, training, medical care and social security. This is a great step and a gesture of great soul that only a great friend of Ukraine is capable of, he said. He assured that this step would not be without reciprocity.

He announced that he would present a “similar – mirror project” to parliament in the near future.

– God forbid that Polish citizens would ever need all these privileges in such conditions, in conditions of war. (…) And I am convinced that the Ukrainian parliament will support this law – quickly and with a decisive majority – he added.

Zelenskiy: all the rights that Ukrainians have received in Poland will be enjoyed by Poles in Ukraine

Zelenskiy was asked about the project at a later press conference with Duda.

– Today I said in the Verkhovna Rada of Ukraine, during my speech, that it was an unprecedented signal in terms of the respect and support we received from the Polish people, from the Polish government. And the point is to pass this type of law (…). And there must also be our action in this regard and this bill will be in the Verkhovna Rada and this law will be adopted by the majority of Ukrainian deputies, he said.

– All the rights currently granted to Ukrainians in Poland, the same rights will be enjoyed by Polish citizens on the territory of Ukraine – he said.

– But the very idea, when it comes to this act, repaying yourself, is an idea that arose long before the beginning of this war. I wanted the relevant laws and agreements to be signed if it was needed and if it had to be ratified by our parliaments. Poland is number one on this list. I will do everything to ensure that appropriate agreements are signed with all our neighbors – he continued. He made a reservation: – Apart from those neighbors who consider themselves the hosts of our land.