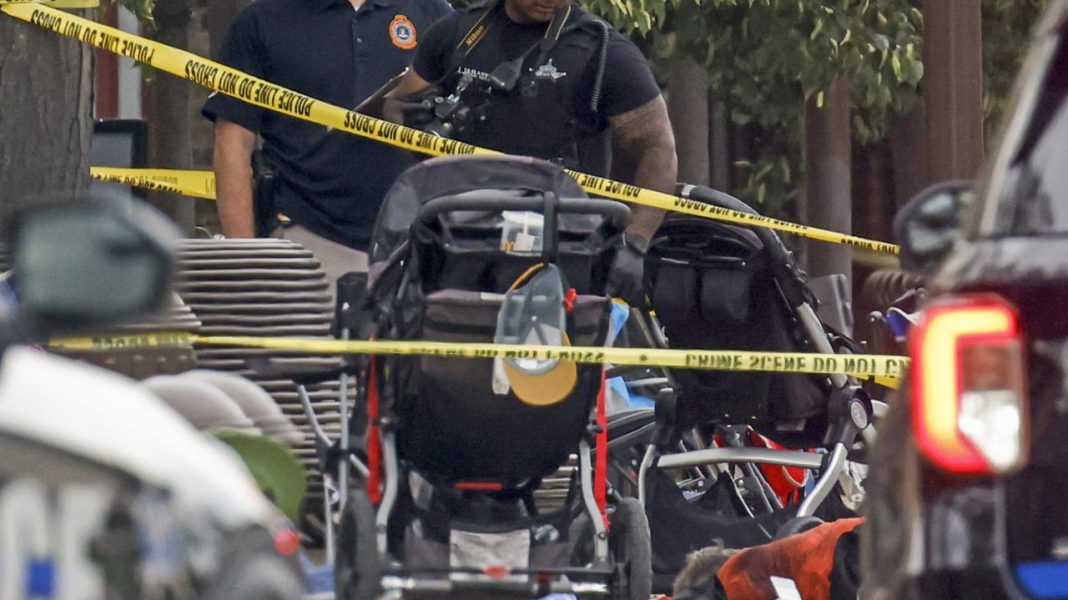 The fate of two-year-old Aiden McCarthy, wandering alone at the site of the shootout in which he lost both his parents, touched the hearts of Americans. A fundraiser is underway to support the caregivers of an orphaned child during the Monday Independence Day Parade in the Chicago suburbs. Almost 1.9 million dollars was raised within 12 hours.

The child was helped by Dana and Greg Ring right after the shooting. The couple told CBS Chicago that when they met Aiden, he was in the hands of a stranger who seemed to be shocked and in this state “should not be forced to look after the baby”. The couple decided to take the boy and try to find his parents. Luckily, the boy wasn’t hurt. However, when they saw the site of the shooting, which they themselves referred to as “the slaughter”, they carried the child to the car of the emergency services.

Unfortunately, it quickly turned out that Aiden’s parents, 37-year-old Kevin McCarthy and 35-year-old Irina McCarthy, were among the victims Highland Park shootings. The boy was taken to the local police station, where his grandfather, Michael Levberg, soon arrived.

“When I picked him up, he asked if mommy and daddy were coming soon, he didn’t understand what was happening” – confessed the man quoted by the Chicago Tribune. Lavberg, 65, told a newspaper journalist about his daughter, son-in-law and grandson. Irina was born in Moscow. and moved with her family to the USA when she was 2.5 years old. She grew up in Highland Park, then decided to start a family here. She met Kevin, who was two years older, at work and they got married five years ago. They were to fly with their son-in-law to Ireland for his birthday. As he assured, the whole family will now look after Aiden, who is still waiting for his parents. “He doesn’t know anything. He doesn’t realize it,” says my grandfather.

One of the popular websites is collecting money to help grandparents raise orphans. The goal was set at 500,000. dollars, but in the first 12 hours it was possible to collect nearly 1.9 million dollars.

“Aiden will be cared for by a loving family. But he has a long way to go before he finds his balance to go through life as an orphan. He is surrounded by friends and extended family who will embrace him lovingly and will do whatever it takes to ensure that he is left with nothing when he is there. he grew up “- inform the organizers of the collection.

Americans moved by the fate of 2-year-old Aiden

In addition to donations, those taking part in the fundraiser share their words of support with the family. “Sweet Aiden … I’m the parent of a two-year-old myself, and my heart breaks when I think of you. I just can’t imagine what you’re going through wondering what happened. You’re probably still waiting to see your parents. It’s so tragic. In that, it’s so tragic. century, all your parents’ hugs were taken away. I hope that the donations will help in continuing this very difficult journey “- wrote one of the supporters of the campaign.

SEE ALSO: 76-year-old one of the victims of a shootout in a Chicago suburb

Share
Facebook
Twitter
Pinterest
WhatsApp
Previous articleThe war in Ukraine. How long will the conflict last? Report: The Kremlin is gearing up for a prolonged war
Next articleRepublican Latina playbook can assist GOP win Hispanic voters in midterm elections